Former RHOBH Star Yolanda Hadid Is “So In Love” With New Boyfriend! Plus Talks Feud With Lisa Rinna 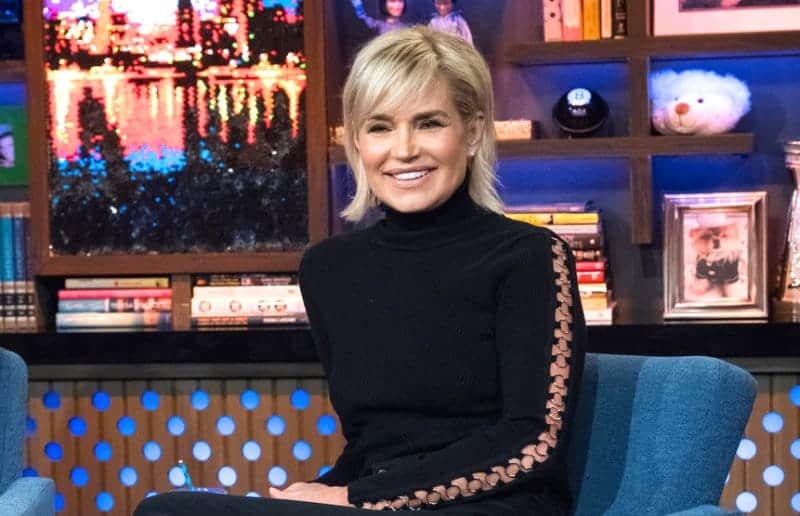 Yolanda Hadid has a new man in her life and she is completely in love!

The former Real Housewives of Beverly Hills star appeared on the Wendy Williams Show this week during which she spoke about her new boyfriend, her feud with former RHOBH castmate Lisa Rinna, and the status of her health today.

First Yolanda opened up about her 7-year battle with Lyme disease revealing she is doing much better these days.

“I feel amazing. I mean I’m in remission finally,” said the 53-yr-old former model. “But obviously it was a tough road.”

The topic then turned to her former castmate Rinna who famously accused her of having munchausen and faking her Lyme disease illness.

“You know what. Who wants that attention? I was on the show for 4 or 5 years. Who wants attention for that long?” said Yolanda, denying she faked her illness. “I wanted attention for being out, selling a line of clothing or something exciting yet I was in bed for all those years just struggling to make it to work everyday.”

She added, “I had to put it aside and say it’s ignorance. People judge the things that they don’t know.”

Yolanda however shockingly revealed that Rinna has since apologized to her after reading her book – Believe Me: My Battle with the Invisible Disability of Lyme Disease.

“The full cycle of it is eventually she read the book and about maybe two or three months ago she wrote me the most beautiful apology letter asking for forgiveness,” revealed Yolanda. “And I said honey I’ve moved on many years ago and thank you for actually acknowledging your mistakes. And more power to you.”

Finally Yolanda discussed her new boyfriend after Wendy asked her if she was dating anyone.

“I just met an amazing man. And I’m very much in love,” shared Yolanda while also stating being single for a while was good for her. “You know what I’ve been single for two and a half years, and I needed to take that time for me to heal and to step into my own power as a single woman.”

FIND OUT WHY BRANDI GLANVILLE IS NO LONGER FRIENDS WITH YOLANDA HADID!

Yolanda is however keeping her new beau’s identity under wraps citing that he doesn’t want to be in the public eye.

“He’s actually younger than me. Two months or three months,” Yolanda told host Wendy. “He is a very private person. He is a businessman and that’s just the way I like it.”

Good to see that Yolanda has moved on from ex-husband David Foster who is now dating much younger singer and actress Katharine McPhee.

Yolanda was on the show to promote her new reality show Making a Model which premieres this week on Thursday, Jan. 11 on Lifetime.