The Real Housewives of Beverly Hills Recap: Dorit vs Camille! 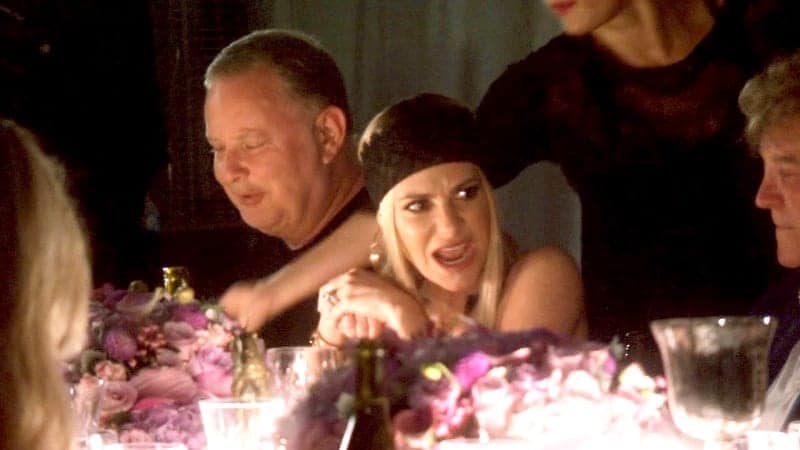 The modeling! The construction! The horses! The fighting! Yep. It’s just another episode of the Real Housewives of Beverly Hills.

Rinna is fake complaining about her life, flying into Tokyo by herself, while her wanna be Haddid daughters are busy modeling. Erika will be meeting her new bestie Rinna over in Tokyo, which seems like an odd duo, but who am I to judge? Rinna’s daughters show up to greet their mama at the airport in matching purses and Tokyo gear. They are flooded by fans, but I think it’s because the fans believe they are seeing Gigi and Bella Haddid. Rinna ACTUALLY says, “I wonder what Kris Jenner would do in this situation?” when she realizes how “big” her girls have gotten. OMG. I told you guys. Rinna is basically Keeping up with the Kardashians. Pun intended.

Teddi gets the invite to LVP’s castle– a “zoo castle.” Obviously, Teddi heads right over to the mini ponies, because, don’t forget, she LOVES horses! LVP proceeds to give Teddi the “house tour,” aka the check- out- how-big-my-closet-is tour.

Dorit and Kyle join the girls for a lunch full of rose and rose petals. Kyle continues to complain about her reno and we can’t even pretend to feel bad for her since she just returned from Croatia, Mykonos, and the South of France. Clearly all of this travel hasn’t helped Kyle with her geography. She confuses Tokyo and Hong Kong. Eye roll. Of course the conversation veers to Lisa Rinna, because that’s Dorit’s favorite and ONLY thing to talk about. #trashtalker. Teddi states that everyone has been nice to HER, but it’s only a matter of time until someone turns on her. The ladies cackle and I believe we are witnessing foreshadowing at its finest.

The next day, Teddi and her perfect bod prep her kids for a hike. The fam , including the dog, hike up this hill and don’t even sound like they are breathing heavy. #goals.

In other news, LVP, the animal whisperer, shares that she has become the editor in chief of the Beverly Hills lifestyle magazine. How. Perfect. She explains to be without lavish jewelry would be a “cardinal sin.” LVP decides she will ask Dorit to “hand-model” the jewels since she has great hands and great décolletage. Hand model. HA! Does she have a face for radio, too?

Erika and her glam squad, including Mikey her “creative director,” have all made it to Tokyo. Delilah and Amelia fangirl over Erika, which is interesting cuz the last time I checked, THEY’RE the models. See. They already forgot, too! “Children of famous people” get in the door quicker, but Rinna explains that their window of opportunity is gonna close in “a hot second.” As she talks and talks about her daughters and their body guards, I see Erika’s wheels turning, for she, too, feels she deserves a body guard, I am certain.

Over at the castle, hand-model Dorit primps for the magazine shoot. It went from a “hand” shoot, to a full shoot. SURPRISE DORIT! Dorit is not feeling her best, but states it is “hard to say no to Lisa Vanderpump.”

In Tokyo, Rinna and Erika go sight-seeing, where they just point out random things such as: “look at that turtle! Oh there’s a frog!” Rinna shares with Erika that she is done fighting with Dorit and Erika is impressed by this. Yes, this does sound exactly like last week’s episode. Later on, for the evening look, Erika is donning a bright pink wig and ridiculous boots to go to a Geisha house. So basically, she is totally prepared to remove her boots. NOT. I HOPE that Erika feels absolutely ridiculous in her pink wig as she sits on the floor eating Nemo. The two bozos gag down the meal and talk kids. Erika has a half a second to be able to talk about her son, but then, Rinna quickly changes the subject to Gigi and Bella…I MEAN Amelia and Delilah.

As Kyle preps to entertain her guests (while her home undergoes renovations), the power goes out. It’s 100 degrees and there is no power in Kyle’s house. I am sure these ladies are gonna be into this. On the bright side, they’re heading in the right direction for a black out. Get it? Kyle’s husband shows up fashionably late to his own party like a smart, smart man. I wouldn’t want to spend a whole lot of time with this crew either.

For the last hurrah in Tokyo, Erika joins Rinna and the models for a dinner. Delilah shares with Erika that her mother’s sex book taught her how to give a blow job. SO awkward. Rinna explains that she is not a perfect mother, but she does believe she gives her daughters the best tools to be successful in the real world. You know, “tools.”

At Kyle’s dinner party, the drinks are flowing hardcore, as is the heat. Between the lack of power and the spotlight on Camille’s new boyfriend, the party is getting “lit.” Dorit is hammered and is experiencing word vomit at its finest. Dorit suggests that she will create a whole new “strap on” line named Camille, because THAT makes sense. And then she shouts out that Camille is a stupid c*nt. Someone take away the shots from Dorit. “A ranting, crazed drunk woman” is the way that Camille explains Dorit’s antics. We all know Dorit’s gonna have to pay for those words…

TELL US – WHAT ARE YOUR THOUGHTS ON THIS RHOBH RECAP & THE LATEST EPISODE?