Home Real Housewives of Atlanta News PHOTO – Nene Leakes Selling T-Shirts With Her Mugshot On It! Plus Calls Kim Zolciak “Lowest Person Around”

PHOTO – Nene Leakes Selling T-Shirts With Her Mugshot On It! Plus Calls Kim Zolciak “Lowest Person Around” 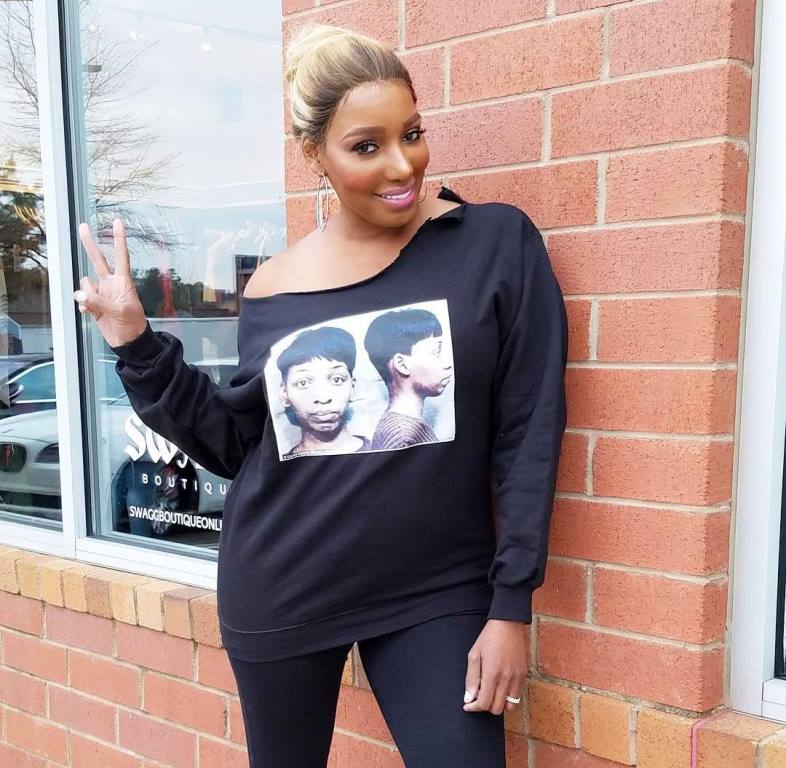 Having a hard time deciding if this is a case of turning lemons into lemonade or just being shameless, but Real Housewives of Atlanta star Nene Leakes is now selling t-shirts with her mugshot on it!

This comes after Nene’s castmate Sheree Whitfield called her a hypocrite for criticizing her prison beau Tyrone Gilliams by calling him a con artist. Fun fact you ask? Tyrone is currently serving 10 years in prison for conning people out of millions! Sheree however felt Nene had no room to talk since she has also had multiple run-ins with the law when she was younger (hence the mugshots).  But apparently Sheree was barking up the wrong tree because Nene most definitely is not ashamed of her past!

Nene took to her Instagram to announce the sale of her new t-shirts at her Atlanta boutique. She wrote, “From MUGSHOTS to MILLIONS t-shirts go on sale this week so look out for that #ownit #swagg #growingpains#cantbebroken Exclusively at Swagg Boutique ATL.”

In other Nene news, she is taking on her frenemy Kim Zolciak in her latest blog. Nene doesn’t hold back as she calls Kim “the lowest person around” for claiming that Kandi Burruss had once made a move on her in the past. Something Kandi vehemently denies.

Below are excerpts from Nene’s Bravo blog –

Bravotv.com: Were you surprised to hear what Kim was saying to Sheree during their dinner?
NeNe Leakes: I was shocked to hear Kim say some of the disgusting things she was saying to Sheree during their dinner! She has got to be the lowest person around! I mean you can’t go lower than her, because she puts the bar on the ground every time she opens those huge plastic lips.

Bravotv.com: What did you think of Mbele the medium?
Mbele was without question a different type of medium. I think she just got really frustrated after trying a number of times to get Kim to participate.

Bravotv.com: Do you think anything was resolved at the “Elephant Room” event?
There wasn’t much resolved at the elephant room event, but what I learned was that my relationship with certain girls probably wasn’t going to go any further than where it was, and that’s OK.

TELL US: SELLING T-SHIRTS WITH YOUR MUGSHOT ON IT – YAY OR NAY?