Is Vanderpump Rules’ Brittany “Trying to Manage” Jax So He Doesn’t Cheat Again? 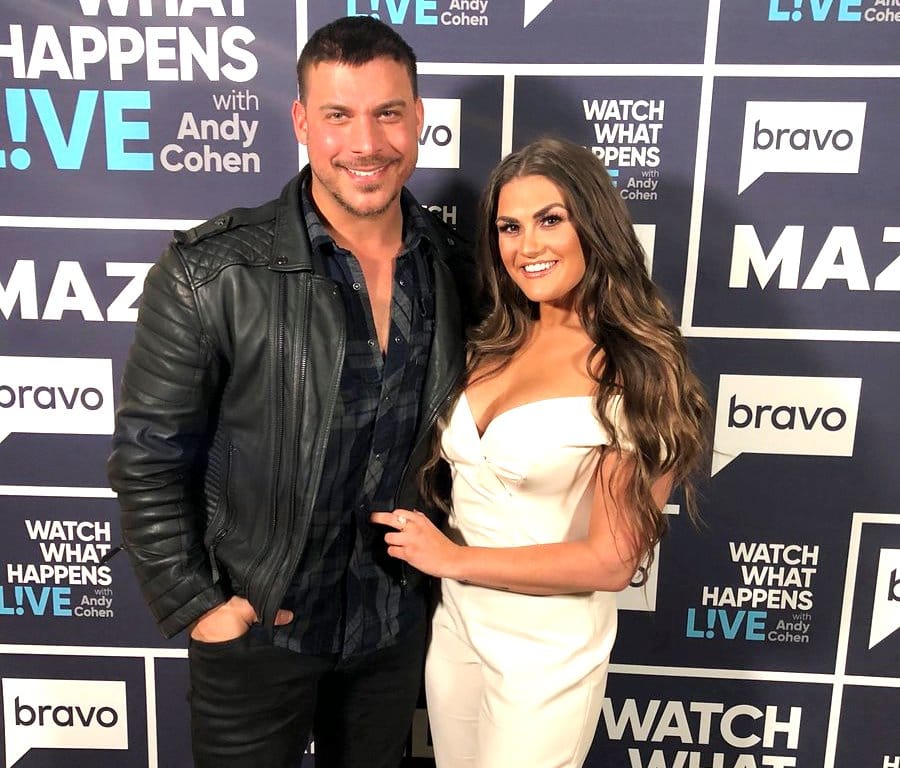 The current season of Vanderpump Rules premiered last month and ever since the major story-line on the show has been Jax Taylor cheating on his girlfriend Brittany Cartwright.

In unusual Jax fashion, he actually admitted to Brittany that he did cheat on her with former SUR server Faith Stowers. As if that wasn’t bad enough, a secret recording that Faith made of Jax, in which he trashes Brittany, was unveiled on the latest episode much to the ire of Brittany. And despite all of this, Brittany has shocked viewers by choosing to stay with Jax.

But is all well between the two? A new report states there is still some tension in the couple’s relationship.

According to Page Six, Brittany, 28, is not completely over being cheated on and might still have fears that he will cheat again. Sources reveal Brittany is now “trying to manage Jax” following the cheating scandal. Good luck with that Brit!

The source adds that “they are on the rocks right now and are not together fully.”

This latest bit of news is interesting considering an earlier report that claimed producers of the show pressured them to get back together during filming after Jax cheated.

Page Six also adds that while the couple was in New York City this week for Brittany’s appearance on Watch What Happens Live, Jax, 38, was on his best behavior, confining himself to their hotel room with their dogs.

By all appearances, it does appear Jax is still trying to get out of the dog house. He has spent this week making sweet posts about Brittany including a recent tweet where he praises her.

Jax tweeted, “Such an amazing job she did, After I made her life hell and she’s been my rock every day. I love you babe. ?”.

He also shared another tweet complimenting her on looking “stunning” during her WWHL appearance.

No word yet on how many more tweets it will take to get Jax fully out of the dog house!

TELL US – DO YOU THINK JAX & BRITTANY’S RELATIONSHIP WILL LAST?