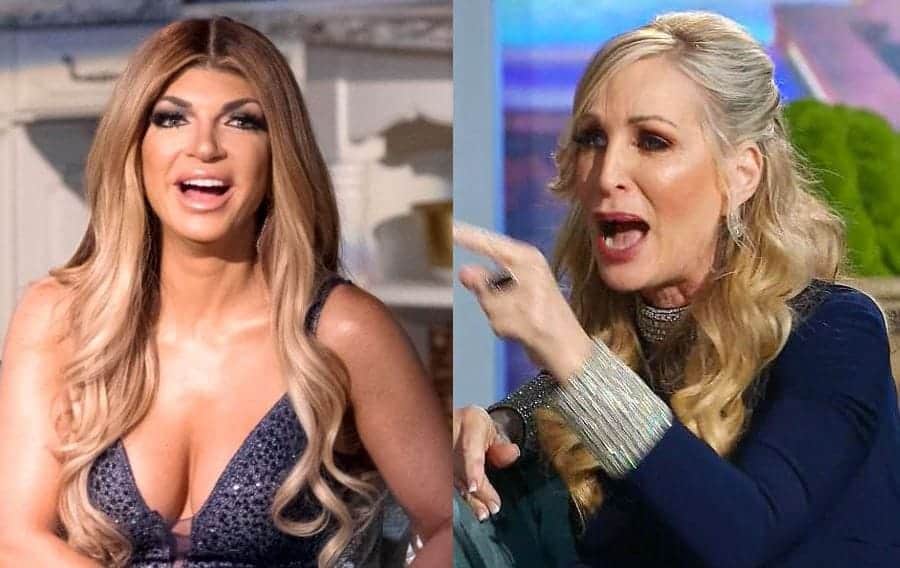 If there’s one thing we can count on with the Real Housewives of New Jersey, it’s that they know how to bring it in the drama department!

And despite not being a full-time cast member, Kim DePaola does her part in consistently being involved in some drama with the N.J. ladies. The latest is that Kim D. is now planning to sue Teresa Giudice, and it all has to do with some shocking allegations Teresa makes about Kim on the RHONJ reunion.

If you recall, the RHONJ reunion trailer previews a showdown between Teresa and Kim D., and Teresa can be seen accusing Kim of being a “madam.” Yikes. As in running a prostitution ring.

While Teresa’s stunning allegations won’t air until this Wednesday on the second part of the reunion, Kim D. is wasting no time when it comes to taking legal action.

“I called my attorney,” an angry Kim D. told Radar Online. “This is 1000% defamation of character.” (You have to admit that it’s pretty funny to hear Kim D. of all people talking about defaming others!)

“She has no f**king right to say I run a prostitution ring! To even say something as slanderous as that? She’s known me for 9 years. I wish I was a madam!” said Kim D.

Kim D’s attorneys also spoke out stating they  “advised that what was stated does fit the definition of defamation and possibly may be slander per se.”

As for what led to Teresa’s comments, it all has to do with Kim D’s continued claims that Teresa is cheating on her incarcerated husband Joe Giudice with a younger boyfriend.

Kim however maintains that she is “a clean business woman,” citing that she once worked two jobs so she could support her mother during hard times.

“I’m not scamming people. I’m not doing illegitimate things. I’m not running a prostitution ring! To say that is unacceptable. She’s going down!” said Kim D. in what we can only imagine was in her yelling outside voice!

She also took on Melissa Gorga insisting she was a stripper in the past despite the many denials of Melissa.

“Melissa lies. Melissa was a stripper. Teresa went to jail. They scam everyone,” added Kim D.

Sounds like part two of the RHONJ reunion will be one to watch! It airs Wednesday night on Bravo at 9/8c.

TELL US – THOUGHTS ON KIM D’S PLANS TO SUE TERESA? DOES SHE HAVE A CASE?