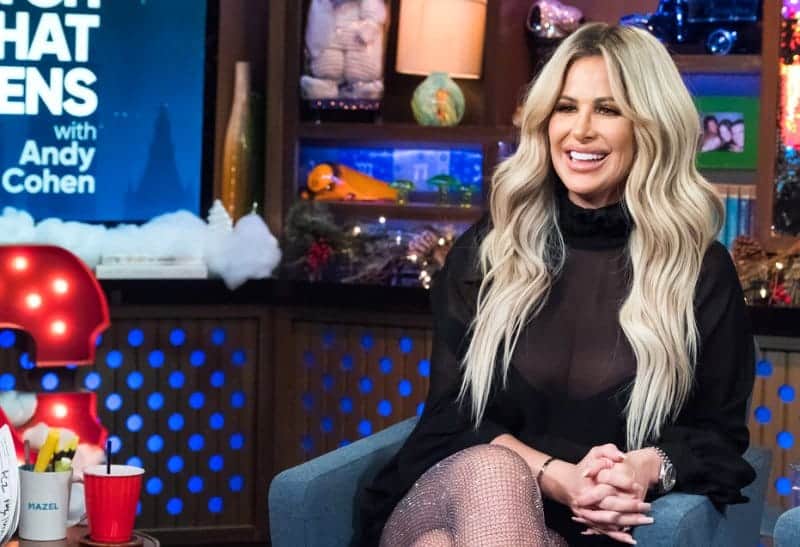 Kim Zolciak made her return to the Real Housewives of Atlanta this season as a part-time cast member, though according to a new report her fellow castmates would rather not have her on the show at all!

Sources tell In Touch Weekly that the RHOA cast is banding together to try to get Kim kicked off the show.

“Basically, the other women don’t want her to return next season,” says a source, adding that everyone on the cast – especially Nene Leakes, Kandi Burruss, and Kenya Moore – regrets bringing Kim, 39, back.

“They’ve had it with Kim’s outlandish behavior,” adds the source.

Additionally, Kim should be worried because the Bravo network reportedly agrees with the RHOA cast members.

“Bravo thinks they made a mistake, too,” says the insider. “Fans hate her and not in a good way. She doesn’t add anything to the show.” Ouch!

This is bad news for Kim as a report came out last week stating she was desperate to become a full-time housewife on RHOA because the show pays way more than her own spin-off Don’t Be Tardy.

TELL US – DO YOU WANT KIM TO RETURN TO RHOA NEXT SEASON?