Home Real Housewives of Atlanta News Is Kim Zolciak “Desperate” To Get Back On RHOA As a Full-Time Housewife?

Is Kim Zolciak “Desperate” To Get Back On RHOA As a Full-Time Housewife? 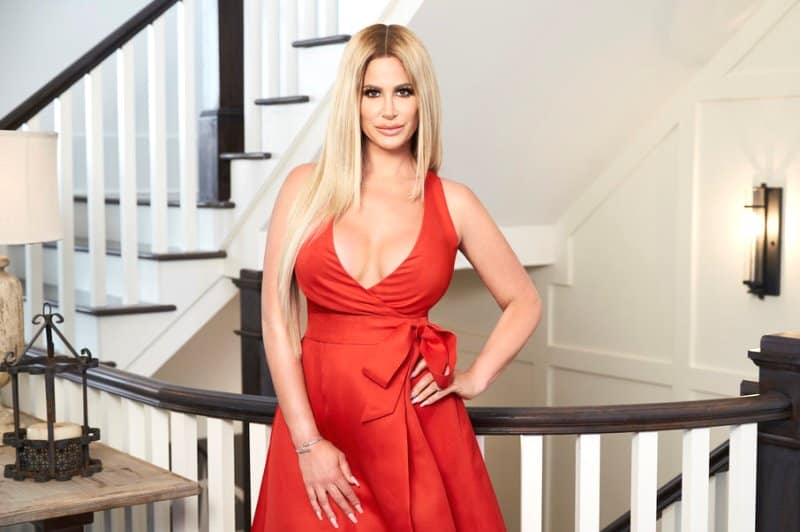 While Kim Zolciak made her return to the Real Housewives of Atlanta this season as just a part-time cast member, she has been bringing the drama and stirring things up with many of her castmates!

RHOA viewers have seen Kim feuding with Kenya Moore, Nene Leakes, Kandi Burruss and most recently even Cynthia Bailey! Seriously, who gets into a feud with Cynthia of all people? Well a new report today is now stating this might be a calculated move by Kim who is reportedly “desperate” to become a full time cast member again.

According to Radar Online, Kim, 39, is willing to do whatever it takes to become a full-time housewife and it all has to do with money! Of course.

While she makes money from her Don’t Be Tardy spin-off, RHOA pays more and appearing in every episode this season rather than just half of the episodes would mean more money for the reality star whose husband, Kroy Biermann, is no longer playing in the NFL.

“Kim offered to take a big pay cut on Don’t Be Tardy in order to come back full time on RHOA,” an insider reveals, stating that she earns an astonishing $90,000 per episode for RHOA (Bravo’s highest rated show), which is more than the $80,000 per episode salary she earns from her own spin-off.

“Kim told producers that she would be happy to not make as much money on her spin-off show if they would let her come back full-time on RHOA,” the source added.

However the RHOA producers are apparently not biting for the time being. “The RHOA ladies make so much money,” stated the insider, “and most likely only Kenya is leaving after this season, so there might not be enough to bring her back. Kim might not be worth all the money she wants, even if she is willing to take a pay cut on her other show.”

Yes it is widely believed that Kenya might not return after this season as producers are not happy with the fact that her new husband, Marc Daly, has refused to film scenes for the show.

TELL US – WOULD YOU LIKE TO SEE KIM RETURN AS A FULL TIME RHOA HOUSEWIFE?