REPORT – Jill Zarin Considering a Return to RHONY! Plus Is She Friends Again With Bethenny Frankel? 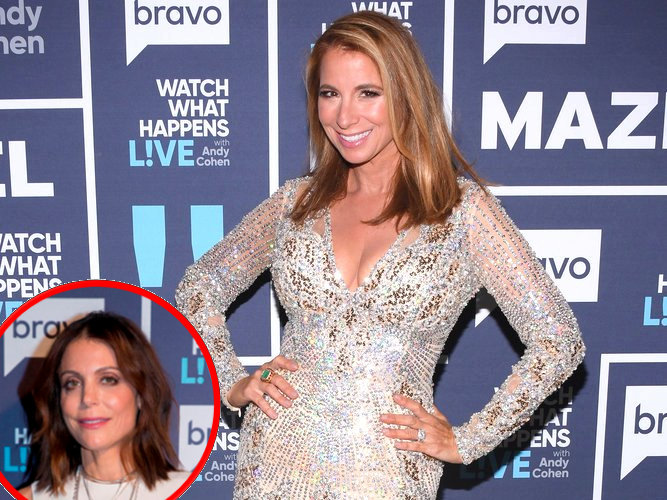 Jill Zarin’s life has been somewhat of a roller-coaster this past couple of weeks as she sadly lost her husband Bobby Zarin a few weeks ago to cancer, but then she was able to make up with former friend Bethenny Frankel at his funeral as the two ladies even shared a public embrace.

Fast forward to today and a new report states Bethenny and Jill “have truly made up” following Bobby’s passing, with the additional shocking news that Jill has also been in talks about a possible return to the Real Housewives of New York City. If you recall, she did make a brief cameo in season 9.

But first sources reveal Jill and Bethenny are doing much better these days as they both realize life is simply too short.

“Jill and Bethenny have truly made up, and Bethenny has been there for Jill more than any other Housewife,” reveals a source to Us Weekly. “Bethenny has spent a lot of time with Jill at her apartment, and has called her every day. She has gone above and beyond for Jill and Jill is so grateful.”

This is great news as Jill recently revealed it was one of Bobby’s wishes that she and Bethenny become friends again.

The source adds, “Bethenny is in a different place in life right now; she has a child, and being a mom has softened her. She also realizes that what she went through with Jill pales in comparison to what other Housewives have put her through … Bethenny has ended her beef with Jill once and for all.”

The biggest news from this article however is that Jill is seriously considering returning to RHONY, and even better, she has Bethenny’s blessing!

“Bethenny told Jill that she’s welcome back on the show and they have been in discussions about it,” reveals a source.

As previously reported, Bravo’s cameras were present at the funeral and the emotional reunion between Jill and Bethenny was captured on camera.  “Jill invited the show to memorialize Bobby and capture some footage of his beloved friends and family outside the funeral,” says source. “However, Jill and the producers weren’t expecting Bethenny to come. That caught everyone by surprise.”

Bobby passed away earlier this month at the age of 71 following a tough battle with cancer. Bethenny reportedly dropped everything and chartered a private jet out of Aspen, where she was on vacation, to make it on time to Bobby’s funeral. She dedicated a sweet post to Jill days later.

Jill also took to her Instagram recently to share some nice words about Bethenny. She posted a photo collage of the two of them with the caption, “I’m sitting around going thru photos and put together a collage of @bethennyfrankel with my family. Bobby gave me the best 1 liners and a few come to mind. “ 1 more that’s it!”and “here’s to those who wish us well and those who don’t can go $&@! Themselves!” Please share your favorite 1 liners below. Miss B…thanks for the memories tonight ❤️Jill.”

Must say I would more than welcome Jill’s return to RHONY!

TELL US – THOUGHTS ON JILL & BETHENNY MAKING UP? DO YOU WANT TO SEE JILL RETURN TO RHONY?