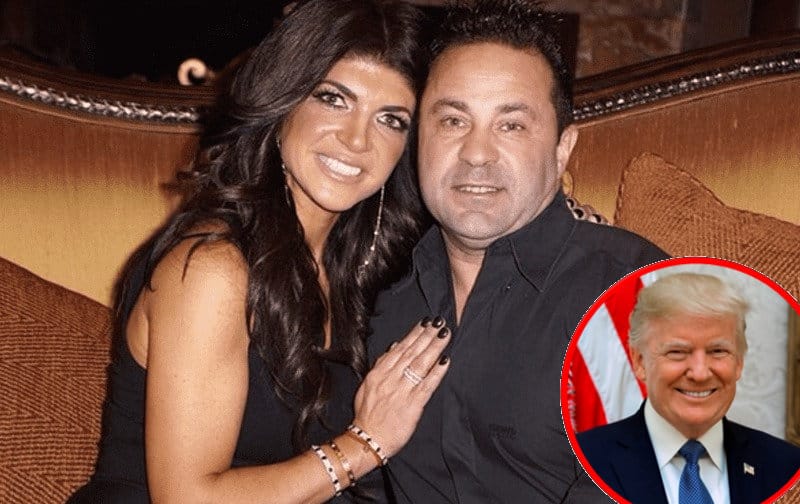 According to a new report, Real Housewives of New Jersey star Teresa Giudice is pulling out all the stops to make sure her currently incarcerated husband Joe Giudice doesn’t get deported upon his release!

In fact, she has reportedly reached out to her former Celebrity Apprentice boss who just happens to be President Trump.

If you recall, Joe, who is currently serving a 41-month prison sentence for bankruptcy fraud, is in the country illegally and is facing deportation upon his release.

“Teresa has reached out to Donald Trump to stop Joe from getting deported after he’s released from prison,” an insider revealed to Radar Online. “She is hopeful Donald will intervene and help.”

This isn’t all that surprising as Teresa, 45, has been a very vocal Trump supporter. She even wrote about her support for him in her recent memoir.

“Teresa got to know Trump when he was her boss on the hit NBC show The Celebrity Apprentice. She voted for Trump and she really needs his help,” the source added.

So why is Teresa doing this despite all the reports that she’s no longer in love with Joe and has a secret boyfriend on the side? Well the source makes it clear Teresa’s feelings have indeed changed towards Joe and she’s only doing this because she knows she wouldn’t be willing to move to Italy with him if he gets deported.

“Teresa and Joe’s marriage is not as it once was. They’re both changed people,” the source said. “Both of them have grown so if he must go Teresa doesn’t think she’s going with him. At least not how she feels today.”

No word yet on whether Joe will be getting a presidential pardon!

TELL US – DO YOU THINK JOE WILL GET DEPORTED FOLLOWING PRISON?