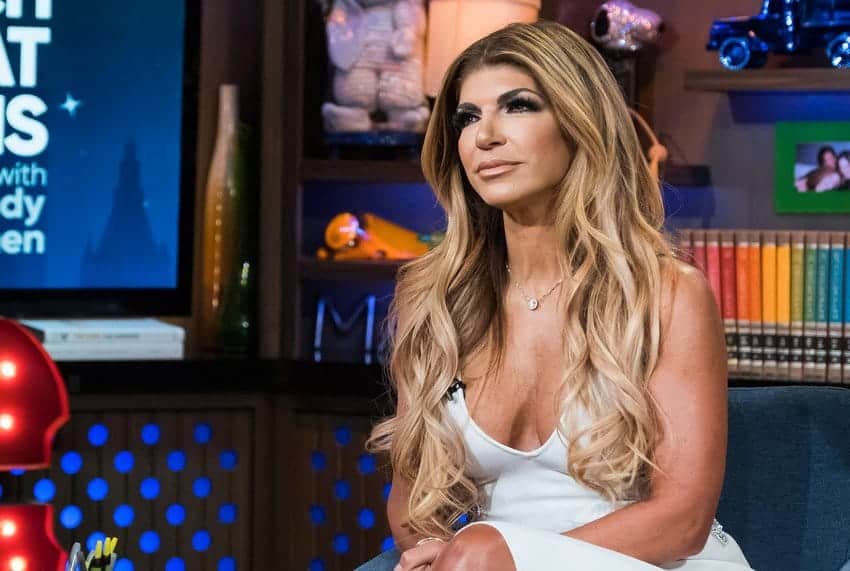 You know what they say — where there’s smoke there’s fire as for some reason those pesky rumors that Teresa Giudice has a boyfriend on the side simply refuse to go away.

According to a new report, the Real Housewives of New Jersey star is becoming more emboldened when it comes to her alleged boyfriend, with sources close to the Bravo star stating she is no longer in love with her incarcerated husband Joe Giudice.

The print issue of Star Magazine reports that Teresa, who recently met up with a divorce lawyer, took her mystery beau to a resort along with her kids during the Holidays. Wowzers.

“Teresa is ready to move on. She’s not even trying to hide it anymore,” a source tells the mag after the reality star brought the mystery man to the Moon Palace Cancun resort.  “She hates going to visit Joe and always has an excuse for not showing up.”

Teresa, 45, is reportedly making the most of her husband’s 41-month prison sentence for bankruptcy fraud as sources reveal she is all but ready to divorce Joe.

“Teresa loves Joe but she isn’t in love with him – there’s a difference,” notes the insider. “No one would be surprised if she files for divorce soon.”

Reality Blurb does know the identity of this mystery man. He is the same person who has been rumored to be Teresa’s boyfriend for over a year now. We won’t reveal his name as there is no concrete proof yet of the affair. The man is a close friend of Joe and Melissa Gorga and is therefore able to spend a lot of time with Teresa and her family under the guise that he’s just a friend.

The mag adds that a rep for Teresa is denying these allegations. A look at Teresa’s Instagram does show that she rang in the New Years with her family and friends at the Moon Palace Resort. She posted a number of pictures during her vacation. Some of those are below.

Moving on to the RHONJ reunion as part two airs tonight on Bravo at 9/8c. The one and only Kim DePaola will be making her first reunion appearance and it will be rather explosive as Kim is already threatening to sue Teresa over some allegations she makes on tonight’s episode when she accuses Kim of being a “Madam.”

You can watch a sneak peek below –

TELL US – DO YOU BELIEVE TERESA’S READY TO LEAVE JOE? THOUGHTS ON PART II OF THE REUNION?