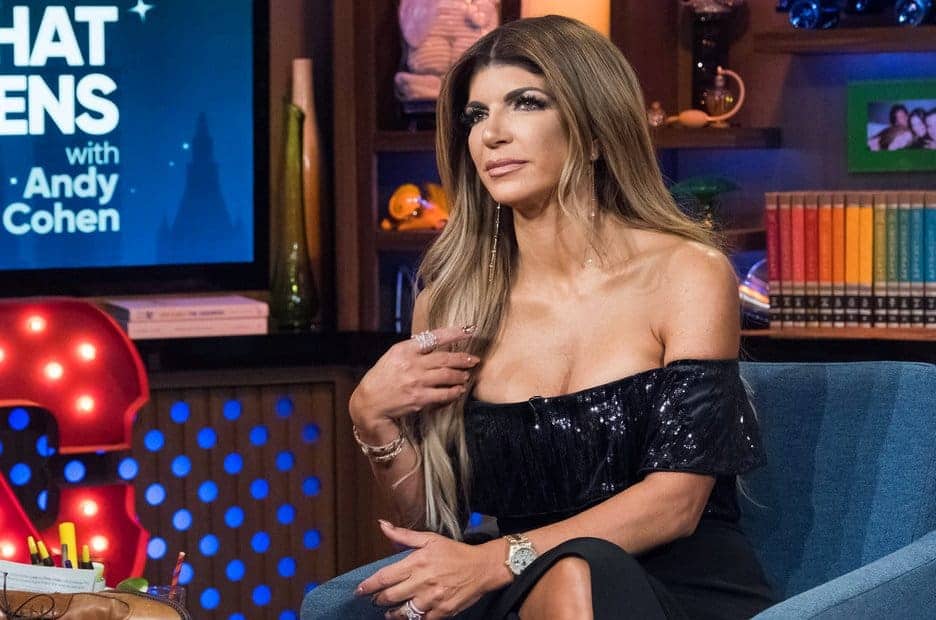 We’ve all heard the rumors and whispers for months now that Teresa Giudice is planning to divorce her currently incarcerated husband Joe Giudice once he gets out of prison.

But are we now getting the biggest clue yet that the Real Housewives of New Jersey star is indeed planning to do just that despite some mixed messages in the past?

The latest is that Teresa, 45, met up with a New Jersey divorce attorney. Even more odd, Teresa shared a post about this meeting on her social media.

Teresa took to her Instagram page over the weekend and shared the above photo with Loren La Forge-Kyriakoulis with the caption: “Dinner with a great friend lots of laughs @laforgekyriakoulis # webothlovefood #greekfood.”

So you’re probably thinking this might be an innocent get together between friends, except the original caption of the photo said something different.

As previously stated, Teresa, who has been rumored by Kim D. to have a boyfriend on the side, has given mixed messages about her future with Joe. She first stated in an interview late last year that she cannot predict if they will stay together once he’s released from prison, all but called him a bad husband in her latest book, and then later claimed she had no plans to leave him.

Teresa is known for being a bit conniving so one has to wonder if this post and original caption was intentional. Perhaps she’s trying to send a message to Joe.

TELL US – INNOCENT DINNER OR GETTING DIVORCE ADVICE?