Home Real Housewives of New Jersey News Teresa Giudice Asks “Why Did I Get In Trouble If Hillary Clinton Didn’t?” Plus Melissa Gorga Talks Reconciliation with Jacqueline

Teresa Giudice Asks “Why Did I Get In Trouble If Hillary Clinton Didn’t?” Plus Melissa Gorga Talks Reconciliation with Jacqueline 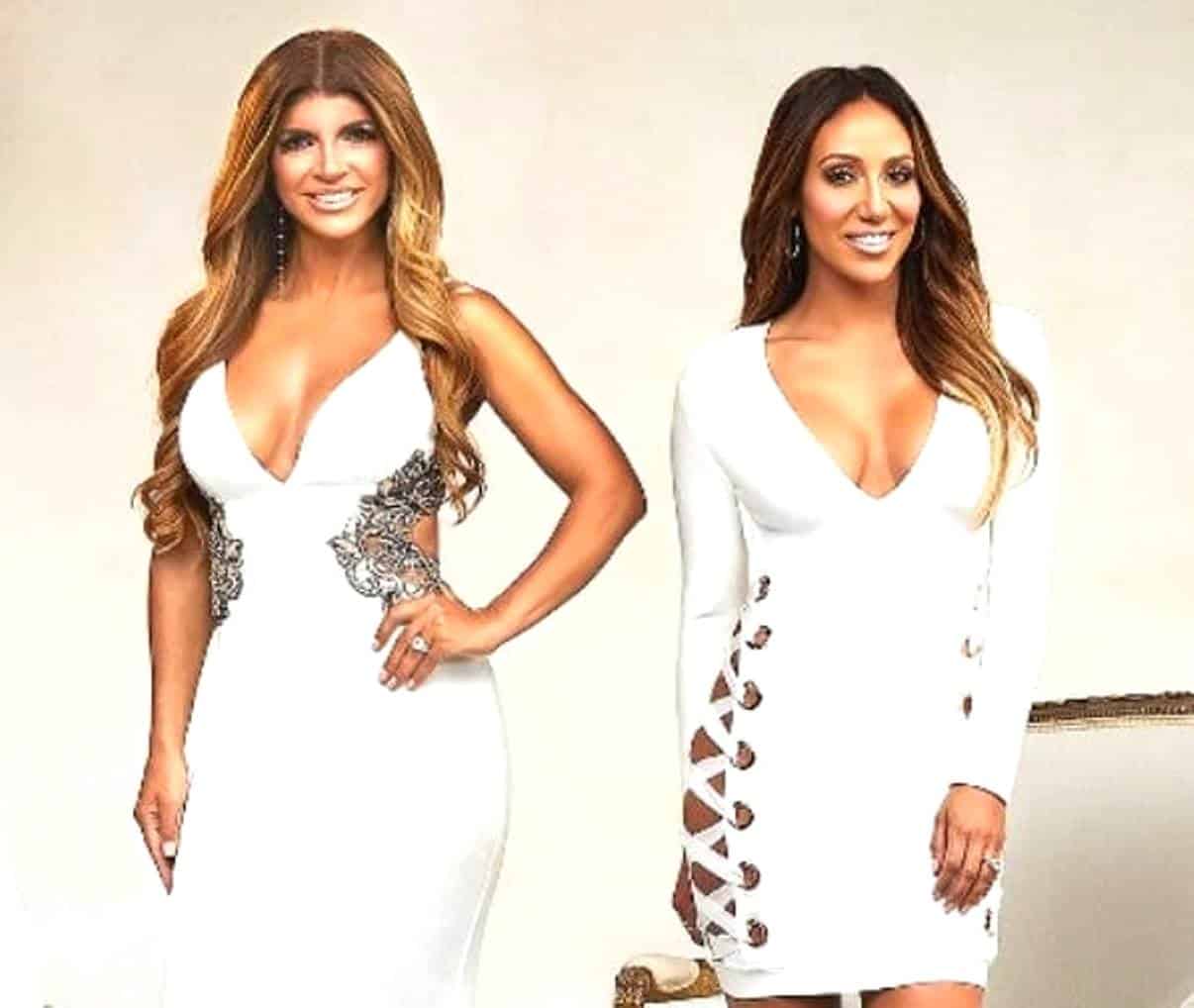 , a memoir about her life in which she opens up about her and husband Joe Giudice’s legal issues and prison sentences.

As we have previously reported, the Real Housewives of New Jersey star continues to solely put the blame on Joe as she apparently feels she did nothing wrong despite her indictment and conviction for bankruptcy fraud and other crimes.

In fact Teresa goes as far as to compare herself to Hillary Clinton in her book as she wonders why she had to go to prison when Hillary didn’t!

“I will say I did like the idea of having a female president, just not one named Hillary Clinton,” wrote Teresa.

“I think Bill Clinton messed things up for her, kind of like Joe did for me,” continued Teresa “Also, I don’t understand why she didn’t get in trouble for all those emails she sent. Why did I get in trouble and she didn’t? It doesn’t make any sense to me.”

Teresa also shared that she is a Donald Trump supporter even though she couldn’t vote for him due to her criminal record.

Moving on to Teresa’s sister-in-law Melissa Gorga who is speaking out about former castmate Jacquline Laurita.  Jacqueline was on RHONJ last season during which she got into it with both Melissa and Teresa, and ultimately deiced to quit the show after Bravo wanted to downgrade her to a ‘Friend of the Housewives’ for the new season.

When asked if she was now on good terms with Jacqueline, Melissa told PEOPLE: “I have not spoken with her since. I don’t like when a girl breaks girl code, and like calls someone out on a nose job. It wasn’t her lie to tell. It wasn’t her story to tell. ”  Melissa is referencing Jacqueline’s claims that she has had four nose jobs.

“I mean I have no issues with her,” continued Melissa. “I just have no desire to go to lunch with her.”

Melissa also added that she felt Jacqueline wasn’t happy to see her make up with Teresa.

TELL US – WHAT ARE YOUR THOUGHTS ON TERESA & MELISSA’S COMMENTS?