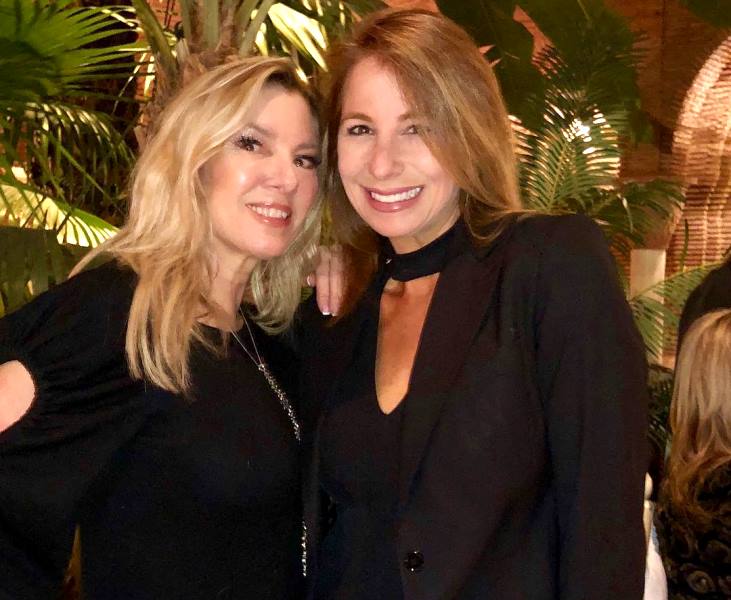 Jill Zarin and Ramona Singer are currently enjoying a girls trip in Marrakech.

Following Zarin’s unexpected reunion with her Real Housewives of New York City co-star, Bethenny Frankel, in the Big Apple last month, she and Singer traveled to Morocco and shared a couple of posts with their fans and followers on Instagram.

“It feels good to reconnect with old friends and make new ones. Just arrived in Marrakech with 20 girls. yowza!” Zarin wrote in the caption of the photo above.

Around the same time, Singer shared a short video clip of herself and Zarin.

“I cannot believe what’s going on,” Singer said. “We are together in Morocco!” Zarin proclaimed.

“Where we filmed our last episode,” Singer continued.

As fans will recall, Zarin and Singer had a major falling out while attending a cast trip to Morocco during The Real Housewives of New York City season 4 in 2011. The following season, Zarin was removed from the show’s cast and has appeared only in guest cameos in the years since.

As for the possibility that the two women are continuing their on-screen friendship in Morocco, there’s certainly a chance. After all, the cast is currently in production on the upcoming 10th season of the show. That said, none of the other full time cast members have confirmed their presence in Morocco and others appear to be in The States at this time.

News of Zarin and Singer’s trip to Morocco comes on the heels of a recent comment made by Bethenny Frankel that seemed to suggest that Zarin would not be included in season 10. As Reality Blurb previously reported, Frankel spoke of her friendship with Zarin and Zarin’s potential comeback last week.

“Jill will probably not be coming back based on the different dynamic last year,” Frankel told People magazine. “Life must go on.”