Home Teen Mom Tyler Baltierra Breaks Down In Tears After Being Caught With Another Woman! Accused Of Cheating On Catelynn Lowell [UPDATE]

Tyler Baltierra Breaks Down In Tears After Being Caught With Another Woman! Accused Of Cheating On Catelynn Lowell [UPDATE] 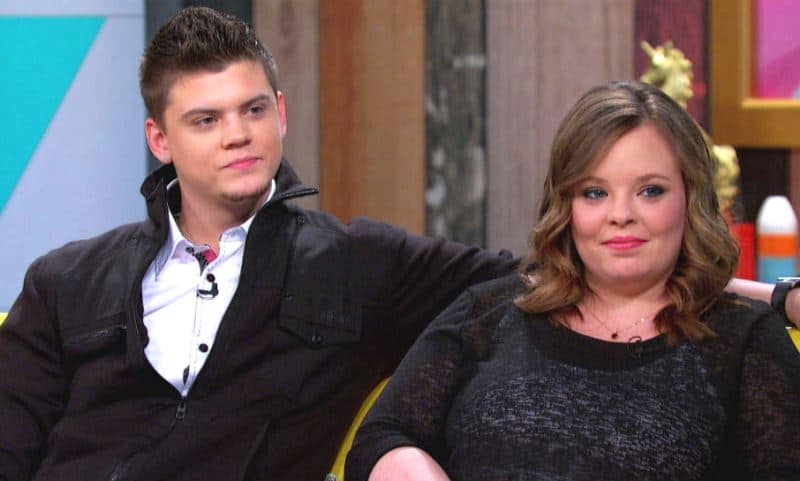 Tyler Baltierra was accused of cheating on his wife Catelynn Lowell on Monday after being caught with a mystery woman.

As Lowell continues to seek help for her ongoing struggles with depression, Baltierra has been forced to defend himself after being called out by a couple of fans on Twitter who shared a photo of the Teen Mom OG star having fun with someone who was not his wife.

“You have been caught….Care to explain?” one person wrote, according to a February 5 report by Radar Online.

“I think what’s more concerning is your wife is in rehab and you seem to be having the time of your life. Seems insensitive. You never have been very aware of her feelings though,” a second Twitter user added.

Anyone see this? It’s Tyler at a concert last night. Is that cates friend? @JEs_Chinions @Anon_Mafioso pic.twitter.com/vJYt7Ed3m4

After seeing what they were saying about him, Baltierra chose to speak up and defend himself against their hurtful allegations.

Omg are you people serious!? Caught doing what? Talking to a 50 year old grandma who is a fan of the show? Yeah I guess I’m “busted” lol you people just refuse to believe in a faithful relationship. Just because you have never experienced one, doesn’t mean it’s not real https://t.co/MyeGEmISZl

A short time later, Baltierra broke down about his struggles being a single father as his wife tends to her emotional needs in rehab in a clip shared on Instagram.

“Sometimes you just don’t even know what to say to your children,” he began. “I don’t ever cry in front of Nova because I don’t want her to feel that umm… You have good days and then you have bad days and today is just a bad day. But, I know I’m not the only one feeling this so if you are in that same boat as me just hang in there. You aren’t alone. Talk to somebody.”

After sharing the emotional video seen above, Baltierra admitted that he nearly deleted it from his page. Then, as he explained, he decided that the clip could help someone else who may be going through the same thing.

“If I can at least connect with one person through this & let them know that they aren’t alone in their struggles. It will make being vulnerable worth it,” he said.

UPDATE: While some assumed Baltierra’s video was in reference to the stress he felt due to the cheating allegations against him, he has since confirmed that the post was actually about the heartache he feels for his daughter as she continues to be away from her mother.

“Omg! That wasn’t AT ALL what I was upset about. I was upset because it’s difficult when Nova cries out for her mommy & I have to keep explaining why she’s not here to hug her tears away!” he wrote.