Big Brother Celebrity Recap: Eviction with a Lack of Conviction 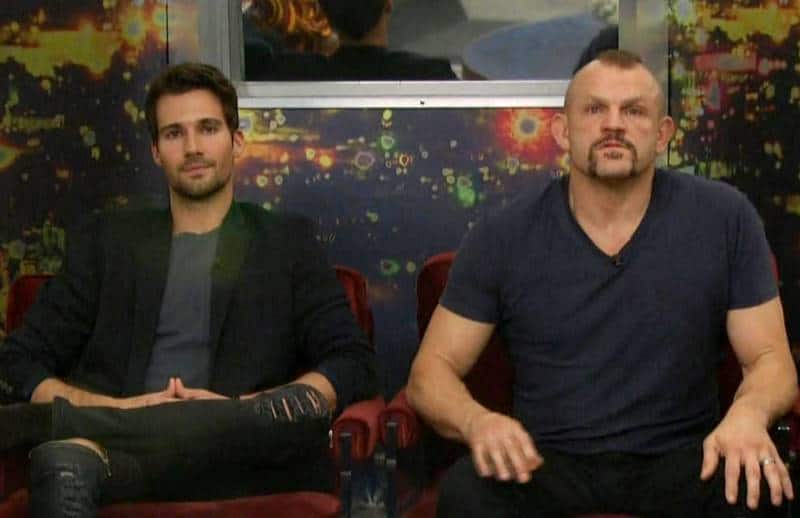 We said good bye to the first housemate of the season on last night’s Big Brother: Celebrity Edition two hour elimination episode. And it was a nail biter to the very end!

When we last saw the housemates, Keisha Knight Pulliam had gotten the “recast” card, which enabled her to replace Shannon Elizabeth as Head of Household (HOH), and put up two nominations for eviction. She chose James Maslow and Chuck Liddell. But both men still had a chance at survival.

The housemates have the opportunity to use a “veto” to take one of the nominees off the chopping block. But who, if anyone should  be saved?

Keisha was adamant that James was the biggest threat among the men, and should therefore be the first to go. Brandi concurred. She doesn’t seem particularly interested in the game, per se, but simply doesn’t want to share space with him, or his “big ego”. The other ladies shared their thoughts, and it was unanimous: James had to go.

The women of the house had decided on day one that they would work together to oust the men from the house, and ultimately have an all female finale. They wisely recruited Ross to be a double agent, who would collect intel on the men, and report his findings to the ladies.

And the men have been embarrassingly easy to manipulate.  They fall for everything the women tell them, and seem incapable of making any sinister plans or side deals of their own. They just kind of hang around, work out, and wonder what the women are doing.

Shannon told James to lay low, and not get angry about being nominated for eviction. She said everyone was still mad at Chuck for opening his gift bag, and that they’d all be voting to evict him, so James didn’t need to put in too much effort to win the veto.

Keisha went to Chuck, and told him that they were all planning to vote for James, so HE shouldn’t worry about winning the veto.

And speaking of side deals, you didn’t think Omarosa was going to stay true to the very women’s alliance she’d helped create, did you?! Because that would just be silly.

Omarosa wants to win, and in order to do that, she has to sew division among the other housemates, and gain new allies. After all, Omarosa reasoned, once all the men were gone, the women would become enemies.

So she slapped on that fake, slightly maniacal smile of hers, and went to find Keisha.

Now, this was an interesting choice. The two had shared a slightly tense moment the day before, when discussing their support of two powerful, but controversial men..Donald Trump and Bill Cosby.

But Keisha is the only other black woman in the house. In fact, in Big Brother history, there have never been two black women in the competition. Omarosa suggested they work together because the only thing better than an all female finale, would be a BGM (Black Girl Magic) finale! Are you really falling for this Rudy?!

But first they needed to get rid of James, and to do that they needed one of the women to win that veto power!

A drawing was done to determine the competitors, and Shannon and Ariadna were chosen. This was certainly fortuitous for the women’s alliance, but the final name drawn was Mark’s, and he’d already promised to save James if he won the veto power. What’s worse, he’d admitted his intentions to Keisha!

The veto competition was no joke! The backyard was transformed into someone’s misguided idea of a “spa”, complete with pools of water, plenty of mud, and giant stone noses that “sneezed” an unidentifiable substance  at the contestants, as they looked for hidden letters. They were to take the letters, one at a time, back to the starting area, and attempt to make words. Whoever correctly spelled the longest word in 10 minutes, or less, won this psychotic Scrabble game, and the veto power.

It was messy and gross, and who the hell can spell under such conditions, but Shannon was victorious. She correctly spelled “responsibilities”…that’s 16 letters! This girl plays to win!

Back in the house, and drunk  with power, the ladies immediately reconvened to discuss how the veto power should be used.

Shannon felt that this was a heavy handed approach that would only alienate Mark, when they could use him in the end. And having already won the first two competitions, Shannon already had a target on her back, and didn’t need to make any more enemies.

Omarosa agreed with Keisha’s plan, which meant the others must agree, as well. She pounced on Shannon immediately, accusing her of putting herself before the team. Actually, there is no “team”. There can only be one winner. But it worked! Shannon began to cry and apologized for being selfish.

Ross got Shannon alone, and warned her to be careful with Omarosa and Keisha. He agreed that replacing Chuck with Mark was the wrong move, and that it would put Shannon in jeopardy.

Ross was also feeling marginalized in the group women. Sure, they’d welcomed him into their coven, but where would he stand when they’d gotten rid of the other men? Surely they’d turn on him. Well, at least someone’s using their head.

Feeling conflicted, Shannon spoke privately with Omarosa, and repeated her reservations about nominating Mark for eviction. Omarosa told her that Mark needed to feel fear, and understand that he must never cross them again, and advised her to take bold and decisive action.

Shannon again dissolved into tears, leaving Omarosa to wonder if she was stable enough to “go the distance.” On this I must agree. Pull it together, Shannon! There’s no crying in Big Brother!

The veto ceremony was tense. No one was quite sure what Shannon would do. They all listened as Chuck and James plead their cases to stay, and watched in awe, as Shannon quietly declined to use the veto, adjourned the meeting, and walked away.

Omarosa and Keisha were clearly not happy with Shannon, and she correctly surmised that any alliance she’d had with the two women was broken. She made the wise choice to get the other housemates on her side.

She spoke to Ross first, and he had some interesting information to share: Keisha had already promised Chuck that he would be safe from eviction because everyone was going to vote to evict James.

Shannon was shocked! After all that “girl power” talk, Keisha was making backdoor deals with one of the men?! And, of course, this begged a very important question: what had Chuck promised Keisha in return? Shannon needed to flip the vote…fast!

One by one, Shannon went to the other housemates, and plead her case for evicting Chuck. It wasn’t difficult to sway them. Mark, of course, already wanted James to stay; Metta and Ariadna don’t know what’s going on; and Ross and Marissa have been suspicious of Omarosa from the beginning. And Brandi? Well, she’s been drunk most of the time, but she also didn’t care for Omarosa’s intimidation tactics, and resolved to make Omarosa her “bitch”.

And so it was decreed…Chuck lost the vote 7-1. Only Omarosa went along with the original plan to vote for James, and as HOH, Keisha only got a vote in the event of a tie.

The housemates said their goodbyes, and applauded Chuck as he left. And so there were 10, and no one knows quite where they stand, or whom they can trust.

Stay tuned! A new episode airs Sunday at 8, and two more celebrities will be on the chopping block!

TELL US – DID THE HOUSE-GUESTS MAKE THE RIGHT CHOICE WITH THEIR ELIMINATION? WHO DO YOU THINK IS NEXT TO GO?