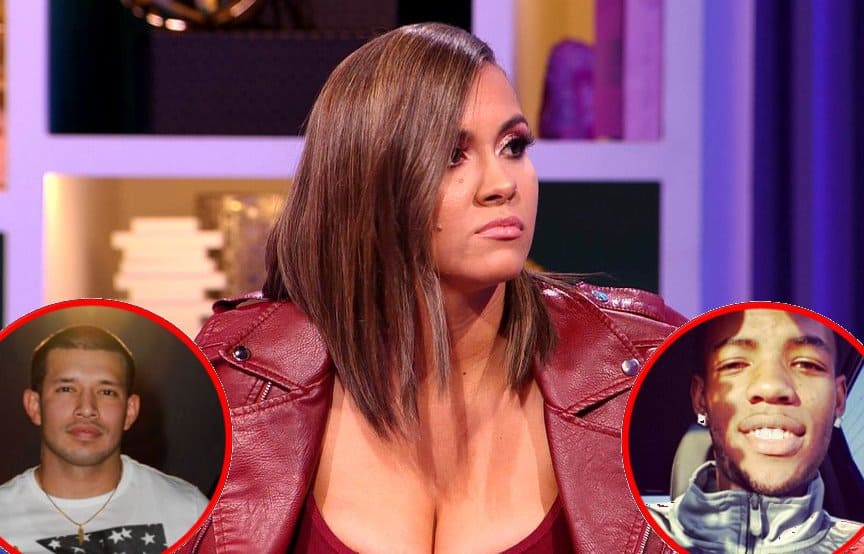 Following the Teen Mom 2 star’s split from Javi Marroquin, which came on the heels of a Snapchat video that included her ex-boyfriend, Devoin Austin, the mother of two suggested to her fans and followers on Twitter that she was living with someone.

Living with a man = sports channel is always on ??‍♀️

As soon as her post was shared, DeJesus began facing tons of speculation in regard to whether she had secretly reconciled with Marroquin or had re-sparked her past romance with Austin. However, according to a new interview, DeJesus is still single.

“I am not in a new relationship. My tweet about ‘living with a man’ has to do with Devoin,” DeJesus explained to Blasting News on February 12.

Austin is the father of DeJesus’ oldest daughter, Nova.

“Devoin has been at my house to help with Nova and Stella while I recover from my surgery,” DeJesus revealed.

Earlier this month, DeJesus traveled to Miami from her home in Orlando and underwent a number of plastic surgery procedures at the hands of Dr. Miami, including a tummy tuck, liposuction, a Brazilian butt lift, and a breast lift.

“It’s funny people would think I had the time to get in a new relationship after just getting out of one and then going in for surgery,” DeJesus continued, “but to clarify, no, I am not in any relationship and am currently single.”

DeJesus and Marroquin began dating last fall but called it quits in January after DeJesus’ plastic surgery plans were confirmed. Then, after Marroquin traveled to be with DeJesus during and after her surgeries, their relationship came to an abrupt end again as Austin was confirmed to be spending time with DeJesus as well.

“I should’ve never went. I should’ve went to Los Angeles like I was supposed to. We broke up for a reason and yesterday reassured me that,” Marroquin stated after their breakup.

TELL US – IS BRIANA LIVING WITH DEVOIN A GOOD IDEA?