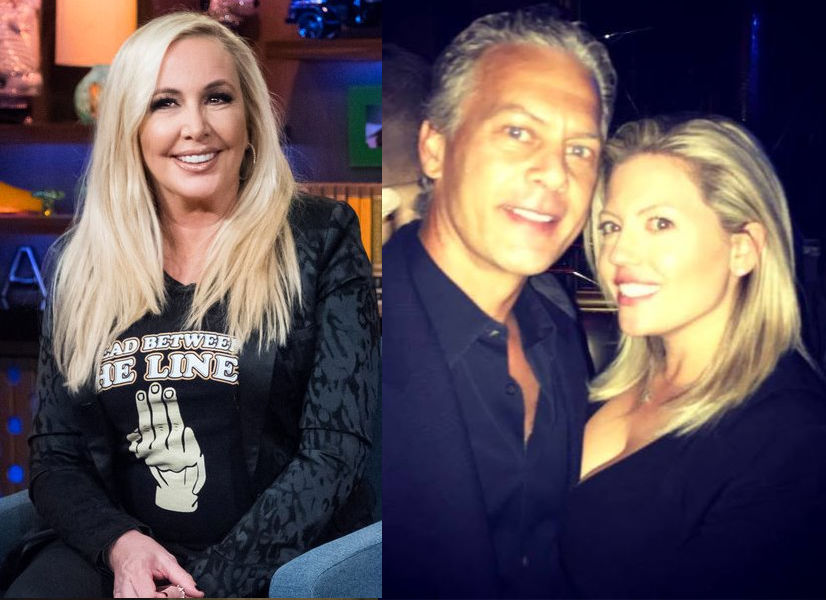 Shannon Beador wasn’t happy to see estranged husband David Beador and his new girlfriend, Lesley Cook, gushing over one another on Instagram on Valentine’s Day. So, she reportedly confronted the younger woman.

On Wednesday, Cook posted a photo of a bunch of red balloons she received from David.

“Happy Valentine’s Day!! And away we go…. #notdiscreetanymore #happyvalentinesday,” David wrote in the comments section of her post.

“Happy Valentine’s Day to the most kind, funny, motivated, loving and [hot] man! The sky is more blue & my coffee taste better with you in my life,” Cook replied.

Following the public display of affection, the Real Housewives of Orange County star and mother of David’s three daughters, Sophie, 16, and twins Adeline and Stella, 13,  allegedly threw a fit during a heated phone confrontation with David’s new leading lady. Beador feels Cook’s posts are insensitive and that her children might end up seeing them.

“She told her she should know better than to make everything so public, because Lesley has kids of her own,” a source close to the 53-year-old reality star told Radar Online on February 15. “Shannon is so livid right now, she couldn’t hold back anymore.”

According to the report, David has been enjoying his new romance with Cook for the past couple of months and throughout their relationship, they have been flirting with one another in the comments sections of each other’s posts on Instagram.

In addition to Beador’s frustrations with the relationship, the reality star’s friends, including co-star Tamra Judge, are reportedly hoping to confront Cook in person.

“Shannon’s costars friends are just hoping to see the two of them out together so that they can let her have it, too,” the source added.

Beador announced over the weekend that she and the remaining cast members of The Real Housewives of Orange County, including Kelly Dodd, Vicki Gunvalson, and Judge, had started filming the 13th season.

This latest news comes days after it was reported that Beador was ‘confused and hurt’ over how quickly David moved on.

TELL US – DID SHANNON GO TOO FAR IN CONFRONTING LESLEY?