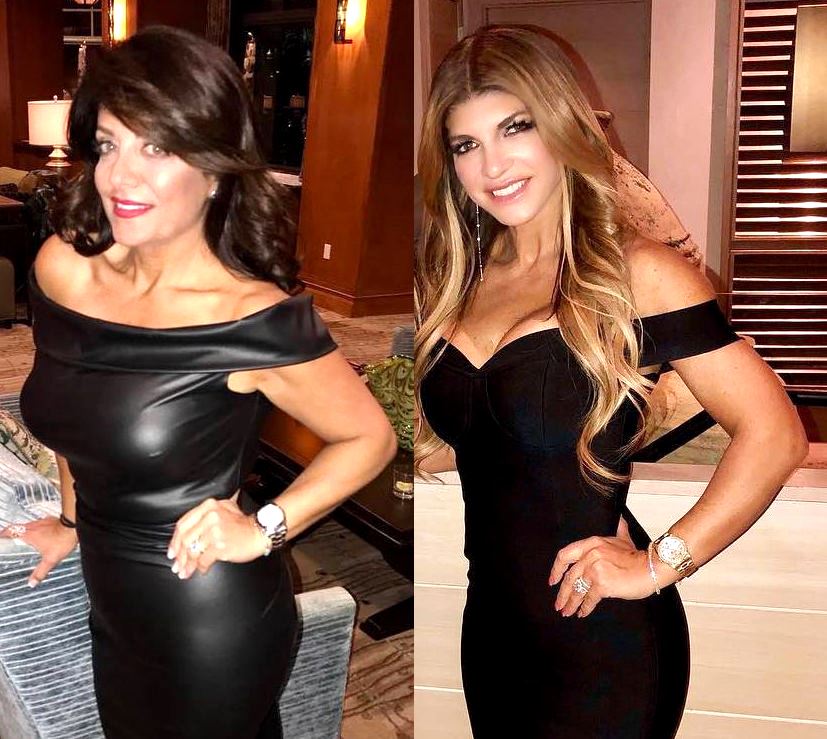 Kathy Wakile, formerly of The Real Housewives of New Jersey, dropped by The Daily Dish to share her recipe for her signature strawberry cream puffs, and to answer the question that’s been on viewers’ minds since she left the show: where do she and her cousin, Teresa Guidice stand today?

“At this point there really isn’t any relationship,” Kathy shared. “I think I’ve tried everything I can, and at this point I’m so happy, and so fulfilled in my life, that anyone would want to be in my life, and I’m not chasing anything.”

The trouble started for the cousins as soon as Kathy joined the cast. Teresa claimed that Kathy hadn’t spoken to her about her plans to be on the show until it was a done deal. Despite Kathy’s many overtures, Teresa ultimately chose not to have her cousin in her life, telling Kathy that she’d always love her, but that she needed to “cut the cancer out”. OUCH!

To make matters worse, it seems Teresa’s brother and sister in law, Joe and Melissa Gorga, have taken her side in the beef,  and have also become estranged from Kathy.

“We don’t see them too much anymore, honestly,” Melissa told Andy Cohen during a November appearance on Watch What Happens Live.

Since her departure from the show, Kathy has remained focused on her food business. In fact she and her family even realized their dream of becoming restaurateurs when they recently opened their pizzeria, Pizza Love.  But wait! A pizzeria? That couldn’t have made Teresa, Joe and Melissa happy. They opened a pizzeria of their own in 2017, and surely didn’t appreciate competition from their own family?

“Yeah, there’s no competition at all. There is nothing to make of it actually,” Kathy shared.

Well, that was quite big of her! Bigger still not to mention the fact that Gorga’s Homemade Pasta and Pizza is no more. They closed after being in business for just a few months to “regroup and relocate”.

Kathy also has plenty of love in her life. Her husband of over 20 years, Richie is still by her side (a feat in and of itself in the Real Housewives world), and their children, Victoria and Joseph, now young adults, still live in the family home.

“My kids have just been living  and doing really great, and traveling. They’re both still in school. Joseph is actually working at Barneys New York and Victoria’s still in nursing school. We travel, we spend a lot of time together still. They’re adults and living their lives, and we’re happy to grab any time we can with them,” Kathy said of her family.

And of course, there’s Kathy’s best friend and older sister, Rosie Pierri, who also appeared on the show. “And Rosie’s doing great, my mom’s (Maria Pierri) is doing great. Rosie started her own business (selling her wood word and store fixtures) and she doing really, really wonderful, and she’s happy. Life is good”. Kathy shared.

In addition to her family, Kathy has maintained the friendships she made during her time on the show. She’s still in touch with Jacqueline Laurita and Caroline Manzo.

But with the demise of once close family relationships, and the stress caused by being in the public eye, does Kathy have regrets about her time on the show?

“Being on The Real Housewives, it puts a microscope on your life, and you get to watch things, and see what you did, and what you didn’t do. And I think living your truth and who you are authentically resonates with people. And so I don’t think I have any regrets. Maybe I would have spoken up a little bit more. But you know what, it’s OK. I know what my truth is. People that really know me know who  am because I stayed true to who I am. And that’s really important so I could live life and say I don’t regret anything.” Kathy explained.

Well, it appears Kathy and her family are doing well, and we’re glad hear it. And as far as her relationship with Teresa goes, don’t lose faith. If Teresa can put her issues with Melissa and Danielle Staub aside, and forge friendships with them, absolutely anything is possible.

Below are some recent photos of Kathy and her family!

TELL US – DO YOU THINK KATHY AND TERESA WILL EVER RECONCILE?