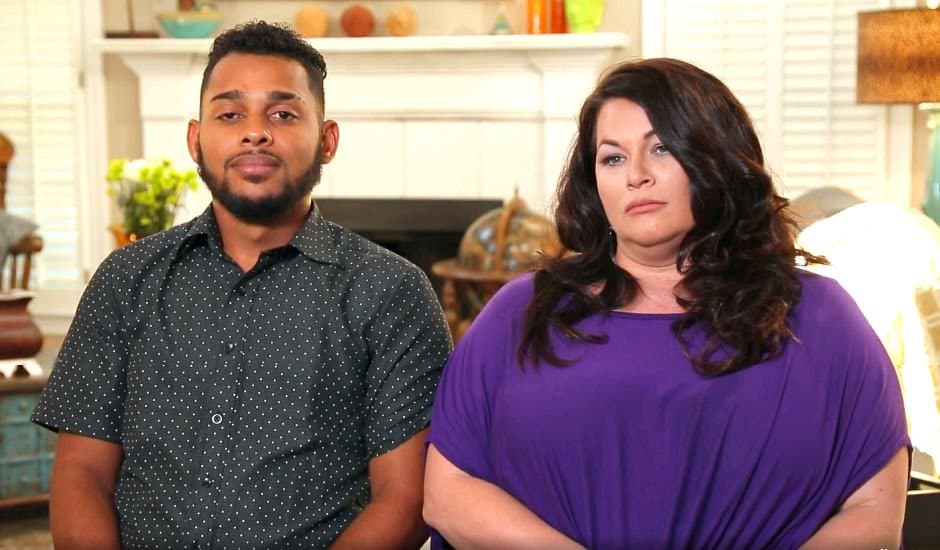 We broke the news a few days ago that 90 Day Fiance star Molly Hopkins had filed for divorce from Luis Mendez after just six months of marriage.

In that article, we speculated Luis might get to stay in the country since Mohamed Jbali, a past cast member of the show, got to stay following his divorce. We were however contacted by an immigration expert who works in the field who broke down the possible scenarios for us and why it’s almost certain Luis will be deported/asked to leave the country very soon.

For starters, the immigration expert states Luis’s situation is very different from Mohamed’s because Mohamed had already received his 2-year conditional green card before his divorce. So here’s the process of becoming a permanent resident via a K-1 visa –

So unfortunately for Luis, he was currently in the process of getting his 2-year green card (AOS) before his divorce. How do we know he doesn’t have his green card yet? We know because the official immigration website shows how far along they are in processing the applications. And as of December 2017, the Atlanta office was still processing applications from December 2016. Another visa website that shows the national average reveals most states are still processing applications from April 2017.

Luis couldn’t have submitted his application earlier than July 20, 2017 (the date he got married). So based on this information, it’s highly unlikely Luis’s green card (AOS) application has been processed.

Which brings us to these possible scenarios –

1) Molly Withdraws Her Financial Sponsorship – Molly has a lot of power in this situation, and if she chooses to withdraw her sponsorship ( I-864, “Affidavit of Support”) then Luis will be automatically declined for his green card when his application comes up for review.

2) Molly Does Nothing – In this situation, Luis will have to rely on a little bit of luck. To receive the 2-year green card, some people get approved automatically (with the proper paperwork of course) while some are called up for interviews. If Luis gets called up for an interview, he will be denied due to the divorce. If it’s approved automatically, then he gets a 2-year green card in the mail.

3) If Luis Gets the 2 Year Green Card – Even if Luis gets a 2-year green card, he will have to go for an interview to get the 10-year green card once those 2 years are up. Due to his divorce and short-lived marriage, the chances of getting approved are slim to none. He will have to apply for the permanent green card with a divorce waiver, and will need to demonstrate that he entered the marriage in good faith. Moving out after a few months of marriage to go live with his brothers in New Jersey would make that very difficult.

4) If Luis Marries Another Woman During This Process – He is still screwed because of the K-1 visa rule that “forbids K-1 visa entrants from obtaining U.S. residence based on a marriage to someone other than their U.S. citizen K-1 petitioner.” So Luis can’t obtain a green card via marriage through anyone other than Molly, the original sponsor of his K-1 visa.

Miracles do happen but an example we came across was a man in Luis’s situation who was still asked to leave the country despite having a kid with the woman he married and divorced after less than a year of marriage. This goes to show the obstacle ahead for Luis.

The immigration expert also suspects Luis decided to reconcile with Molly after their first split last year once he realized they hadn’t been married long enough for him to get a green card. Unfortunately for Luis, Molly decided to end their marriage shortly after.

The divorce of Molly, 42, and Luis, 26, also sets the record for the shortest marriage in the history of the TLC show.

TELL US – DO YOU THINK LUIS SHOULD LEAVE THE COUNTRY?