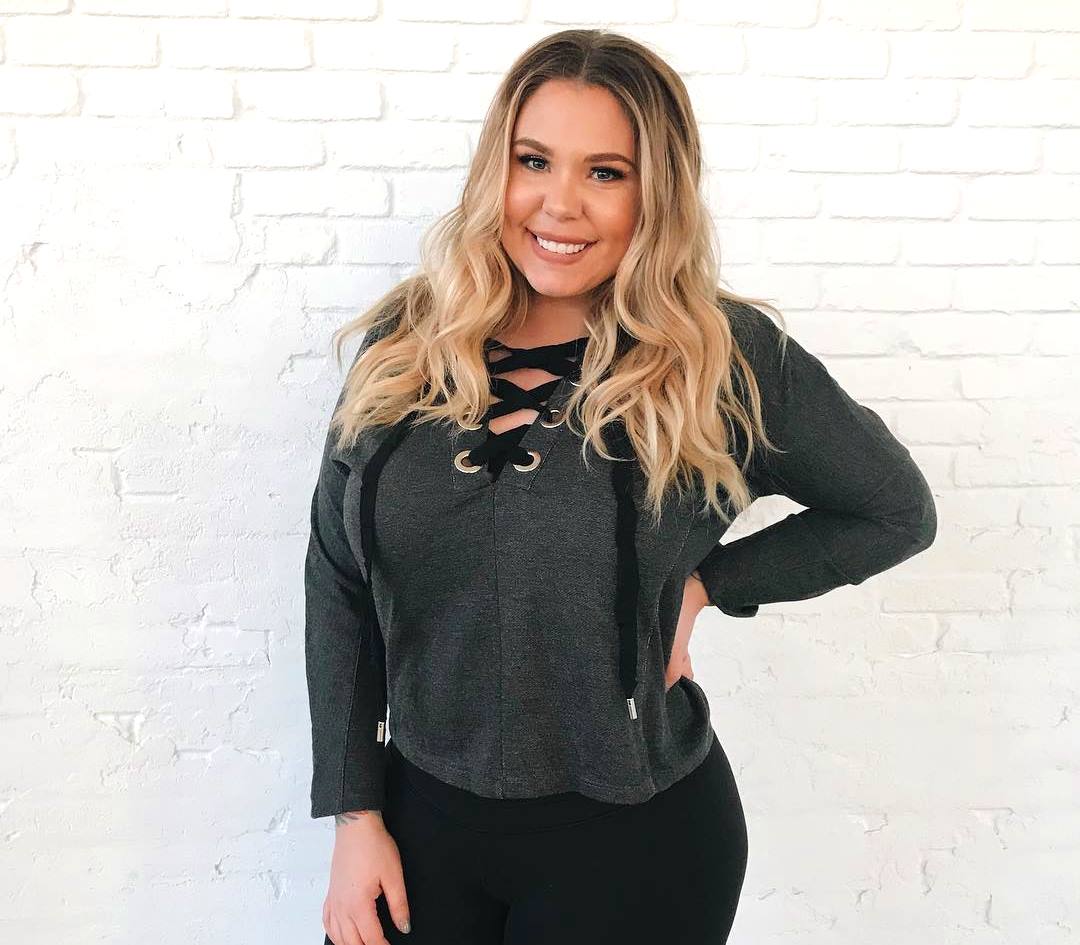 Kailyn Lowry took it all off for the sake of empowering other women on her 26th birthday.

As the Teen Mom 2 star and mother of three celebrated her big day, she posted a nude photo of herself on her Instagram page, which featured her sitting with nothing on as her legs and heavily tattooed arms covered her private areas.

After Lowry shared the photo, she received tons of support from her fans and followers, including her friend and co-star Chelsea Houska, who told her she looked “amazing.” Lowry also received plenty of backlash from fans who didn’t appreciate her nude photo.

“Why did you do this? WHY? It’s not worth it. Keep your clothes on,” one person wrote.

“Because I do what I want,” Lowry responded. “Little fact, more of my body is covered then some girls cover with clothes on. Don’t judge what you don’t understand. Have a great one!”

Lowry’s nude photo comes just under two months after the longtime reality star pulled out of a series of scheduled plastic surgeries in Miami, Florida. As fans may recall, Lowry decided against going through with the procedures in late January but later said that she was having a hard time coping with the ongoing body-shaming she receives on social media.

“Out of 10 years on tv I’m having the hardest time NOW,” she wrote. “The pressure of outsiders, the criticism, the judgement [sic]. Sure I put myself out there, but never in my life have I seen or felt cruelty like I have today.”

KAILYN SLAMS EX JAVI! REVEALS WHY THEY’LL NEVER GET BACK TOGETHER!

“It seems to get worse over time. Not better. Sometimes I’m numb to it. Sometimes I don’t read it. Sometimes it doesn’t bother me. But sometimes it does. And today it does,” she continued. “I can read & write books, study for a test and pass, teach my kids manners, but I can’t tell myself to pick a f**king salad over a burger and then wonder why I struggle in the gym. Hate myself for it. Then come online & hear it from everyone else too.”

After announcing she would not be moving forward with her plastic surgery plans in January, photos of Lowry on the beach in Miami hit the web and right away, many haters slammed her figure.

“I didn’t go through [with] my surgeries in Miami so let’s sell unflattering pix of Kail [at] the beach so everyone can see her fat & cellulite to make her regret cancelling,” she wrote at the time.

“Ok, I’m done crying about it,” she later added.

TELL US – DO YOU BELIEVE KAILYN’S POST IS REALLY ABOUT EMPOWERING WOMEN?