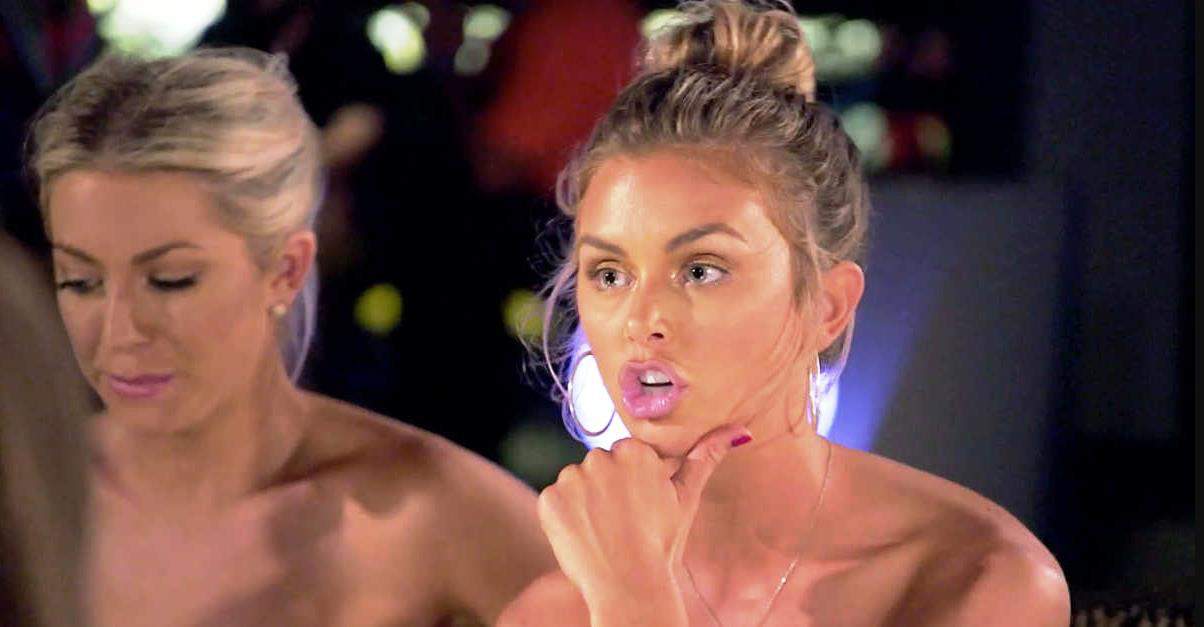 This episode of Vanderpump Rules opens at SUR with Sandoval, the mixologist. The guy showed up early to come up with some TomTom signature drinks, obviously. LVP is beyond shocked to see him there so early, but Sandoval explains that he needs to “step it up” and prove to LVP that he truly is an excellent business partner…if you can even technically call him a “partner.”

Meanwhile, watching Stassi meet LaLa’s music producers is incredible. She has NO idea what to do with herself upon meeting “Black Elvis,” yet somehow, she has been hired by LaLa to plan her event. Yea, Stassi and LaLa are cool now and something tells me it has to do with the fact that LaLa has access to a private jet, but I digress. Stassi thinks she is good at “overall vibes” of events (right) and the girls finalize all the “deets” (or lack thereof). Once everything gets fake-settled, they spilt a pretzel whilst reviewing “girls night.” Stassi shares she has no intention of apologizing, which should be interesting considering there’s a group Mexico trip in the very near future.

Over at Jax and Brittany’s apartment, Jax makes it known that Kelsey, his Reiki master, is coming to their apartment?? Um, ok. He proceeds to kick Brittany out of the apartment and actually CLEAN for this “master.” I don’t know much about Reiki, but I think it’s kinda weird that the lady is coming to him…Jax, er..I mean “Jason”… clearly has the hots for Kelsey the Reiki master. He refers to as “The Jax whisperer” and shares with her that he is getting quite anxious about the upcoming trip to Mexico.

Besides sharing feelings with this Kelsey person, Jax also spills about a new job offer- a job offer he hasn’t even ran past his GIRLFRIEND yet. “I got a job offer in Tampa working in hockey. It’s always been a dream for him to work in hockey.” Kelsey acts super pumped and before she heads out, they embrace for an AWFULLY long time.

Jax cannot stop gushing about how she is “an absolutely amazing person.” Oh wait. Jax isn’t talking about his girlfriend, Brittany…he is talking about his Reiki master. He basically tells Brittany that Kelsey calls him Jason because he wants Kelsey to “know who he really was before Jax.” This is so awkward and Brittany’s eyes are rolling hard. Brittany states that “Jax is acting like this job is like a life-long dream” and she has never heard about this dream job before. You better believe Kelsey knows allllllll about it, honey. Watch out. It is evident how much of a total troll Jax is when he finishes the conversation with his GIRLFRIEND, the one that MOVED here for HIM, by stating, “There’s nothing here for me.” Ouch.

Evidently, Scheana lost the rest of her top. I can’t even call that a crop top! She’s “prepared” pre-made wraps for the love of her life, Rob, and the two of them discuss “The Divorce Closet,” an e-commerce site where people sell their sh*t after they get divorced. God, I hope she sells that shirt she’s wearing… He’s setting this up so the rest of their lives can be “insane,” according to Scheana. Somehow, like always, the convo makes a sharp turn and Scheana’s saying stupid stuff like, “The next time I’m married, it’s gonna be to you.” Rob’s response: “Wow.” Ugh.

Brittany comes to meet LVP at her stables. To keep up with the awkward theme of the episode, Brittany “walks” the horse while LVP trots alongside. The two ladies discuss Jax, because why not? LVP questions the trip that Brittany has planned and is also a little perplexed by Jax’s new obsession with Reiki therapy. Not even Lisa can understand why this girl continues to stick around for Jax and LVP is not shy about saying so. Yet big-smiled Brittany doesn’t seem to be getting it- Jax is a dirtbag!

TomTom in da house! They roll up to the site of the future restaurant and LVP makes it clear that this meeting is for the Toms to simply “observe.” Translation: STFU, boys. Nick Alain, the designer, shows his “genius” plans and designs. Not to be outdone, Sandoval shares that he is important, too. His scorpion cocktail knocks LVP’s socks off. He’s back on her good side, yet I am still unclear what Schwartzie’s actual role is in this business…

Everyone gets packing for the Mexican sh*tshow, I mean, adventure. It’s funny to see the “crew” all together, considering how much they actually dislike one another. Yea, and James is with them. James explains “this is the first time Jax Taylor has invited me to his birthday party” and he feels so “over the moon about it.” Ugh. Jax claims that he is “pretty surprised” that Brittany went out of her way for his birthday. Didn’t this guy already have a Hooters birthday party?! Jax is in a great mood, swimming around in his private pool and states to his topless GIRLFRIEND that his Reiki master put him into the good mood.

Sandoval: “Getting ready in Mexico is different than LA.” He “exfoliates the skin, making sure it can breathe…its different…but I’m a man-scaping chameleon.” I cannot even deal with that. Meanwhile, as Jax and Brittany prep for the evening, Jax shares with Brittany that he is probably 95% gonna take his coooooool new job and wants to tell the Toms about it. Something tells me someone just wants to stay relevant since his two friends are opening a restaurant. Brittany is p*ssed and rightly so. Good for Brittany laying it down. Jax claims he is “burnt the f*ck out of the constant battling.”
Everyone is gathered around cheers-ing Scheana, as her divorce is finalized (start planning the wedding) and Scheana rambles on and on about Rob. Gag. Jax drags the guys over to the bar to share his new job opportunity-and like a true adult, Schwartzie is concerned about Jax not living next door to him. Let’s be real. Jax/Jason isn’t going anywhere. Whilst Jax shares the news with the boys, Brittany tells the girls what is going on. No one quite believes it.

And then the wheels start falling off. The girls lay right into Jax the minute he sits down. “SO Tampa, what’s up?” Stassi SWEARS he is a liar and Ariana makes it clear that Brittany should be able to do what she wants to do with her life. Jax CLEARLY doesn’t listen to Brittany and embarrasses her in front of the group. “You are no longer a single man. This is a partnership.” LaLa FTW. She’s the best. Jax is LOSING his mind and is turning purple. It only took “ten minutes” for sh*t to get crazy, but yet they all continue to stick it out in Mexico…….cuz that makes sense.

TELL US – THOUGHTS ON THIS VANDERPUMP RULES EPISODE?