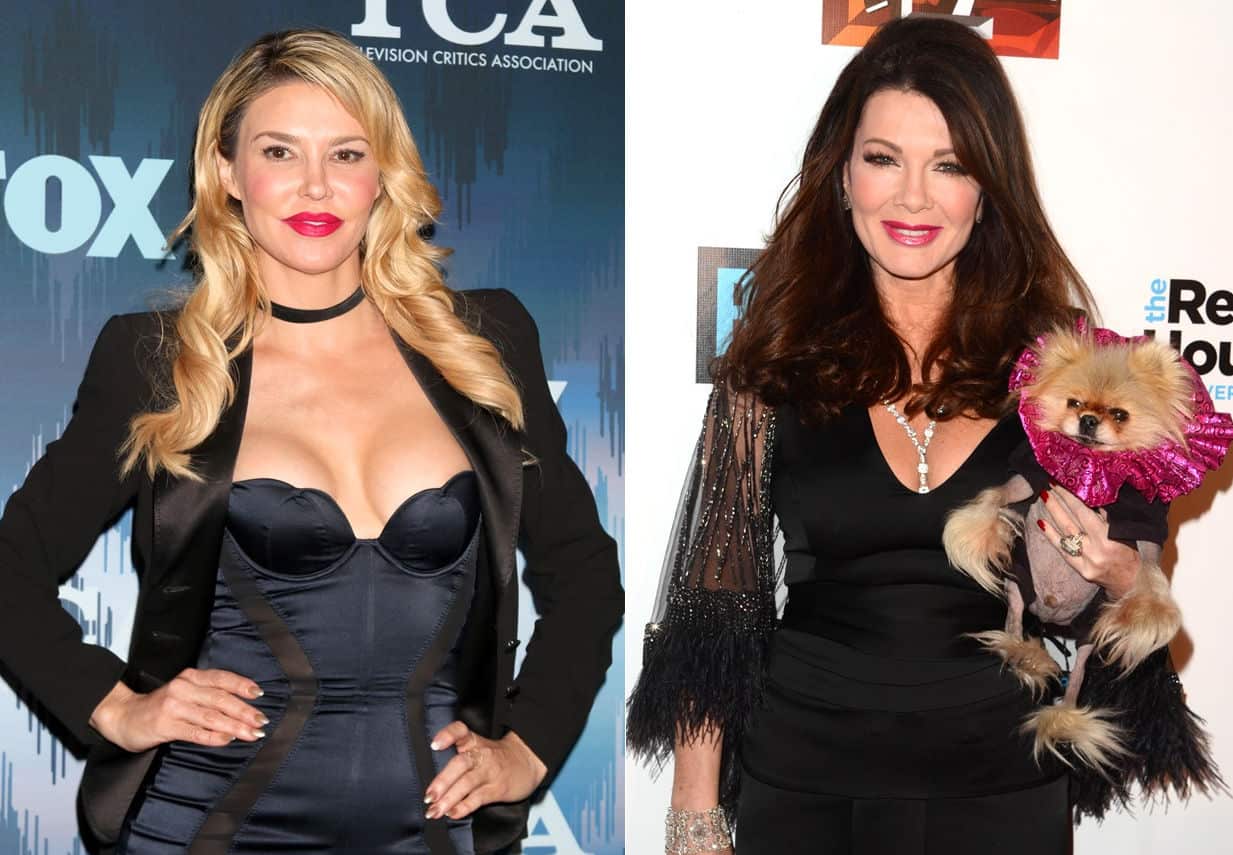 Former Real Housewives of Beverly Hills star Brandi Glanville is at it again.

This time around, she is targeting her former friend and costar Lisa Vanderpump and it all has to do with Lisa’s two dogs who passed away late last year.

During Tuesday night’s episode of the RHOBH, Lisa was shown mourning the death of two of her dogs including her Pomeranian pup, Pink Dog.

This led to what some are calling a tasteless tweet by Brandi following the episode.

Brandi tweeted, “My boys loved pink dog. it’s so sad but maybe those toxins in that pink hair die [sic] didn’t help…”  Yep. She went there, seemingly implying that Lisa had a hand in the death of her own dog. By the way, Pink Dog passed away from a heart attack.

Not surprisingly, she deleted the tweet shortly afterward but the All About The Real Housewives blog was able to capture the screenshot above.

Lisa responded with what can only be described an awesome clap-back. Lisa tweeted, “No toxins …never would #dogworshipper Now go back to the hole where you came from.”  #Ouch.

No toxins …never would #dogworshipper
Now go back to the hole where you came from.

Brandi didn’t end there as she also took another shot at Lisa and threw some shade at Kyle Richards in the process.

She tweeted, “Never once did LVC mention Nanny K to me in the many years of our friendship. Ummm the pizza place that went under Kyle told me about…”

Never once did LVC mention Nanny K to me in the many years of our friendship. Ummm the pizza place that went under Kyle told me about…

The above tweet is still up… for now. Brandi is referring to an allegation she made during her time on the show. Back in 2014, right before the season 4 reunion, Brandi stated that Kyle told her a lot of dirt about Lisa including false claims about Lisa and her husband Ken Todd supposedly filing for bankruptcy.

TELL US – THOUGHTS ON BRANDI’S TWEET? DID SHE GO TOO FAR?