Home 90 Day Fiance Back Together? Before the 90 Days’ Karine Throws a Birthday Party for Paul Following Split

Back Together? Before the 90 Days’ Karine Throws a Birthday Party for Paul Following Split 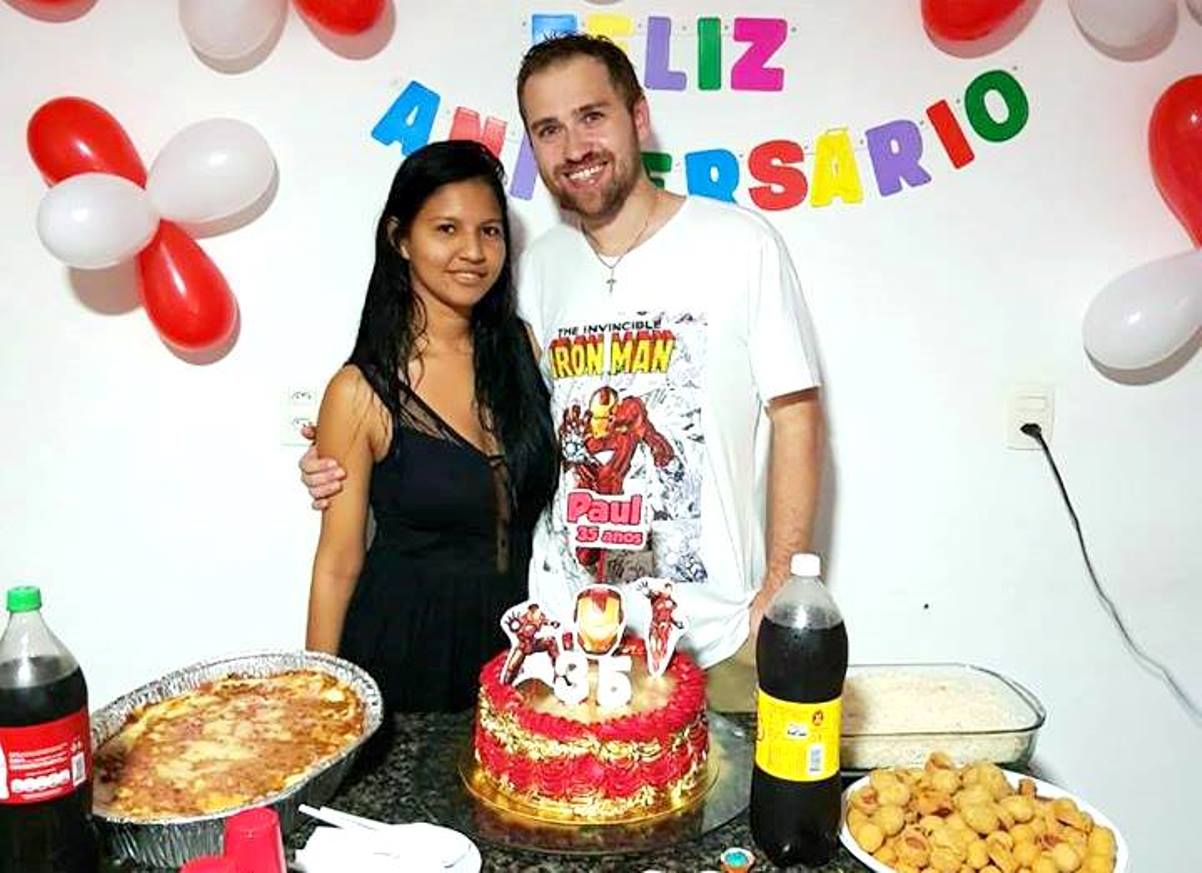 If you thought 90 Day Fiance: Before the 90 Days couple Paul Staehle and Karine Martins were over, think again.

Following their nasty break up earlier this year, after which it was revealed the couple had secretly gotten married in Brazil (you can see their wedding photo here), it appears the on-again off-again duo are officially back on.

Paul took to his Facebook page on April 3 to share the above photo with Karine, thanking her for throwing him a surprise party for his 35th birthday.

He wrote, “Karine surprised me today… Bought me this shirt..brought me downstairs . Where her family held a very nice surprise birthday party. Even in the mist of drama and fighting they still showed me a nice birthday. I was shocked and extremely honored and happy it brought tears to my eyes.” 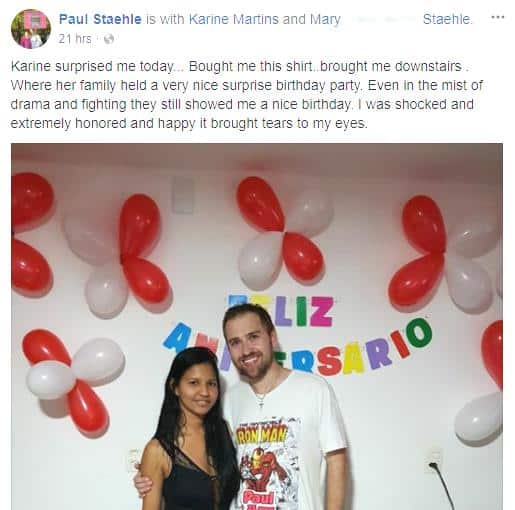 Yes, despite his claims that he had purchased a ticket to return to the US following their split back in February when he accused Karine of cheating, it appears Paul never left Brazil.

In fact, during a Facebook exchange with former 90 Day Fiance star Jason Hitch, Paul revealed he was attending an online college in Brazil.

When asked if he was done with filming, he responded “no.” And when Jason inquired about what Karine was up to, Paul responded that she was attending “English school.” 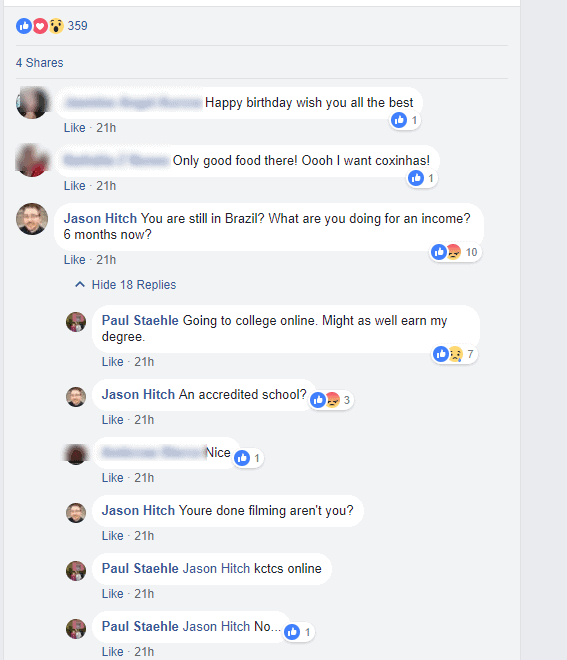 As for the possibility of moving back to Kentucky with his wife, Paul responded: “She does not know what she wants yet…”

Paul and Karine broke up in February after he falsely accused her of cheating on him with an openly gay American man. Following that nasty split, Karine’s family called on Paul to stop airing out their dirty laundry on social media and referred to him as being unstable. But for better or worse, they have found their way back to each other.

TELL US – ARE YOU SURPRISED PAUL AND KAREN ARE BACK TOGETHER?