Vanderpump Rules Recap: Jax Breaks Up With Brittany! Plus Their Relationship Status Today 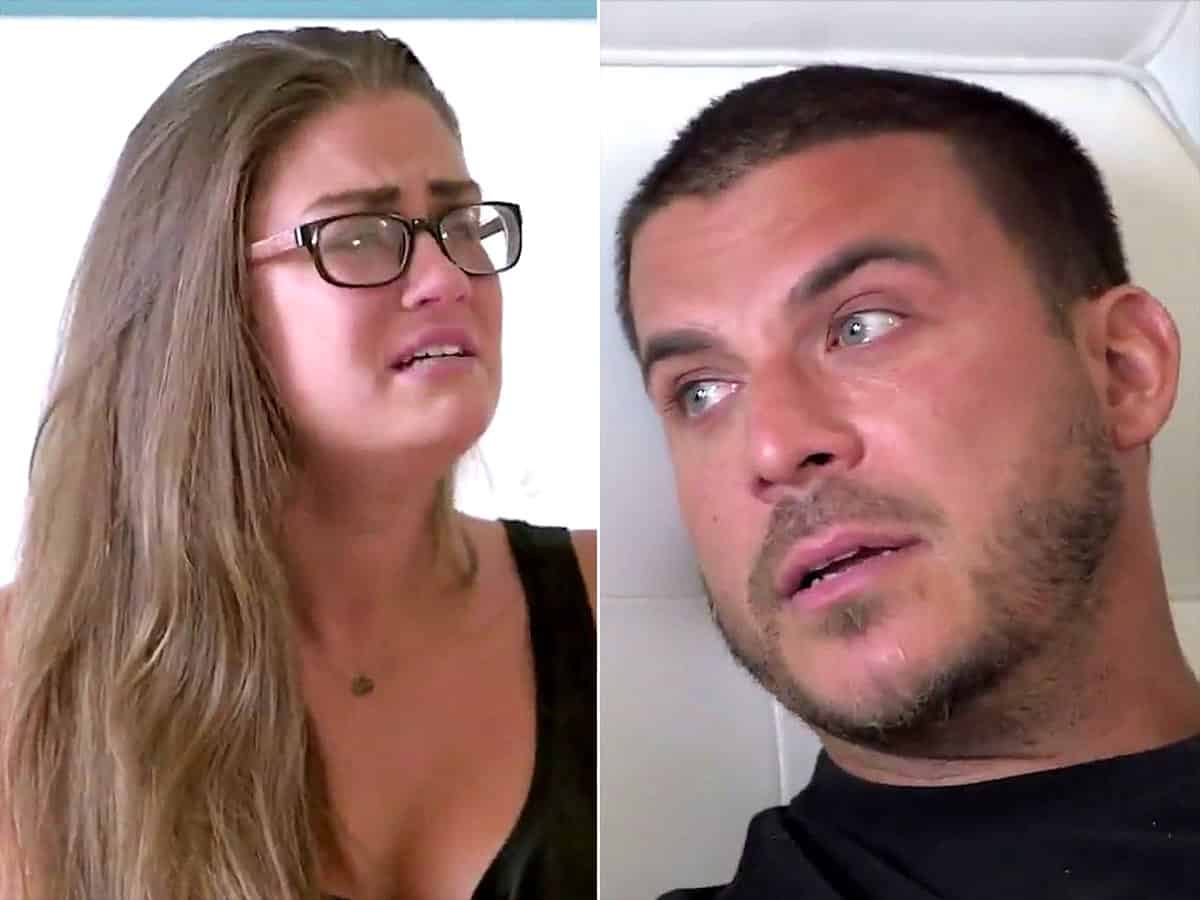 On the latest episode of Vanderpump Rules, Jax Taylor decided to break up with his girlfriend Brittany Cartwright.

He stated to Brittany that he was “really unhappy” and “it’s really hard right now” for him. Poor Jax. NOT. How does he always seem to gaslight Brittany? He makes HER feel like the guilty party and makes her question every move she makes. Jax continued on, telling Brittany that she deserved better than him.

He explained that since he is not happy with himself, they should just break up…and then WWIII breaks out. Brittany cannot believe that after defending Jax, standing by him, and fighting for this relationship after he cheated, Jax is breaking up with her. Jax kept saying, “It’s not working” and “I need to be alone. I need to be by myself,” so Brittany gave him just that. She stormed out of their apartment in tears, never to take Jax back again. We hope.

This episode was however filmed almost a year ago. So are Jax and Brittany still together today? Find out below!

Yes, Jax and Brittany are definitely still in a relationship as it appears their split was very short lived. In fact, the two recently attended the taping of WWHL together in LA. Below is a recent Instagram post made by Jax.

The recap continues below.

After dropping the F bomb and flipping the bird at his boss, Lisa Vanderpump, Jax Taylor storms out of SUR. Well, technically, he was kicked out, but whatever. The Vanderpump Rules crew stares open-mouthed as the chaos settles and no one can quite understand what the hell just happened to set Jax off. “He looks like someone who could use some medication.” Um, I think he has had plenty of medication, if ya know what I mean. The guy’s an absolute hot mess.

Immediately following Jax’s rage-tornado, Brittany plops down next to LVP and apologizes because she (unfortunately) is linked with Jax. LVP asks Brittany to explain what she sees in Jax and asks her if she really has something “worth fighting for.” I can answer that one for Brittany- the answer is NO.

The next day, event planner Stassi helps Katie set up her Pucker and Pout party at SUR. Katie explains how Pucker and Pout is making a come-back because “in the last year,” Katie’s “done a lot of work to grow up.” Buuuuut not too much “growing up” as she has no problem dishing to Stassi about the Jax “meltdown.” No detail was spared. Stassi manages to get the convo to turn to her relationship with Patrick and his manbun. I don’t even know what to call Patrick- Her boyfriend? Some jerk?- and Stassi tearfully explains that she just can’t be with him anymore.

Over at Jax and Brittany’s apartment, Brittany serves Jax some coffee and some Advil, but I think the only thing she should be serving him is an a*s whooping. Jax states the reason he flipped out is because he has “everyone in” his “business all the time.” Jax feels like he has a target on his back and thinks he needs a fresh start. I think he needs a reality check and a whole lotta Reiki sessions, but then again, I’m not even sure that can help this psycho.

TomTom is “taking shape,” ya’ll. The Toms break out their crappy beer and don hard hats as they peruse the TomTom site. They look like a couple of village people as they prod around the restaurant site. Sandoval is pumped that they’re having a 25 person “progress party” to show all of the “progress they’ve done.” I’m prettttty sure that neither one of those dweebs put any blood sweat and tears into the restaurant, but damn they look good “pretending.”

In an instant, Sandoval drops to his knee and “proposes” to Schwartzie. He comes armed with a rose gold pin for his “ride or die.” Schwartzie clarifies the situation by saying that “Katie’s my wife in life,” but Sandoval is essentially his official partner in business.

Later, Ariana meets up with LVP and the ladies discuss TomTom/future successes whilst they trot around on their beautiful horses. The lives these women lead. Ariana shares her frustration with Sandoval, as he insisted on being a part of her cocktail book, but now is too damn busy. I think Ariana is feeling just a littttttle bit jealous about her man’s future. Not a good look.

It’s the night of the Pucker and Pout party and somehow Stassi has event-planned it out rather nicely. Everyone’s there to celebrate Katie…everyone except for Jax, who is home “feeling lost” because his Reiki master is away in Africa. Notice he doesn’t say once how sorry he is or how embarrassed he is for his behavior. This guy’s got serious issues.

Back at SUR…Why is Kristen on crutches?? I guess she figured her drama with James is juuuuust about to blow over, so the only way to continue getting attention would be by “stubbing her toe” and naturally getting some crutches.

LVP rolls up to congratulate Katie on her successful event while Carter, Kristen’s boyfriend, is busy “smizing” at James, ready to kill him in a heartbeat. Carter demands to know why Sandoval and Peter don’t have Kristen’s back and makes the guys tell him exactly what they know about what happened in Mexico. Once satisfied with the dirt dug up, Carter, on Kristen’s crutches, confronts her and sings “stories how they be changing…I heard you guys were in the Jacuzzi together.” Kristen vehemently denies being in the hot tub with James, but I’m pretty sure we can see her nose growing at a rapid pace. #liar. I love how Kristen tries to storm away on her crutches, but the dramatic exit is a little lost as she bumbles around trying to escape her troubles.

Later, Stassi and Brittany have a shot together. Stassi “wants Brittany to recognize her worth” and feels like she can talk some sense into Brittany since Stassi once fell into the Jax trap a few years back. I feel like Brittany defends Jax til she is blue in the face. She claims that she’s the one Jax is with every single night…but let’s get technical here…where was he the night of the Faith incident? Too soon?

The next day, Stassi’s “man” Patrick awkwardly kisses Stassi hello, belittles her excitement over event planning, and looks at her like she’s a dope. I’m sorry. He’s the one wearing a pink t-shirt and ripped jeans. Who’s the dope now? Patrick believes that they need to learn how to be “consistent” in their relationship and find a happy medium. I wouldn’t hold your breath for that one, Patty. Move on, guys.

To celebrate their one year anniversary, Schwartzie makes Katie dinner and shares his excitement about TomTom. Schwartzie states that he feels kinda like a grown up and can see a life truly forming with Katie. Um, I hope so. You’re MARRIED. Maybe it’s the wine, but Katie lets out a heavy bit of info. After her skylight accident, Katie shares that she was very depressed and was experiencing PTSD. Katie feels as though she has seen the light and is back to being herself after a very dark time. It is emotional and adorable to see how much this couple actually likes each other (sometimes…when they are sober).

TELL US – THOUGHTS ON THIS VANDERPUMP RULES EPISODE? DO YOU FEEL BAD FOR BRITTANY?