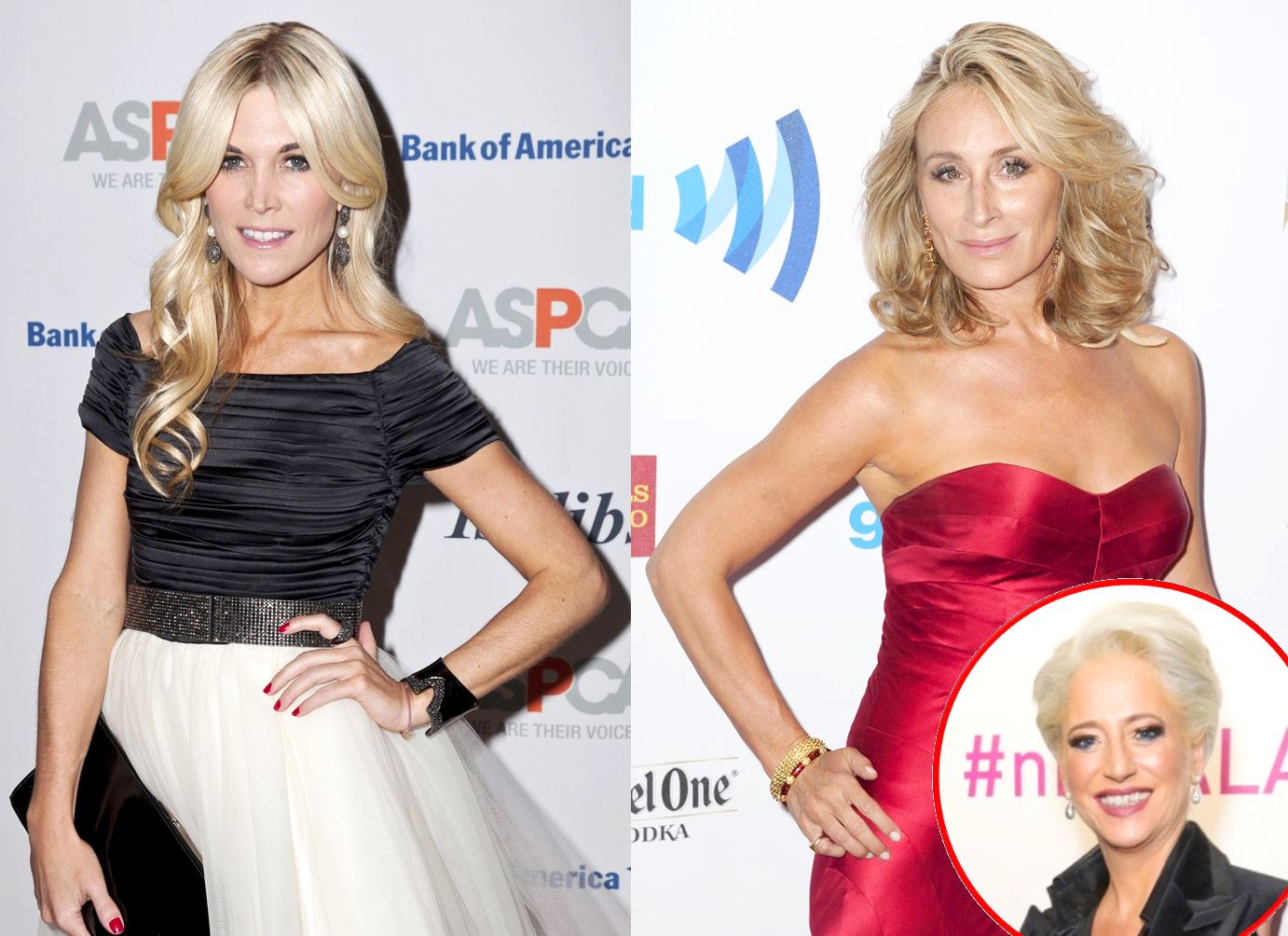 Real Housewives of New York City star Tinsley Mortimer is not taking too kindly to her castmate Sonja Morgan calling her a kept woman on a recent episode of the show.

Sonja claimed that Tinsley’s boyfriend Scott Kluth was funding her lifestyle and paying for her $9K monthly hotel rent. Well, Tinsley is not only denying Sonja’s claims but also slamming her and describing her as being in a “Xanax-induced haze”.  Ouch.

In her latest Bravo blog, Tinsley first makes it clear that Scott, the CEO of Coupon Cabin, does NOT financially support her.

“I hate talking about money and won’t, but suffice it to say that I pay for my apartment and every one of my expenses,” said Tinsley.

She then goes on to slam Sonja for her comments.

“I don’t believe that Sonja achieved a great deal of balance or humility from her “retreat” after spending the summer in a self-professed Xanax-induced haze in the South of France,” stated Tinsley. “She appears to be deriving great pleasure in her attempts to discredit me. What the heck is she talking about? She thinks Scott pays for my hotel room? She thinks he bought her gift certificate? Is she nuts?! When I had that party for her last year (wish I hadn’t), I had only been dating Scott for three weeks. Wow! I must really be good at being a “kept” woman if I can get someone to pay my bills that fast.”

Tinsley added, “She’s trying to project upon me and my background all the things she hates about hers. Sorry, Sonja—it just won’t work. A few ugly words from you won’t change the truth about my upbringing.”

Meanwhile, in a newly released clip for tonight’s episode of RHONY, Dorinda Medley completely loses it on Sonja when she tries to compare losing her husband through divorce to Dorinda’s ex-husband Richard Medley passing away.

“Oh stop with this bologna! I buried a husband, ok?” says Dorinda, who lost her husband to liver failure back in 2011. “Meanwhile you got divorced how many years ago? Almost two decades ago! 15 years? And we talk about Mr. Morgan like he was just having tea in your house!”

“Oh, we’ve heard that a thousand times too!” Sonja fires back, which only makes Dorinda more irate.

Wowzers! That preview clip is below.