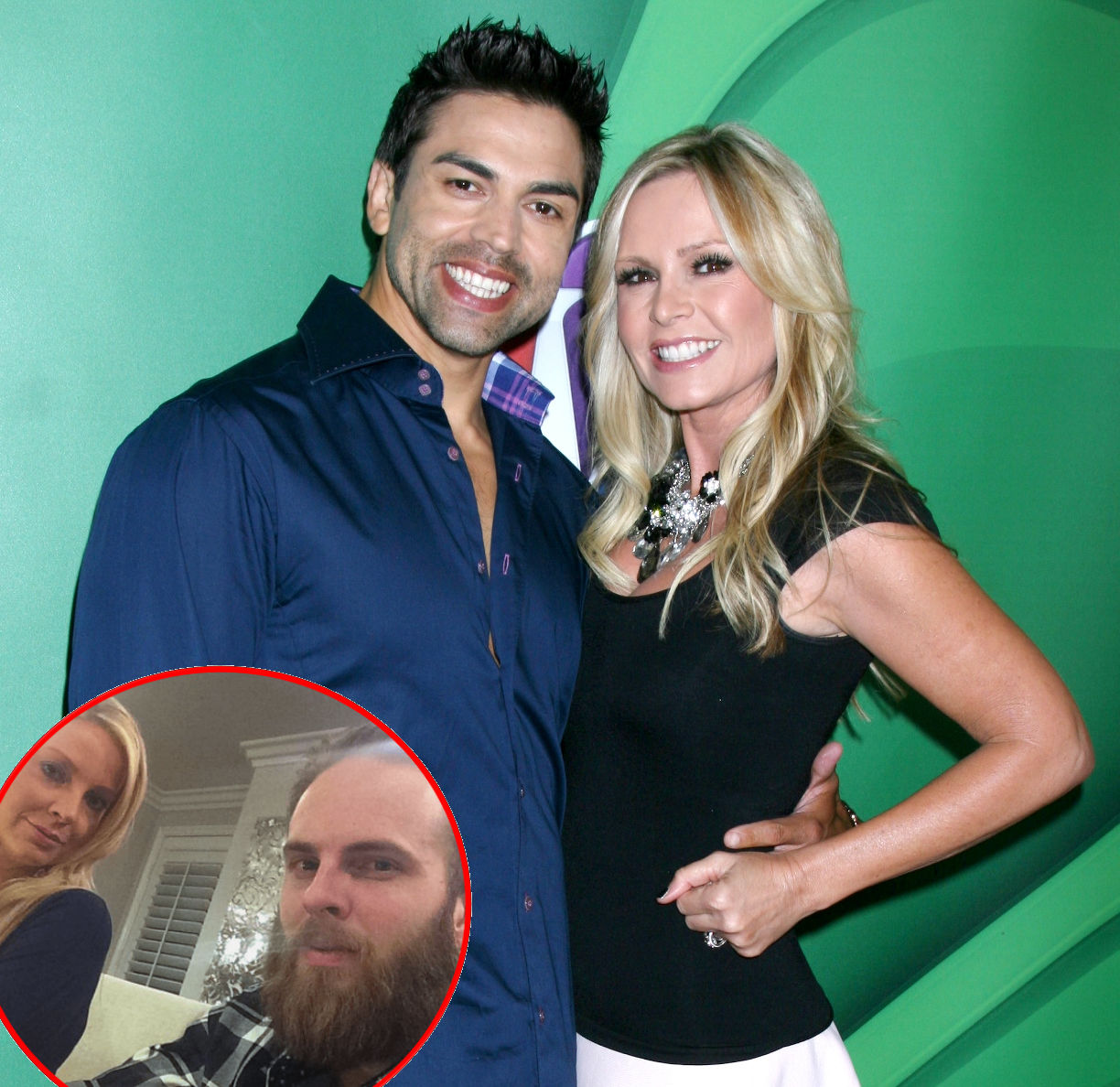 Tamra Judge‘s son, Ryan Vieth, just lashed out against his ex-fiancee, Sarah Rodriguez, on Instagram, leading to a nasty war of words between the two exes.

Ryan, who has appeared on The Real Housewives of Orange County alongside his mother for the past several years, took to Instagram earlier this week and shared a photo of his wedding band.

“Anyone want to buy my old wedding ring, I have no need for this,” he wrote in the Instagram caption of the photo, according to the screenshots posted below, captured by Radar Online.

Although Sarah has made it clear that she has no interest in rekindling her past romance with Ryan, she didn’t take his diss lightly and reposted what he said to her own fans and followers.

“I have been working my a** off to make things good for Ava. But this is not ok to publicly humiliate someone like this,” she wrote in the caption of her re-post. “No one will ever know the sacrifices I made for this person only to be s**t on over and over.” 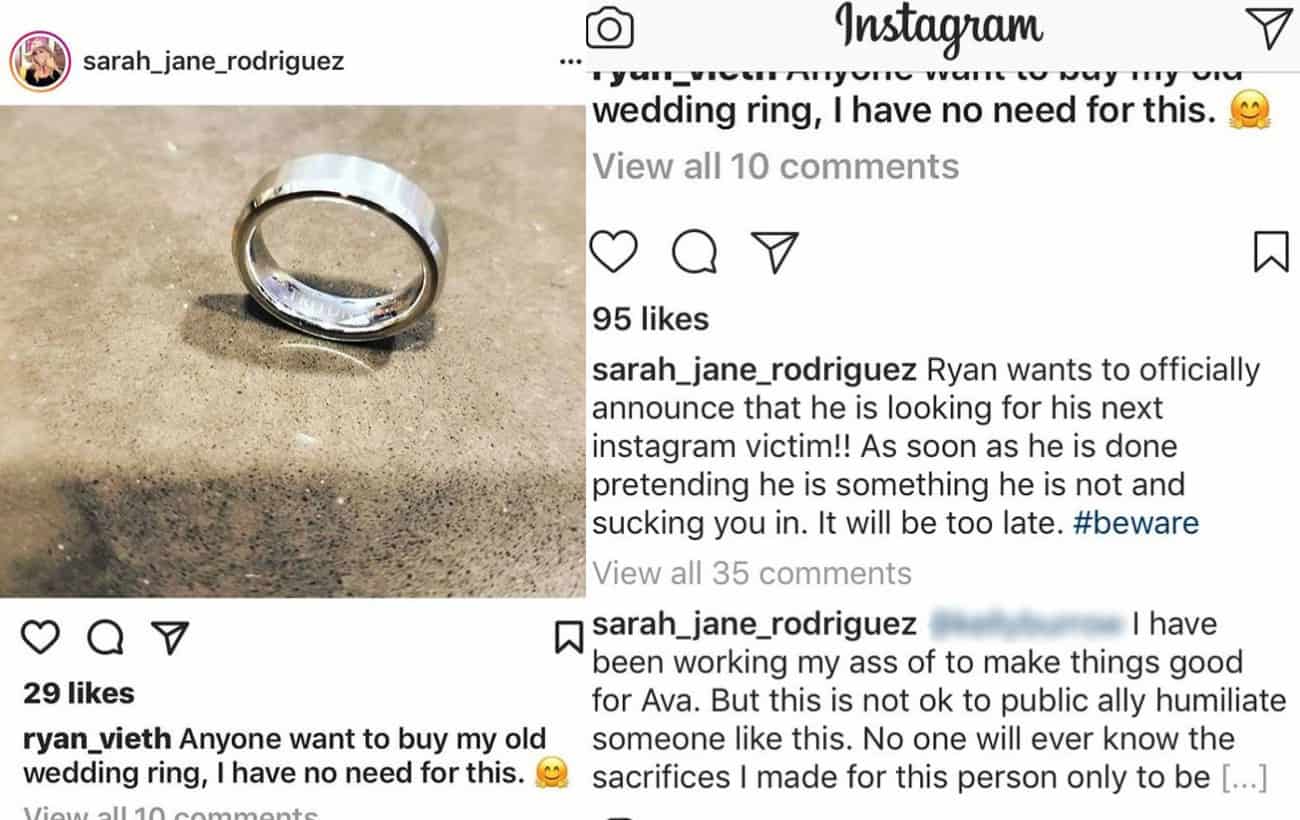 “Ryan wants to officially announce that he is looking for his next Instagram victim!! As soon as he is done pretending he is something he is not and sucking you in, it will be too late,” she continued.

Ryan and Sarah began dating one another several years ago and welcomed their daughter, Ava, in February 2015. Since then, they have been on and off with their relationship issues frequently playing out on social media.

In November, following their most recent split, Sarah slammed the reality star for using their daughter to attract women. Sarah even said that Ryan had been more concerned with dating than their daughter and said he often drank while caring for their child.

Years prior, Ryan was arrested after being accused of domestic violence but the charges against him were ultimately dropped.

Sarah’s posts have seen been removed.  Meanwhile, after a follower of Ryan’s offered him $5 for the ring, he told the person, “sold!”

In other Tamra Judge news, the reality star’s husband, Eddie Judge, recently underwent a fourth surgery on his heart.

“As I sit in the waiting room I need everyone to pray for @eddiejudge❤ another Cardio version ? 4th heart procedure in 4 months and I want my healthy husband back. #powerofprayer?Thank you,” wrote Tamra on Instagram.

Unfortunately for Tamra, this is one of the many health issues Eddie has experienced in recent months. Just this February, she shared a selfie with him at the hospital with the caption, “It’s been a long day and glad it’s behind us. @eddiejudge Just walked his first loop in the hospital like a @spartanrace …kinda? #afib#cardioablation #sinusrhythm.”;

Tamra has yet to specify the exact condition Eddie is suffering from.

The Real Housewives of Orange County season 13 is currently in production.