Home Real Housewives of Atlanta News RHOA’s Nene Leakes Tells Kim Zolciak to Sue Her! Plus She Says Kim and Sheree Have a Fake Friendship

RHOA’s Nene Leakes Tells Kim Zolciak to Sue Her! Plus She Says Kim and Sheree Have a Fake Friendship 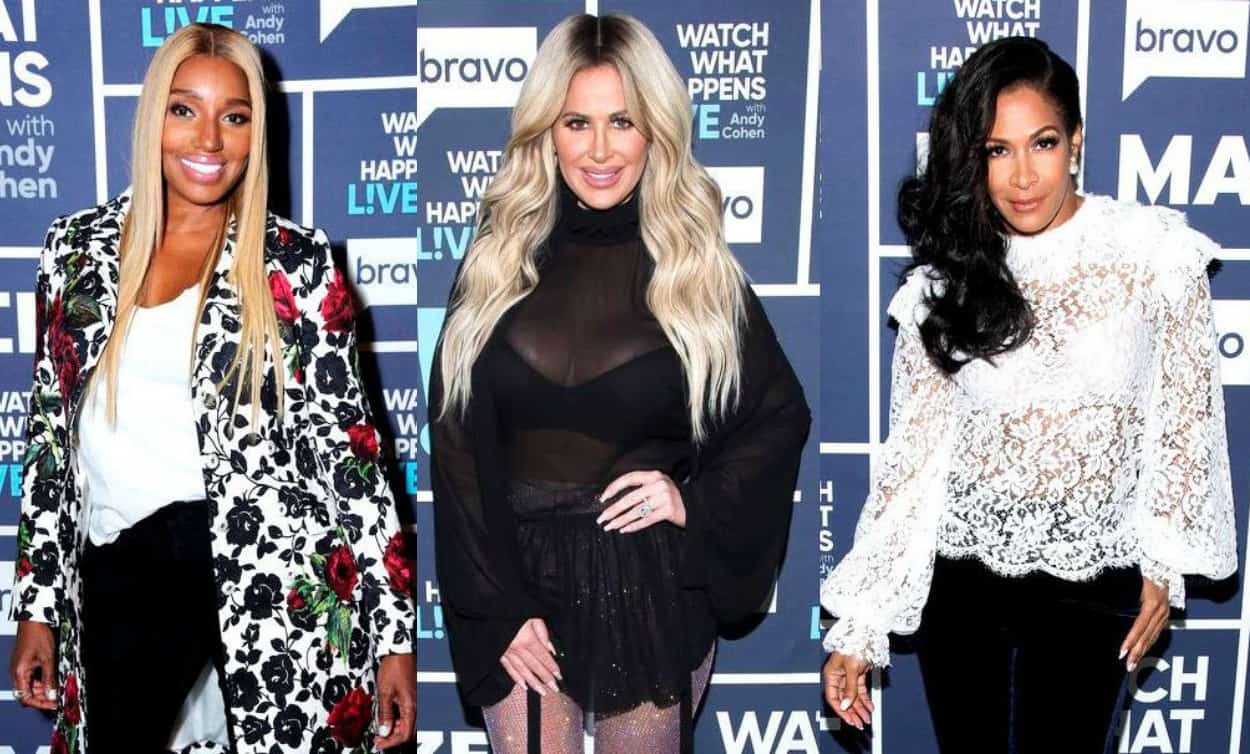 Things got pretty heated between cast mates NeNe Leakes and Kim Zolciak during The Real Housewives of Atlanta reunion. So heated, in fact, that Kim was inspired to issue an “apology” via her Instagram page. But NeNe’s not buying it!

You really can’t blame her, though. The apology was pretty backhanded. Kim said she was “so sorry” for what went down, but also said they both knew that she could file a lawsuit against NeNe “for all the lies you have spewed”.

Kim’s been threatening this lawsuit for awhile, but NeNe’s not worried. She took to Twitter to tell Kim to go ahead and sue her!

”Please file a lawsuit, Chile! Like, I’m begging you,” tweeted Nene. Later adding, “You can never WIN when you play DIRTY, so throw in the towel. I mean throw in the lips. Any time you want to go to court, I’m happy to see you there because your lies runneth over.”

Please file a lawsuit Chile! Like I’m begging you

Anytime you wanna go to court, I’m happy to see you there because your lies have runneth over

Earlier during the week, Nene slammed Kim and accused her of playing victim.

“Kim loves to push buttons, lie, talk s***, insult, and then become a victim when she’s called out on her s***! Most people would love for me to be the bully, but the only bully here is Kim and her plastic surgeon. Bye, Wax figure. I saw who you was a longgg time ago. Thankful for you, they have editing,” NeNe wrote.

Well, NeNe has a point there. Kim’s plastic surgeon IS kind of mean. Seriously, those lips had to have been some sort of cruel joke, right?! But hey, if Kim likes them, we love them. We just may not be seeing them on RHOA next season.

Kim did recently confirm that she will not be returning to RHOA next season. It’s probably for the best as NeNe wasn’t the only cast member who was less than pleased to see her return to the show as a “friend” this season.

In fact, the only cast member who welcomed her with open arms was resident “bone collector” and “tea spiller”, Sheree Whitfield. Kim previously said their friendship “ate NeNe up inside”, but NeNe told Bravo, they can keep their friendship because it’s totally fake.

”I don’t give two f***s about her relationship with Sheree! Their relationship isn’t even real. If it was, they would have told each other how dumb they looked this season,” NeNe said in her latest blog. Ouch!

Well, viewers, this drama is far from over! Kim, NeNe, Sheree,  the rest of the peaches will return to fight it out tonight at 8/7c, on the explosive final installment of the reunion. Stay tuned!

TELL US – DO YOU THINK KIM AND SHEREE HAVE A FAKE FRIENDSHIP? THOUGHTS ON THE REUNION?