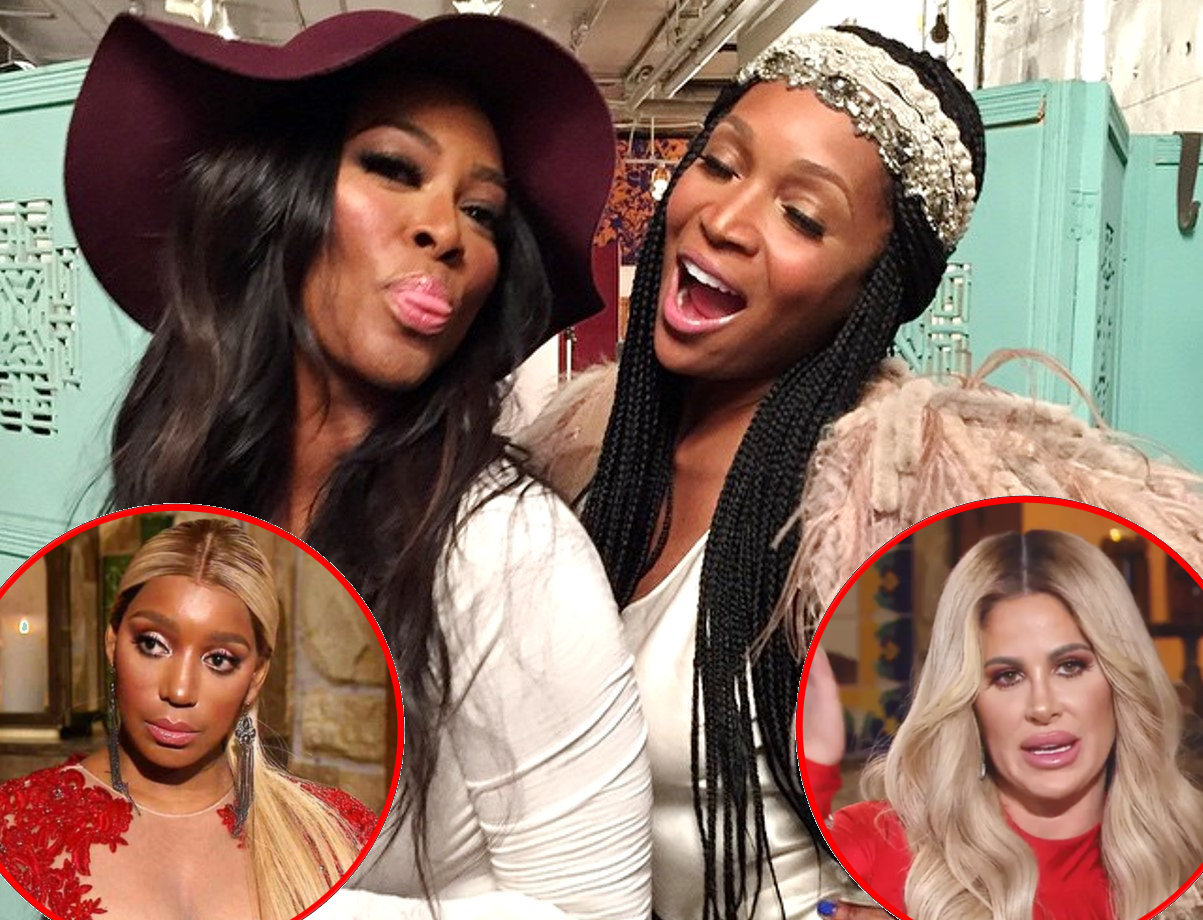 Real Housewives of Atlanta fans were likely shocked, and a little confused, during the first installment of the season 10 reunion, when Kenya Moore accused Marlo Hampton of trying to blackmail NeNe Leakes. And now Marlo is claiming that not only did she not act alone, her co-conspirator was none other than Kenya!

Kenya claimed that a few years ago, Marlo attempted to blackmail NeNe with the sexy text messages she’d sent to a man called “Pizza John”, whom NeNe dated briefly while she was separated from her husband, Gregg Leakes.

According to Kenya, Marlo started dating “Pizza John” after NeNe broke it off with him, and reunited with Gregg.  Kenya said that Marlo got him drunk one night, and proceeded to steal his phone, take screen shots of some of the racier texts between he and NeNe, and then used the contents to blackmail her.

Marlo appeared to take responsibility for this during the reunion, but now she’s claiming that Kenya was knee deep in the alleged extortion plot, and if she’s going down, she’s taking Kenya with her!

“If I’m going down for supposed “blackmail”, guess who my co-conspirator is? I’ll give you a hint..she has bad skin. Y’all want receipts?” Marlo said through her Twitter account.

NeNe responded to the accusations on the same day, saying it was old news, and that she and Marlo are now good.

“Check it! Me and Marlo r cool! Nobody is gonna drive a wedge between us with this OLD info! All these girls was kicking it wit Marlo when she and I wasn’t friends. No one was trying to bring this info up then. I’m married to Gregg Leakes! F*** John.” NeNe said via Twitter. 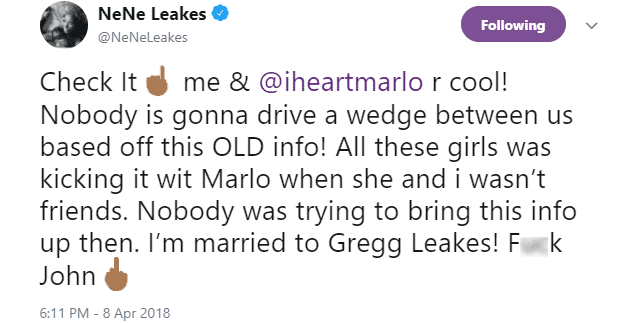 Well, there you have it. Apparently things got pretty messy between Marlo and Nene for a while, but now that their friendship is back on track, all that pesky, little blackmail nonsense is water under the bridge.

Oddly enough, Kenya has yet to dignify Marlo’s accusations with a response, but we’ll certainly be listening when she does. Oh, and Marlo? Since you asked, yes, we’d very much like to see those receipts, please!

In other RHOA news, Kim Zolciak is announcing she has quit the show for good — weeks after it was reported she wouldn’t be asked to return next season by the RHOA producers.

In an interview with TMZ, Kim was asked if she planned to return to RHOA, and she replied: “No, never, never. Too much stress.”

Bravo host Andy Cohen said as much in a recent interview.

Be sure to tune in to Part 2 of the reunion tonight at 8/7c… there’s plenty more tea where this came from!

TELL US – DO YOU BELIEVE KENYA & MARLO PLANNED TO BLACKMAIL NENE? THOUGHTS ON TONIGHT’S RHOA EPISODE?