by Lindsay Cronin May 3, 2018 8 comments
ShareTweetWhatsappPinterestRedditTumblrMailFlipboard 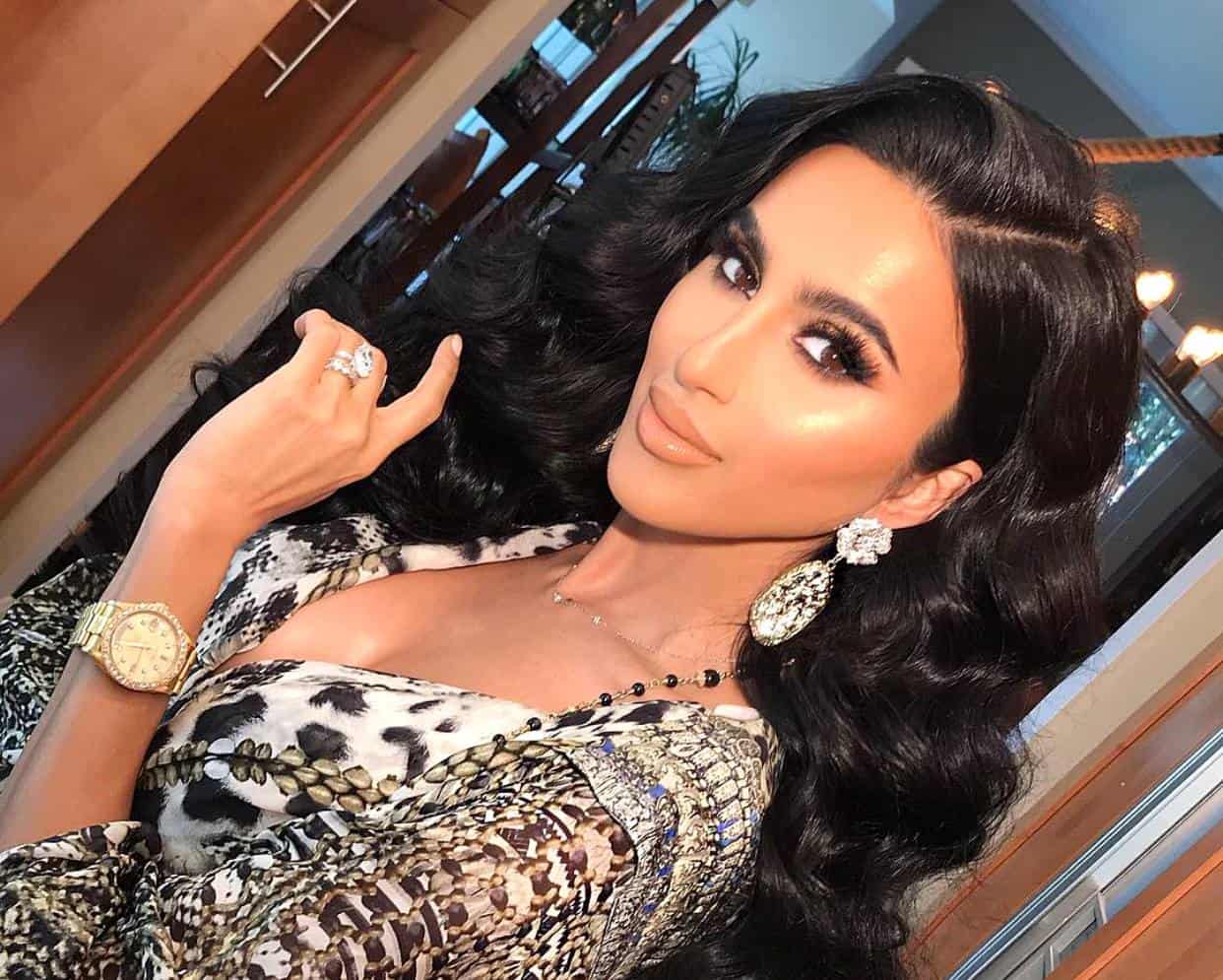 Lilly Ghalichi is facing shocking allegations of drug abuse as she and her new husband, Dara Mir, await the birth of their first child.

Just over one month after the former Shahs of Sunset star shared her baby news with her fans and followers on Instagram, her former business partner, Payam Pedram, filed a lawsuit against her, claiming she cheated him out of money and allegedly admitted to being a “drug addicted lunatic.”

It should be noted that Payam’s lawsuit comes months after Lilly filed her own lawsuit against him back in December 2017, alleging he swindled her out of $700,000.

On April 27, Payam filed his court documents with the Los Angeles County Superior Court, stating that Lilly “withdrew money” from their business accounts and scammed him out of money by making secret transactions. He also claimed Lilly was “habitually under the influence of substances including Xanax and marijuana to the point where she was incapacitated” and “admitted to Pedram that at one point, that she was ‘a drug addicted lunatic.’”

Radar Online shared the documents with readers on May 2.

Payam worked with Lilly on a couple of her businesses, including Ghalichi Glam and Lilly Lashes, and helped increase their profits substantially.

“In 2014 she told him her company Lilly Lashes was making $200,000 in revenue annually and offered him 50% interest to grow the business,” the court documents stated. “Pedram identified a niche in the marketplace where Lilly Lashes was operating, namely instead of selling human hair eyelashes, selling mink eyelashes which could effectively compete in the market.”

According to Payam, he brought tons of profits to Lilly’s lash business after enlisting the help of Kylie Jenner to promote the brand in September 2015, resulting in over $300,000 of revenue and tons of exposure for Lilly and her brand.

“Lilly Lashes was generating $15 million annually in gross revenue. The entities continued to grow because of Pedram and his tireless and diligent work,” the documents continued. “However, rather than focusing on her duties in agreement to market and promote the entities, she reneged on her responsibilities.”

Instead of working hard on her business, Payam claimed Lilly was more “focused on maintaining her ‘celebrity’ public persona and having a ‘celebrity lifestyle’” and took money from their businesses “for her personal use” without telling him.

“As the lawsuit states, Ms. Lilly Ghalichi misled Mr. Payam Pedram by using her self-proclaimed celebrity status and her status as an attorney, to take advantage of Mr. Pedram’s skills and experience as a successful entrepreneur,” Payam’s attorney, Robert Kashfian, said in a statement.

“Once Mr. Pedram was able to garner significant financial success for the businesses, she attempted to forcefully cut out Mr. Pedram from what he is rightfully entitled to,” he continued. “We look forward to a jury hearing Mr. Pedram’s side of the story and vindicating Mr. Pedram’s rights as well as his reputation as a successful and honorable entrepreneur to which Ms. Ghalichi fully benefited from. We are confident that Ms. Ghalichi will be held accountable for her actions.”

Payam is asking the court for $10 million in damages.

Lilly did first file a lawsuit against Payam back in December 2017, in which she accused him