RHONY’s Tinsley Mortimer Talks Freezing Her Eggs, the Possibility of Motherhood and Relationship With Scott Kluth

by Tiffany Brown May 4, 2018 110 comments
ShareTweetWhatsappPinterestRedditTumblrMailFlipboard 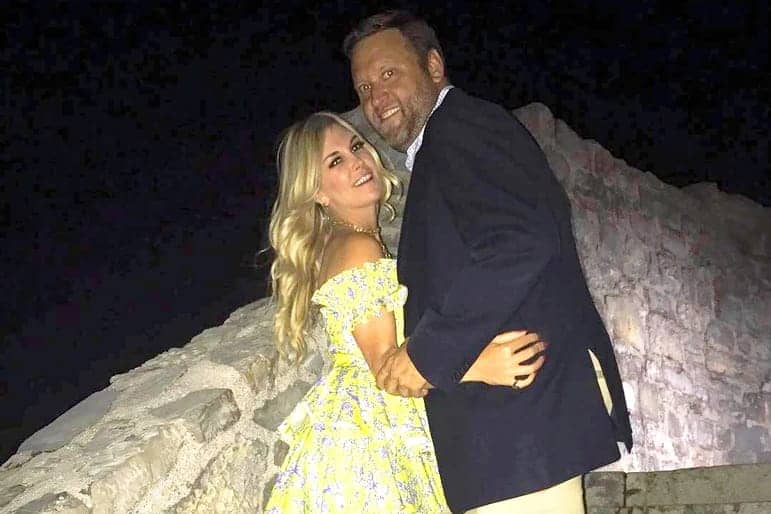 Many Real Housewives of New York City fans were crushed when the series’ golden couple, Tinsley Mortimer and Scott Kluth, called it quits last fall. But the couple reunited on the latest episode of the show after Scott surprised Tinsley by visiting her in New York.

In a new interview, Tinsley, 42, opens up about her relationship with Scott and the possibility of motherhood.

Talking to PEOPLE, Tinsley referred to their split as a “break”, and said that sometimes a little time off can be “a good thing” for a relationship.

“It puts things in perspective, and you start to miss people,” Tinsley explained. “It’s tough, but you know, he lives in Chicago and I live in New York, and relationships are hard when you have the long distance, even though it it’s only about two and a half hours away. It’s not like I have to fly all the way to Europe.”

And just in case fans had any doubts that these two are back together, Tinsley took to her Instagram on May 3 to share a new photo with Scott simply putting heart emojis as the caption. The two are currently on vacation together in Dubai alongside Carole Radziwill, Dorinda Medley and their boyfriends.

Page Six also reported this week that Tinsley and Scott were spotted looking at rental apartments in NYC.

While Tinsley is clearly hoping for a future with the 40-year-old Coupon Cabin CEO, she also knows that life holds no guarantees. And since she’d like to have children eventually, she took matters into her own hands, and, at the urging of her mother, made the decision to freeze her eggs.

“She was very adamant about me doing it, and I did it, and I’m so grateful I did it,” the 42-year-old explained. “It was no big deal! Really, it wasn’t. It was totally worth it, and now they’re just on ice,” Tinsley continued.

So, have Tinsley and Scott discussed the possibility of starting a family some day?

”Scott and I are very close, and we have talked about things like that, so we’ll see.” she said.

Yes, we certainly will see! Season 10 is just getting started, and you can continue to follow Tinsley’s story every Wednesday night at 9 on Bravo. Stay tuned!

UPDATE – More photos are below of the RHONY ladies on vacation in Dubai. Dorinda brought along her boyfriend John Mahdessian, while Carole brought her on-and-off beau Adam Kenworthy.  Also joining them was model RJ King, who is apparently the brother of RHOC star Meghan King Edmonds!