RHONY’s Dorinda Medley Throws Epic Shade at Sonja Morgan! Plus Ramona Singer Says Sonja Is To Blame For Isolating Herself From Cast

by Sola Delano May 7, 2018 4 comments
ShareTweetWhatsappPinterestRedditTumblrMailFlipboard 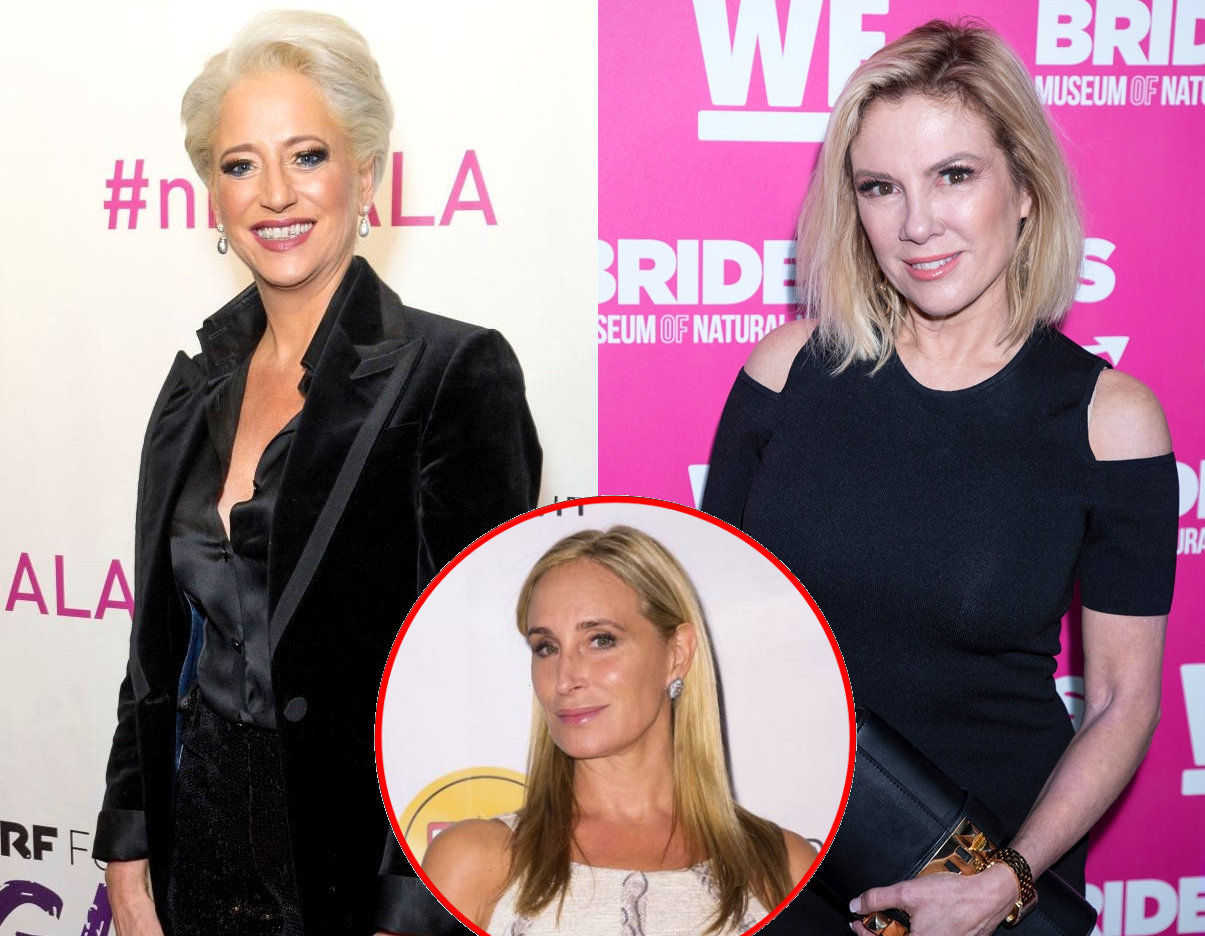 Sonja Morgan continues to find herself the odd woman out on this season of the Real Housewives of New York City.

It didn’t help matters that Sonja chose to compare her divorce to her ex-husband to Dorinda Medley becoming a widow after her ex-husband, Richard Medley, passed away.

This led to a major blowout between the ladies as Sonja refused to back down or apologize for anything. So following the latest episode of the show, Sonja proceeded to tweet about how devastated she would feel if her ex-husband John A. Morgan were to pass away, and let’s just say Dorinda had quite the epic response to Sonja’s tweet!

First, Sonja tweeted: “I will be devastated when my ex passes as well. We had a wonderful marriage & for reasons neither of us could control the bottom fell out.”

Dorinda quickly fired back at Sonja by tweeting: “His other three ex-wives and his current wife of 8 years will be devastated as well. #RHONY.” 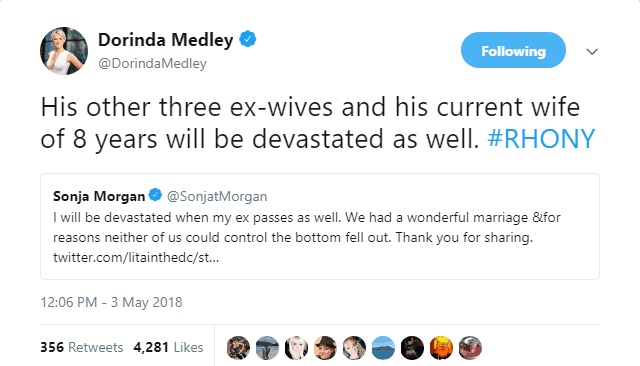 Ouch!  In other Sonja news, Ramona Singer is also taking aim at her in her latest Bravo blog, as she feels that Sonja only has herself to blame for the isolation she is facing from most of her castmates.

First Ramona states Sonja was the one who distanced herself from her during this past summer.

“What needs to be clear is the fact that Sonja made no effort all summer to see me, no matter how many times I reached out to her,” wrote Ramona. “She claims she was depressed, but she was actually in the Hamptons partying all night with her gay friends. At the end of the summer, I saw Sonja at a table beside me at Biblioquet in Sag Harbor, and she never exchanged more than a word with me. With this type of behavior, of course I feel distant from Sonja — hurt and disappointed, too.”

Ramona then adds that Sonja has a tendency of creating her own reality.

“Sonja makes up her own scenarios. She knows that she’s the one who has been the absentee in our friendship, and yet Sonja is trying to put a different spin on it,” Ramona wrote. “Most of the ladies have distanced themselves from her, and I feel bad for her. I can see that most of them don’t want to be in her company. I tried explaining this to her at Henri Bendel, but Sonja can’t take anything in…that’s exactly why she’s having problems with the girls. I don’t want Sonja to be the odd man out, but she’s bringing this on herself.”

A new episode of RHONY airs Wednesday night at 9/8c on Bravo.