Home Real Housewives of New York City News RHONY’s Dorinda Medley Explains Why She Blew Up On Sonja Morgan, Plus Weighs In On Carole and Bethenny Feud!

RHONY’s Dorinda Medley Explains Why She Blew Up On Sonja Morgan, Plus Weighs In On Carole and Bethenny Feud! 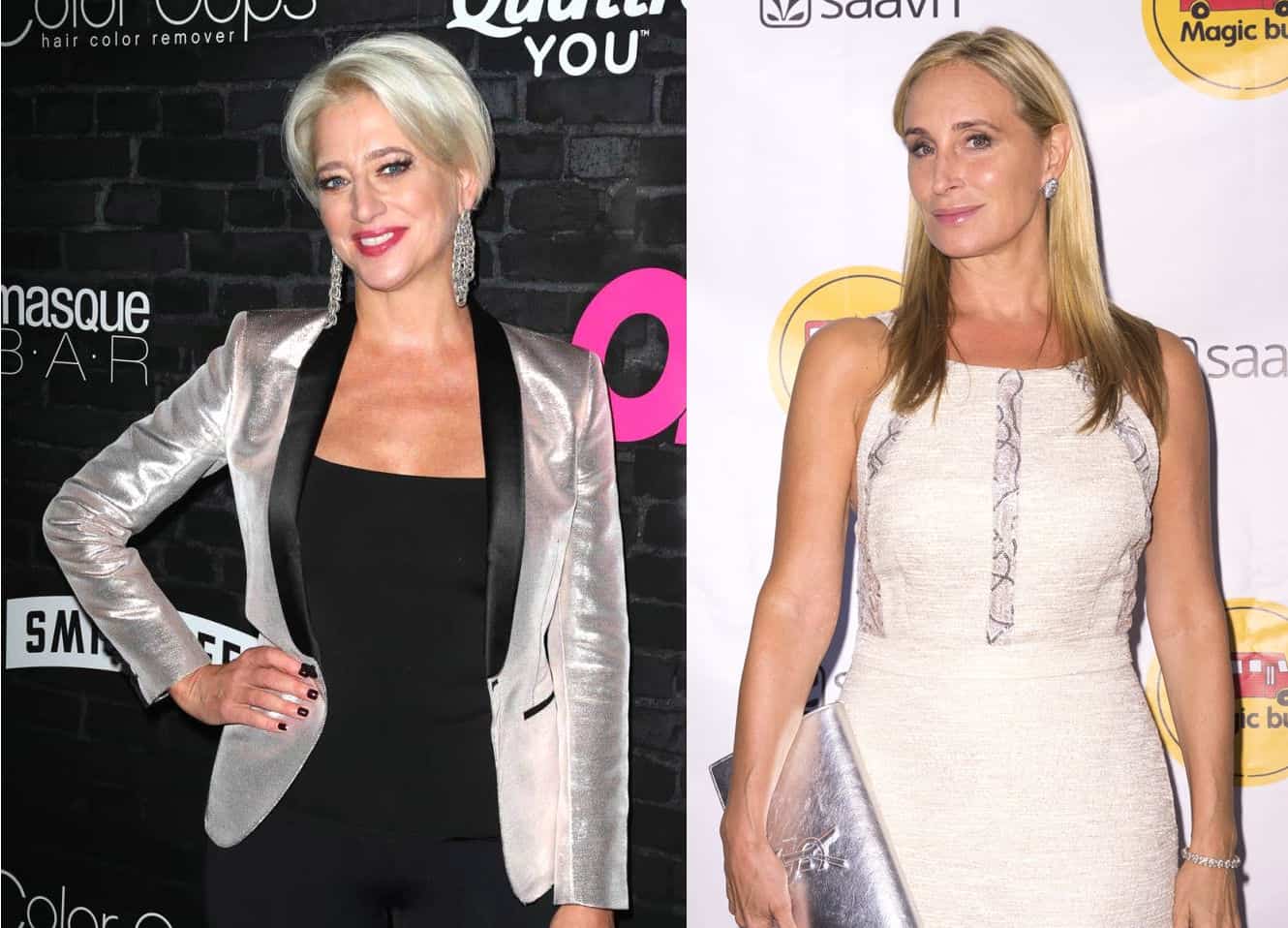 Dorinda Medley is opening up about her recent blowout with Sonja Morgan.

Following the last two episodes of The Real Housewives of New York City, which featured the two women in an intense screaming match during a brunch date thrown by LuAnn de Lesseps, Dorinda is explaining why she went off on her co-star.

“Let me start by saying I had every good intention going into the brunch. I wasn’t going to let anything bother me, but after a half hour of me, me, me and the past again, it got to me,” Dorinda explained in her Bravo blog.

As fans saw last week, Sonja compared her divorce from John A. Morgan to the end of Dorinda’s marriage, which occurred after her former husband Richard Medley tragically passed. Understandably, Dorinda was highly put off by the idea that Sonja would suggest her divorce was as painful as what she went through when her late husband died in 2011.

“The trigger was and will ALWAYS be this ridiculous comparison of filing divorce papers to burying a loved one. Isn’t one a choice? Isn’t the other, last time I looked, a non-choice, a terrible unwanted ending?” she asked. “I guess if you are a a completely detached human being you can draw a comparison, but believe me, you would have to be completely delusional.”

“Signing divorce papers—again out of choice—due to lack of trust, love, or loyalty, and then having lunch at Le Bilboquet afterwards, is FAR different to watching a life slip away before your eyes and then making arrangements for his funeral,” Dorinda continued. “Why don’t you call Mr. Morgan—cause you can—and ask him if it’s the same. God knows I sure can’t call Richard and will never be able to even see or talk to Richard again.”

Dorinda concluded by saying that she will not be silenced when it comes to keeping the memory of Richard alive.

“I will continue to talk about Richard Medley, my late husband, and honor his legacy for his children, for Hannah, for his friends, and for me! Isn’t that what you do when a loved ones dies? Has everyone forgotten about their grandparents, their parents, husbands, wives, friends etc when they pass? That’s why they have things like memorials,” she said.

In a separate interview with Entertainment Tonight, Dorinda discussed the ongoing feud between her castmates Carole Radziwill and Bethenny Frankel.

“You’ll see how the whole thing unfolds,” she said. “It really does unfold over, like, eight episodes. So, for me to even sit here and say, this is the one thing, it wasn’t.”

“They’ll figure it out and come back together,” says Dorinda about a possible reconciliation between the two former BFFs. “It might just be a little different.”