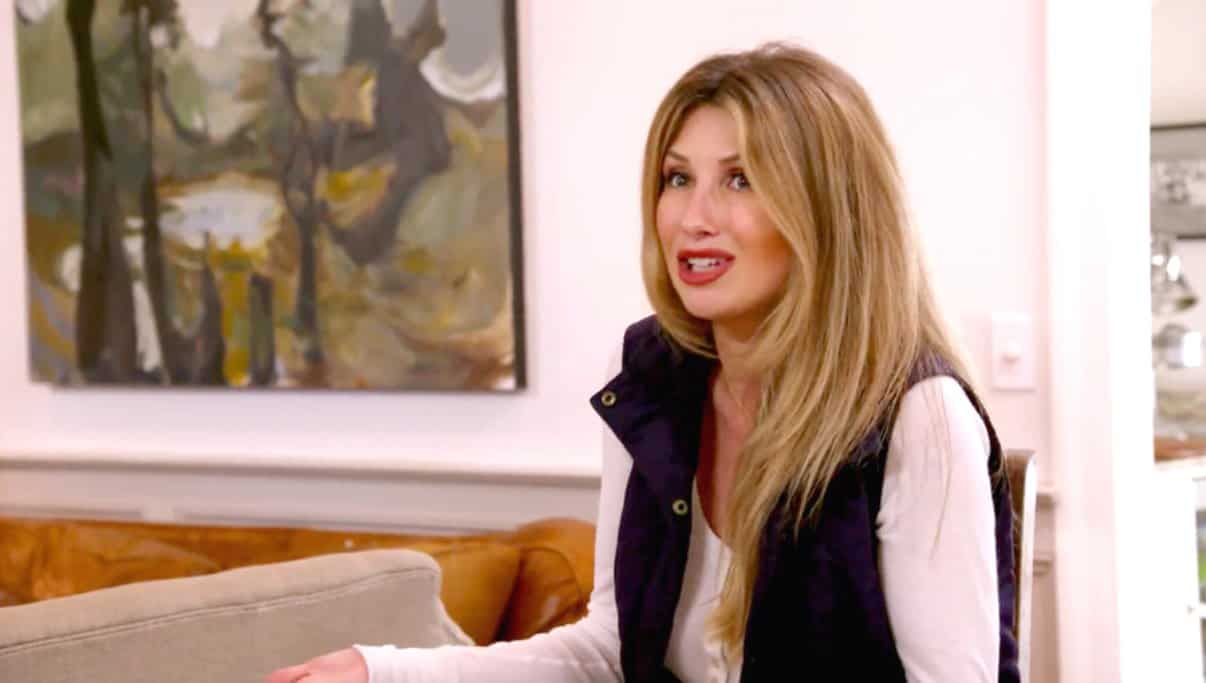 This Hilton Head trip has certainly shaken up the cast quite a bit…Let’s see what more drama can occur during this episode of Southern Charm.

Austen, out on the deck, is defending his relationship to his very jealous girlfriend, Victoria. Instagram stories: ruining relationships, one video at a time. An extraordinarily angry Victoria hangs up on Austen, which forces Austen to chat with Chelsea. He lets her know about his current situation and Chelsea insinuates that her friendship with Austen may never be quite the same…which just leaves the duo in a pickle.

Evidently, there was a frat party in the house the night before. Everyone’s waking up, getting going, and wiping chocolate off their faces. Oh wait, that’s just Kathryn. “I eat when I sleep. I have an issue.” Seems to me you have way bigger issues than that—I mean, take your ex Thomas and his behavior this weekend, for instance.

Shep’s the only smart one- he bounces early so he isn’t stuck cleaning up the house. The man’s a genius. The rest of the gang gets themselves out the door, too, leaving Thomas and Ashley alone in the house. These two are like bumbling idiots once they find out everyone’s already gone from the house. #karma.

Shep rolls up to his parents’ house and hangs out with his mom, Fran. She seems like a lovely lady, with a lovely house, and with pretty stellar sandwich making skills. Fran asks about Shep’s nose injury and Shep explains he is “trying to make his fuse longer.” He also shares that he’s not a conventional person and therefore, he won’t be leading a conventional life. Fran does not act surprised upon hearing this information, but she was shocked to learn that Kathryn would be helping Shep when he has his knee surgery. People change, Fran. Deal with it.

Meanwhile, before heading back to Charleston, Chelsea takes the girls on a drive-by past her step-father’s house. Chelsea gets surprisingly emotional when she begins walking on the drive-way and immediately gets back into the car. Then, Chelsea lets the girls in on something: her step-dad died when she was 8 years old and her life changed from that moment on. Her mother had to work extra hard, they had to move into an apartment, and they struggled for a very long time. She explains that this is why she is so independent and not reliant upon men. That would totally explain a lot of why Chelsea is the way she is.

Back in Charleston, the crew works to get back into their daily routines and for Shep, that means, getting knee surgery. As promised, Kathryn takes on the responsibility of being there for Shep and driving him home post surgery. On the way to the hospital, Kathryn shares that she sent Thomas a message asking that Ashley not be around the kids, especially not for Saint’s birthday. While on the topic of love lives, Shep lets Kathryn know that he just hasn’t found the one. Seems to me like this is a relationSHEP in the making. I mean, 3 hours later, Kathryn is stuck being his nurse. If that ain’t love…

Later, Austen explains that the situation with his girlfriend Victoria has de-escalated since Hilton Head. As they eat their take-out, Austen awkwardly describes the Hilton Head trip to Victoria. He lets Victoria know that he doesn’t want Chelsea to “disengage from” his life and this sets Victoria off. While Victoria rambles on about “appropriate body language” and rears her ugly head of jealously, Austen “defends” Chelsea, which naturally ticks off Victoria. “F*cking, social media. What a pain in the a*s.” Austen is beyond frustrated with Victoria and begs that they can move past the issue.

YOU GUYS: Palmer Corinne Wimberly was born! Cameran was in labor for about 12 hours and is now the proud momma of a little girl. She catches up with Shep and fills him in on all the details of the delivery. As Cam puts it, Shep has “ice on his knee” and she has “ice on” her vagina. Ah the woes of labor and surgery!

Dear God – Craig’s “self-portrait” for his therapist. LOL. He tries to explain his vision to his therapist. It appears as though he is “not self-directed,” which is really a nice way of saying “you’re a complete f*ck up.” Craig shares his fears with this therapist and the therapist straight up says that Craig is “bullsh*tting himself.” Touché! Craig admits that he can “manipulate a ton of people. I have that ability. I am a great liar!” His pride in this trait is slightly psychotic and even the therapist raises her eyebrows. She states, “Next time we talk, I’m gonna make you talk about why you like being a liar.” Can’t wait to hear Craig’s BS answers to those questions…

Kathryn is busy prepping for Saint’s 2nd birthday. She gets her kids dressed in ridiculous matching ensembles and readies herself for a day of family fun. Note the emphasis on family.

Over at Thomas’s house, Ashley complains about how last weekend’s behavior took a “toll on her emotional health.” Really, it’s her way of pretending to not be annoyed that she can’t go to Saint’s party. As Ashley talks and talks about how much she can’t stand Kathryn and how she doesn’t trust Kathryn’s intentions (hello- pot…meet kettle), Thomas realizes that the real reason Ashley wanted to be at the party was to keep an eye on him. Ashley explains that, “I’m dealing with darkness and evil. Yea? You wanna go there!” Like, woah lady. There’s no reason to go from zero to sixty. “At the end of the day, I’ve got you. And I’m not going anywhere.” Ashley has taken stage five clinger to the next level. Even Thomas says that Ashley is “very intense” and suggests that she go back to California for a few days so the couple can have some time apart.

Thomas meets Kathryn at Saint’s party before the guests arrive and the exes have a fine time working together. The rest of the crew show up to the jump-off (side note: only Naomie would be wearing WHITE pants to a 2nd birthday party. #ballsymove) and Chelsea and Austen flirt obnoxiously. Either get together or cut it out. Thomas and Kathryn are getting along totally fine- see what happens when you take psycho Ashley out of the picture? Kathryn states that she thinks Thomas sees her as “an adult” and now has a newfound respect for her.

The next day, Kathryn, Shep’s new bestie, goes over Shep’s house. They have been spending quite a bit of time together and Shep admits that Kathryn “has a pretty hot look.” I am not very sure what is going on with these two. Kathryn brought Shep a get-well box and Shep states that “Kathryn is such a joy to be around.” I mean, how many times can Shep tell Kathryn that she looks great?!

It is clear that maniac Ashley and Thomas are not gonna make it much longer. Ashley is slamming Thomas with questions about Saint’s birthday party and Thomas lets Ashley know that Kathryn doesn’t “appreciate Ashley’s presence.” Thomas explains that he will always have a “soft spot in his heart for Kathryn” and an emotionally charged Ashley picks fight after fight with Thomas. When Ashley threatens that she may not come back from her California trip, Thomas smirks the way only Thomas can, and it appears as though the writing is on the wall for this couple: the end is near.