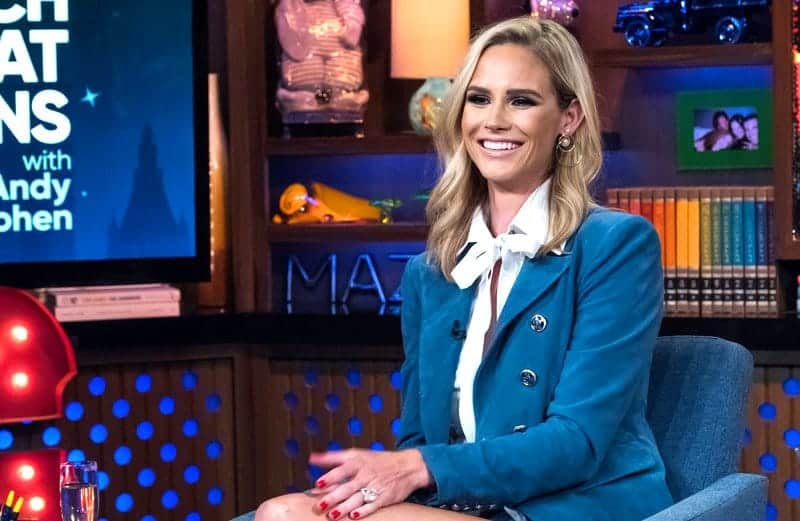 Meghan King Edmonds gave birth to her twin boys on Tuesday and days later, the former Real Housewives of Orange County star shared a photo of her post-baby body on Instagram.

Along with a bikini emoji, the 33-year-old mother of three posted a postpartum image she took of herself in the bathroom of her hospital room in St. Louis, Missouri.

“I worked on this bump for a long and hard 37 weeks, you didn’t think I’d give it up that easy, did you?!” Meghan wrote in the caption of the photo. 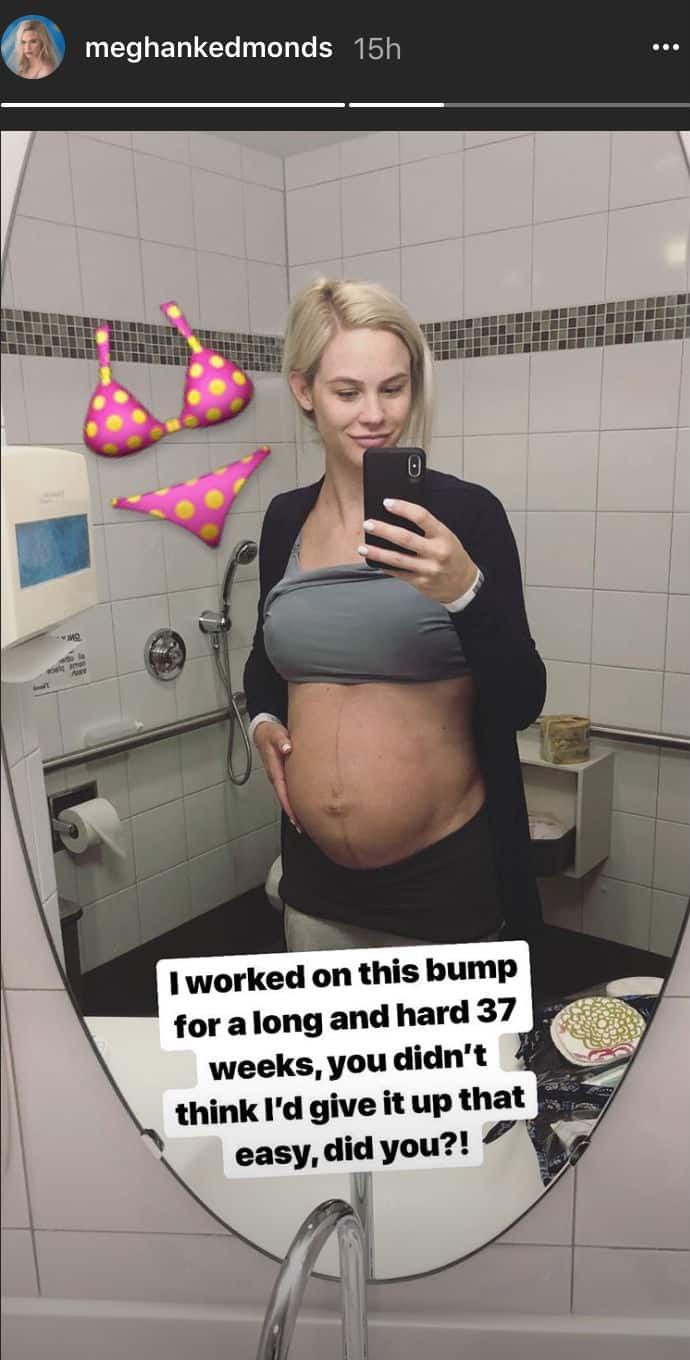 Following the birth of his twins, his sixth and seventh children, Jim Edmonds took to his Instagram page and shared a number of images of the babies with his older children, including one-year-old Aspen, who he shares with third wife Meghan, and Landon and Sutton, who he shares with second wife Allison Raski.

Below is a photo of Aspen being introduced to one of her baby brothers just hours after his arrival. 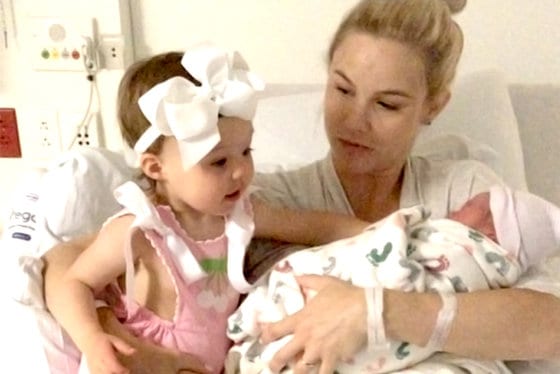 Meghan also shared the photo below on her Instagram with Jim and her twin boys. 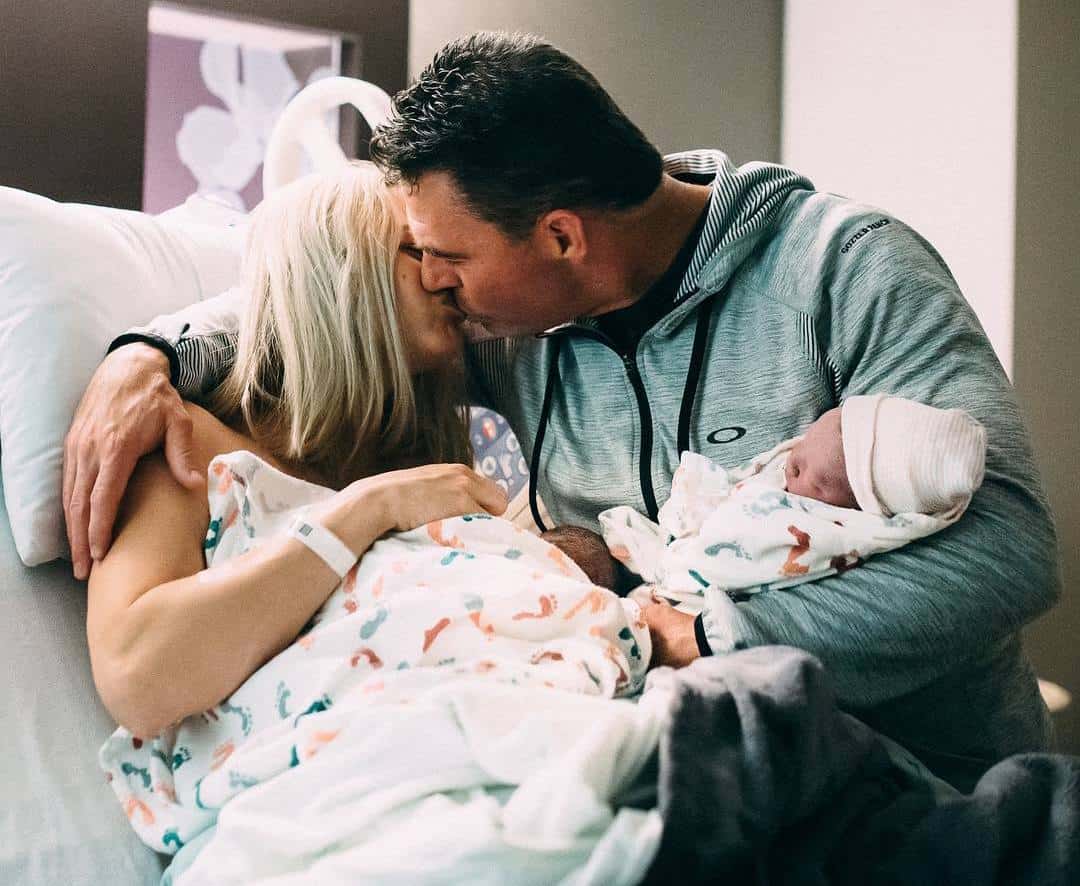 Meghan and Jim pictured with their twin boys

Jim is also dad to Lauren and Hayley, who he shares with his late first wife, LeAnn Horton.

Below are photos of the twins being introduced to Landon and Sutton. 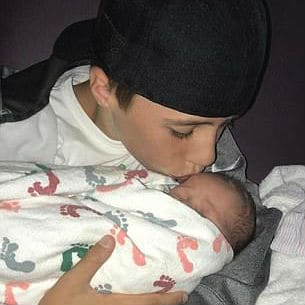 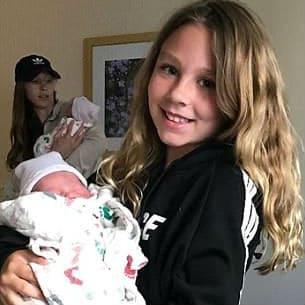 And on her personal blog, Meghan shared her babies’ names! She revealed she named her twin boys Hayes and Hart, with King as the middle name for both boys.

“Hayes (who looks like Jimmy) is Jimmy’s great-grandma’s maiden name, Hart (who looks like me) is my great-great-great grandpa’s first name.  King is a given for their middle names.  Our family is now completely complete,” blogged Meghan.

Meghan and Jim welcomed their twins through in-vitro fertilization, just as they did with their first child, Aspen.

At the end of last year, after discovering her pregnancy, Meghan announced she would be leaving The Real Housewives of Orange County after starring on the show for three seasons.

“This is what I must do.  I must focus on my family and my pregnancy,” she explained at the time. “I will miss the rush of the first all-cast event of the season, the anticipation of receiving each week’s episode, the thrill of wrapping the reunion. But I guess it’s time for me to become an actual real housewife of sorts.”