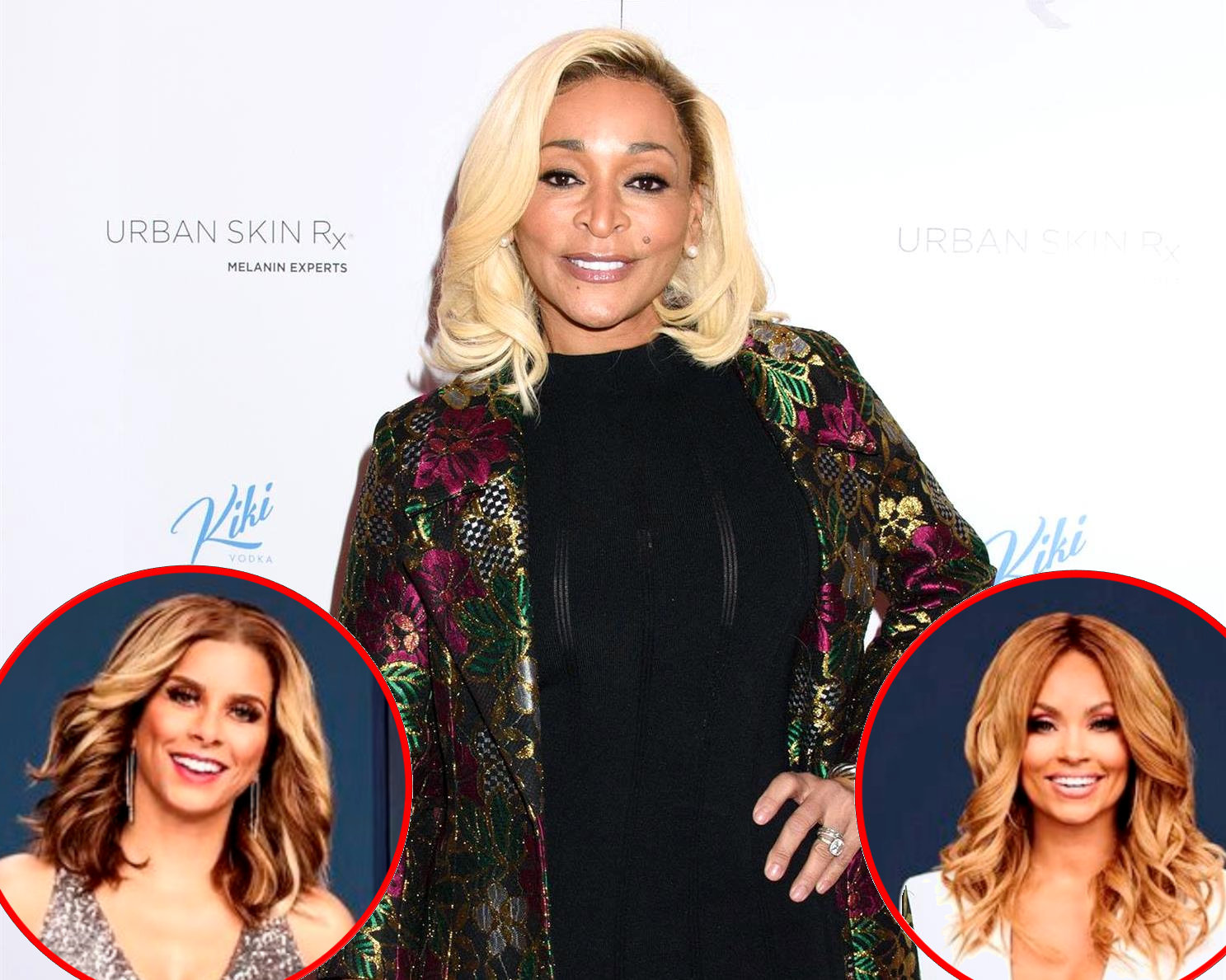 When it comes to telling like it is, nobody does it like The Real Housewives of Potomac’s Grande Dame, Karen Huger.  And when she dished about this season’s many dramas during a new interview, she did not disappoint!

The other ladies have been pretty messy this season, and they’ve constantly been at each other’s throats…quite literally at times. We’re looking at you, Monique! Karen was understandably mortified when an argument between her co-stars, Robyn Dixon and Monique Samuels, turned into a full on street brawl outside of her fragrance event, and decided she “needed a break” from all of her friends for a few days.

And she wasn’t letting the “innocent” bystanders off the hook, either. When Gizelle Bryant tried to explain that she hadn’t even been involved in the fight, Karen told her she was far from blameless, and pointed out her habit of “sitting back and watching the bonfire,” as though she hadn’t been the one to “strike the match” that ignited it.

In a new interview with Bravo TV, Karen calls Gizelle’s behavior “desperate” and accuses her of starting drama.

“Match, bonfire or hot sauce Gizelle admits she likes to start mess and then call in one of her flavors of the day (today it just happens to be Ashley Darby) to stir it up. This behavior is desperate and laughable. Either way, it is a recipe for disaster,” said Karen.

Surely part of the reason it’s all so frustrating, is that the fights seem to stem from the pettiest issues. Last week, for example, it was all started because Robyn and Monique, now mortal enemies, had invited the ladies to attend separate events on the same day.  When Robyn realized there was a conflict, she turned it into a childish competition about who would attend which event.

When her long time friend, Charrisee Jordan-Jackson, broke the news that she would be attending Monique’s event, Robyn took it very personally, and even said that Charrisse should simply blow off Monique’s event in favor of her own.

It wasn’t a good look. And Karen says now that she feels Robyn was simply blinded by plain old jealousy.

”Robyn should be ashamed of herself. She is too old to act so childishly. It was never a matter of Charrisse choosing  Monique over Robyn. Forget protocol, Robyn would have both Charisse and me cancel on Monique because she feels a certain way about Monique. Dare I say it? Robyn appears to be jealous of Monique. Why is it that Monique understood it was simply a calendar conflict, and Robyn chose to make it personal? Robyn needs deal with her personal issues and stop demanding that her friends choose one or the other,” she said.

As for her own plans for that evening, Karen, she says it was “plausible”  for her to attend both events, and that she’d had every intention of doing so, until Robyn started making demands. The Grande Dame just doesn’t do ultimatums.

”Robyn attempting to force me to choose her was laughable. I nearly fell off my chair. Be very clear, given Robyn’s disloyalty to me, I’ve learned to move with caution where she is concerned, and rightfully so,” she said.

“Robyn’s comments were lowbrow, and a futile attempt to deflect from her own personal financial and emotional struggles. I wish Robyn well with that,” she said.

Well, we won’t have to wait long to see whose event wins, and luckily for us viewers, we don’t have to choose one or other. We’ll get to see how both parties go down tonight at 8/7c on Bravo. A preview clip is below –