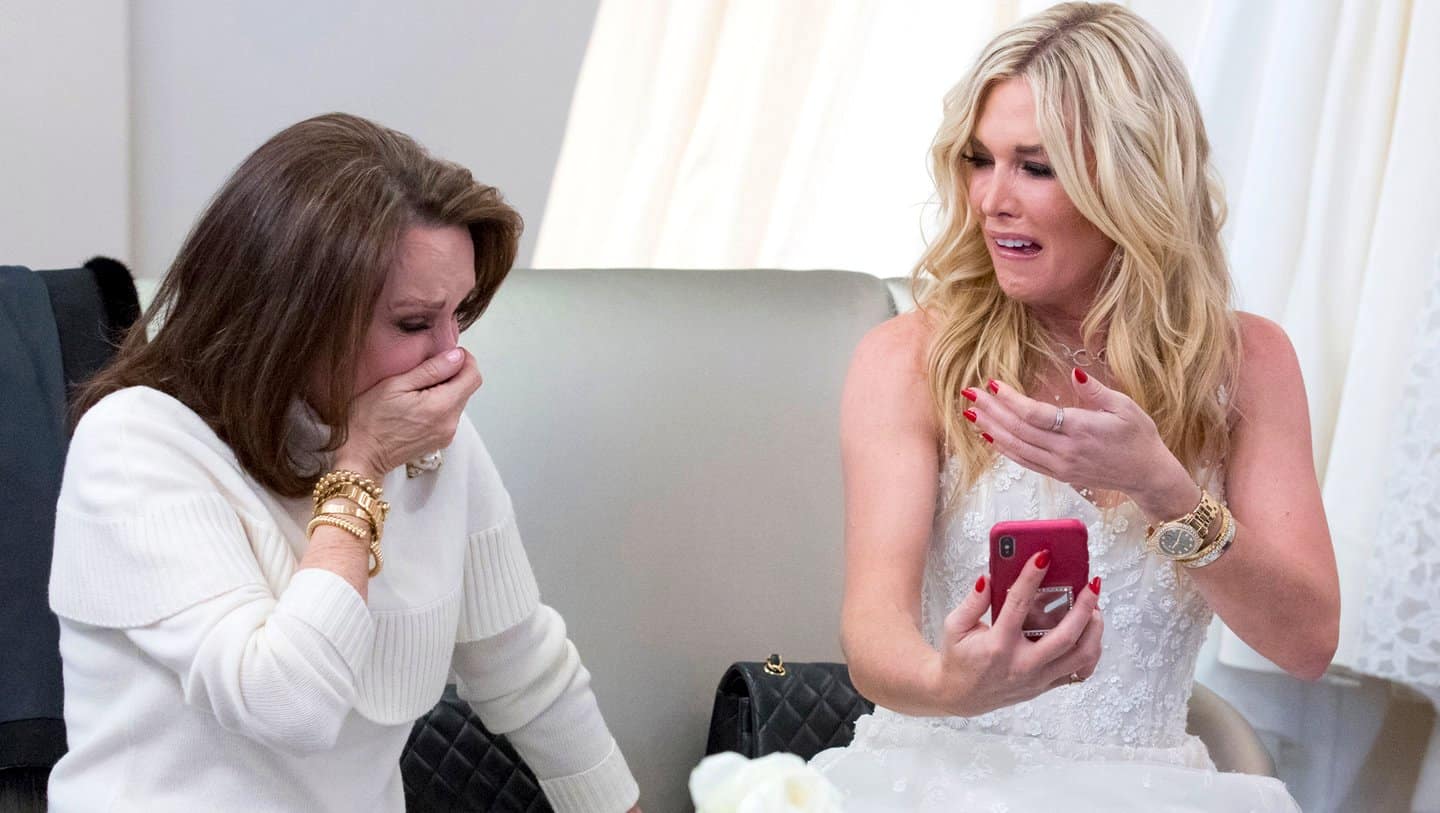 Last night’s episode of The Real Housewives of New York found the women feeling sad, but reflecting on what’s truly important, as they said goodbye to a dearly departed friend, and hello again to a friend in need.

Bobby Zarin, husband of former cast member, Jill Zarin, passed away on January 13th, 2018, after a long battle with cancer, and all of the women were devastated.

Jill didn’t leave the show on the best of terms with the ladies, but they all loved Bobby, and they all agreed that life is far too short to hold on to petty grievances.

Ramona was happy that she had reached out to the Zarins before Bobby’s passing, and had been able to make peace with Jill, and say her goodbyes to Bobby.

Bethenny hadn’t spoken to Jill in nearly six years, but she attended the funeral because she was always close with Bobby, and just really wanted to give her condolences to a woman, despite no longer being friends with, knew had suffered a devastating loss.

After the funeral, Bethenny and Jill shared a touching moment, as Jill told Bethenny she was “so proud” of her for coming, and expressed how much Bobby had loved Bethenny. The women hugged, and even managed to laugh through their tears, when Bethenny joked about there being no gift bags.

Afterwards, Bethenny reflected on her past with the couple, and how she knew Bobby had never said no to anything Jill wanted…until Jill asked him to fix her relationship with Bethenny. He’d told Jill she’d been in the wrong, and would have to make amends with Bethenny herself. But ironically, in a way, he brought them back together, after all.

Bethenny was even inspired to take it a step further, and went to Jill’s home to join her family in sitting shiva, and brought her daughter, Brynn, along, so that Jill could finally meet her. She told Sonja about their time together, and said that Jill had admitted that she’d been wrong in the past, and said she was a different person now.

Bethenny felt it had been genuine, but remained cautious about fully renewing their friendship because she’d “been burned” by Jill before. But she did say that if Jill reached out to her, she would reach back.

She added that she felt that they all spent too much time focused on nonsense, and that she was suddenly having a hard time maintaining any anger toward anyone—even Ramona! She said that she wasn’t sure what was “wrong” with her, but she couldn’t help but feel “sentimental” because they had “all been through so much together.” It was a side to Bethenny we don’t often see.

Across town, Tinsley was thinking about new life, namely creating one with her boyfriend, Scott. Despite the fact that they’ve only been back together for a few weeks, and the fact that he hadn’t proposed, Tinsley said she was seriously considering marrying him and starting a family.

Actually “seriously considering” is putting it mildly. She’s more desperate to the point of psychosis. Her mother, Dale Mercer, came to visit, and the two actually went shopping for wedding gowns. Did I mention there’s been no proposal?

But Tinsley really did look stunning in the gowns, and joked about Instagramming the photos to Scott to “freak him out,” but she wisely refrained from doing so. Besides, mom had probably already freaked him out enough!

Dale told her daughter that she’d “joked” with Scott over Christmas about how Tinsley was “running out of time” to have children, and that if he wasn’t ready, he should just “jump ship.” She thought it was particularly hilarious because they happened to be on a boat at the time.

Tinsley, however, failed to see the humor, and admonished her mother for potentially “scaring him off.” But Tinsley’s mom wants to become grand..NOW! She gave her daughter baby booties in her Christmas stocking, and arrived in New York with a bill for the storage of Tinsley’s frozen eggs.

They even called Tinsley doctor, who walked them through the procedure she would undergo to fertilize and implant the eggs, and showed them pictures of the 7 eggs, prompting them both to sob with glee, as they imagined a houseful of little Tinscotts. Well, that ought to do it. Farewell, Scott, we hardly knew ye.

And speaking of new life, Luann left rehab after a month, and said that she felt “really good” and “healthy,” for the first time in a while. She admitted that she’d been “self medicating” with alcohol, for quite some time, to numb the “pain” and “humiliation” of her short and tumultuous marriage to Tom.

In an effort to appear fine and over it all, Luann, said that she never really gave herself a chance to deal with her feelings, and had just “kept going.” She said that if she hadn’t hit “rock bottom” with her arrest, she’d probably still be going…and drinking.

She described feeling “shaken to her core”, as she stood in front of the judge, listening to him read the litany of charges against her, for crimes she couldn’t believe, or even remember, she’d committed.

The women were all thrilled at the prospect of Luann coming home, and began planning a spa trip to celebrate, but that doesn’t mean they didn’t have a little fun at her expense.

Just before Luann came home, the ladies met for a workout at Con Body, a gym founded and operated by ex cons. It’s outfitted like a jail, with mugshots for the ID cards, and cells for rooms, where they offer high impact, but low maintenance workouts. It’s an absolutely brilliant concept, and the ladies admired the owner’s entrepreneurial spirit.

They entertained the staff with tales of Luann’ arrest, and asked questions about prison life, before suggesting that they hire The Countess to work for them. Andy Cohen, are you listening ? This could be a great premise for a new reality show….I know I’d watch!

Now, don’t go thinking all these warm and fuzzy feelings are going to last. The ladies will head off to the swanky Mayflower Spa next week to celebrate Luann’s return, and from what I can tell, all that “life is too short for petty nonsense” stuff is going to go right out the window. Stay tuned!