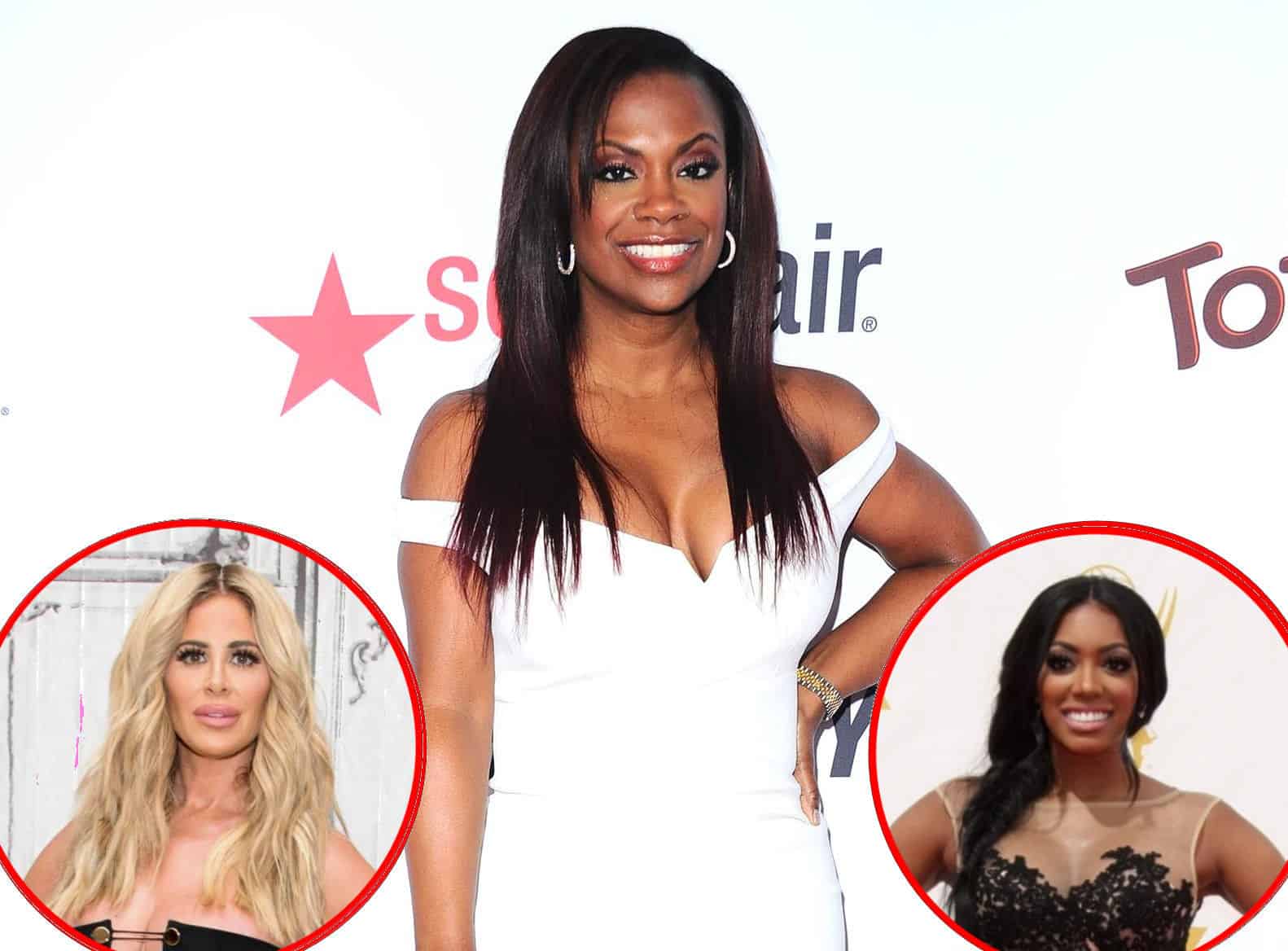 Kandi Burruss appeared on Watch What Happens Live earlier this week and during her appearance on the after-show, she discussed a number of hot Housewives topics, starting with where she stands with Kim Zolciak today.

A caller asked Kandi on the WWHL After-Show whether or not she still talks to her former RHOA castmate and friend Kim.

“The last time I talked to Kim was at the reunion. And if I saw her, I’m sure we’d just do the same thing, just keep walking like we didn’t see each other,” said Kandi.

“There’s no drama, we don’t even talk,” continued Kandi. “The thing about it was we had stopped talking for a long time anyway. And then we tried to start back talking for a short brief period, and then we fell out again.”

Kandi threw some shade at Kim as well during the televised portion of the show, when it comes to Kim Zolciak‘s 2009 song, “Tardy for the Party,” after she was asked about Ashley Darby‘s recent singing performance on The Real Housewives of Potomac.

“It wasn’t bad,” Kandi told Andy Cohen. “I mean you know I can take something that’s not that great and make it great… but I’m done with you housewives in the studio.”

Kandi also discussed her current relationship with RHOA co-star Porsha Williams. If you recall, the two had a major falling out over false allegations made against Kandi by Phaedra Parks and Porsha, when they repeated lies about Kandi planning to drug and sexually assault Porsha.

Recently, Kandi made headlines as she started following Porsha again on social media.

“It was a long journey and I didn’t think we were going to come back,” said Kandi on rebuilding her friendship with Porsha.

“You know what? It’s so weird because last year, I really wasn’t trying to have drama with her. It was like everybody else kept bringing things up which continued the tension between she and I,” she continued. “For me, I just didn’t want it to just be about us anymore. I’m sick of the drama or whatever is wrong with the group to be because of she and I. Like, have your own issues with her. Don’t make it because of me.”

The eleventh season of RHOA is currently filming.