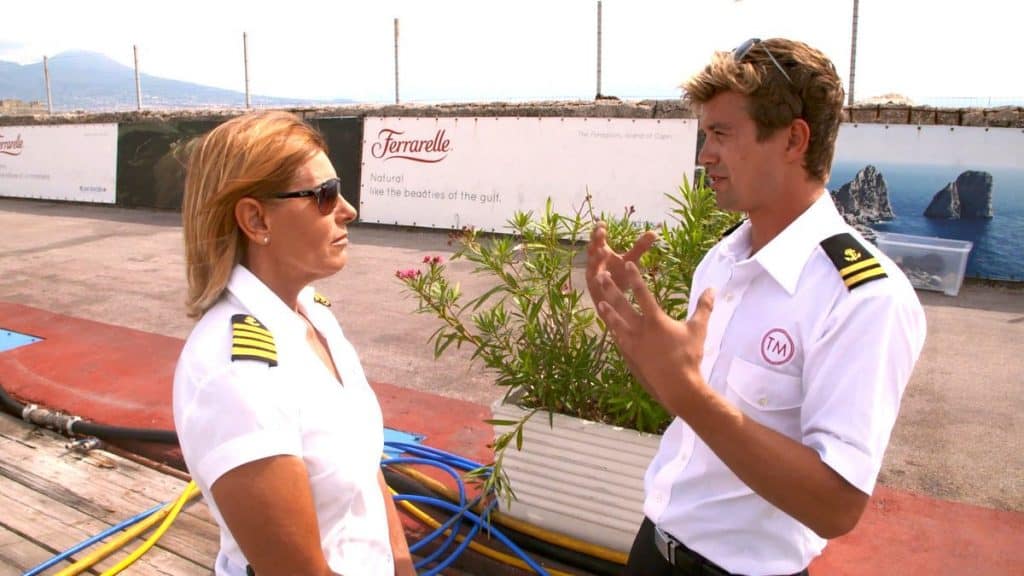 Ya’ll asked…we delivered. Without further ado, here is recap of the newest sh*tshow…I mean, episode, of Below Deck Mediterranean.

On the first night of charter, my true love gave to me, a late dinner making charter guests angry. Maybe if Adam, the onboard chef, wasn’t so dead set on creating a Michelin star menu, then the food would be ready on time. Well either that or if Hannah, chief steward, wasn’t such a b*tch and communicated better with her crew. Just saying…

Meanwhile, below deck, pun intended, Joao and Conrad dine with Captain Sandy. Joao continues to kiss up to Captain Sandy, and I applaud him. Seems like a smart move, considering she is the one who divvies up the charter tips.

Adam cannot believe Hannah nearly ruined his amazing meal, but it seems like the guests are pleased with the dinner, despite it being late. While the gazillionaires chow down, Kasey, 3rd steward, finds animal masks in the guest’s master suite. What?! According to Kasey, “The more you have, the more weird you have to get to keep you entertained.” My God. Is this what happens when you have money? You have to bring animal masks into the bedroom?

Post dinner, the charter guests decide to keep the night going in the jacuzzi…with their animal masks. I can’t. The next morning, day two of the charter, all hands are on deck. Adam whips up some breakfast sammies for the party animals, the anchor is up, and off they go to Capri. Hannah makes Jamie, Colin, and Kasey be her b*tch and set up a picnic on top of a mountain for the guests as Joao, the “solo soldier,” sets up the water toys. Seems like the guests truly love their mountain top picnic. “This is the most mind blowing experience” and I would have to agree. Once the guests hit the town, Conrad and Hannah use this as an excuse to make out, chain smoke cigs, anddddd make out. Is anyone else grossed out by these two?

The boat is rocking tonight…and I don’t just mean with crew drama. As glamorous as a yachting experience is, you cannot forget that you are on a boat, and therefore have to deal with waves and winds and seasickness. Charter guests are vomming and Captain Sandy makes the call to head back to Naples so the yacht could be protected by the mountains. I am highly impressed that the guy in the plaid suit was able to look so dapper, despite the choppiness at sea.

Captain Sandy has had enough with Hannah and Conrad. You can tell her fuse is getting shorter by the minute and she is displeased with Conrad’s constant interactions with Hannah. She even reminds Conrad that, “when I say you do something, do it and then come back.” Captain Sandy laying down the law.

Why are Jamie and Colin even on the show? I tend to forget about them, as they bring absolutely nothing fun or exciting. Sigh. Why can’t they be more like Conrad? The only thing Jamie is good for is sticking her nose in Colin’s business and trying to get him to admit to crushing on Brooke. Oh, Brooke. The girl is clearly trying to kiss up to Hannah since they have been on the outs. It appears as though Brooke’s budding feelings for Joao makes Hannah cringe and because Brooke is not siding with Hannah about Joao’s “weirdness,” the girls have not been on the best of terms. Because of this, Brooke has taken it upon herself to throw Hannah her 30th birthday party (although the girl’s birthday was in November, but hey, who cares). Brooke is doing her best to organize the event and prep for the bday BBQ.

Captain Sandy has had it up to here with Conrad. She clearly has a bug up her butt when it comes to this bosun. When Conrad asks to speak with Captain Sandy alone, she says, “One thing that annoys me is this Hannah thing.” Captain Sandy doesn’t like the constant contact the bosun has with the chief steward, and of course Hannah takes this statement to the extreme. She threatens to not talk to Conrad at all. She knows this will disrupt the boat’s organization, but crazy pants doesn’t care.

Later, Conrad, Brooke, and Adam head out to find some party supplies for Hannah’s “fake” 30th birthday party. I’m still unclear why anyone with half a brain on this boat is doing something nice for that troll, but I guess any reason to celebrate is good enough for the crew.

Colin believes that he “and Brooke have a connection,” but I doubt she’s into him because the guy’s ridiculously intense. In the meantime, the crew BBQ’s for the birthday girl. Hannah is lucky this gang loves booze enough to suck it up and celebrate her, as she is nothing but nasty to the majority of them. A few of Joao’s buddies happen to be in Naples on their boat (what a life, huh) so they join in on the partying, too. Joao’s being uber flirty with Kasey all night and you can tell that Brooke is getting super jelly. 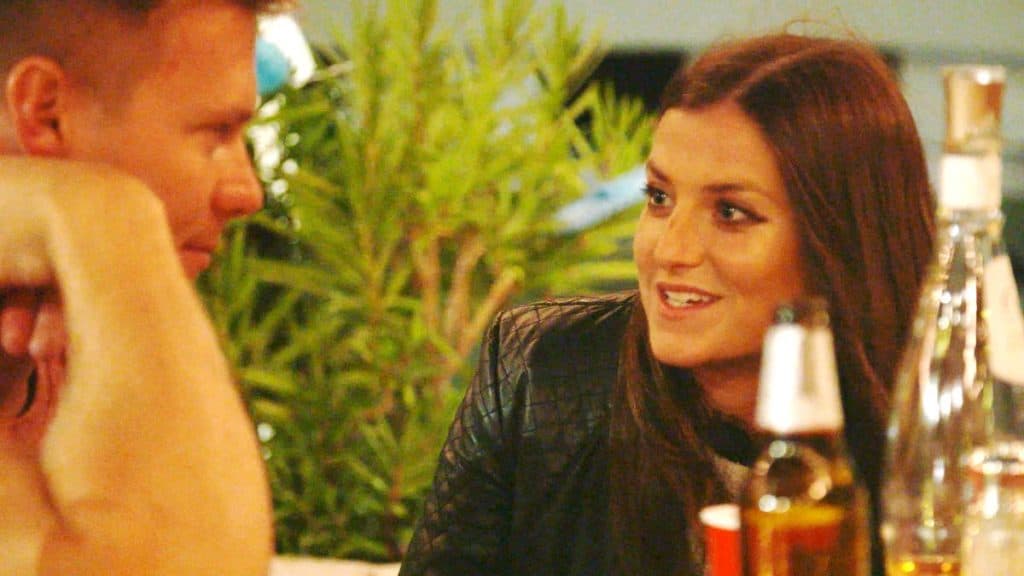 Once the gifts are opened and the cake is cut, Hannah and Conrad begin an ever mature cake fight, that ends naturally in a make-out session. Brooke is done hearing Kasey and Joao flirt, so she weasels her way riiiiight next to Joao the minute Kasey gets up. Homegirl wastes NO time letting Joao know her feelings and pleads, “Joao please just help me here.” And then…Joao goes in to kiss Brooke. Brooke looks just as surprised as everyone else, as she smooches Joao with her eyes open (creepy!). This devastates Kasey, who was about to go onto the boat and pack her belongings for Zimbabwe, and Colin, who legit cannot even say Brooke’s name without blushing. #heatbreakcity.