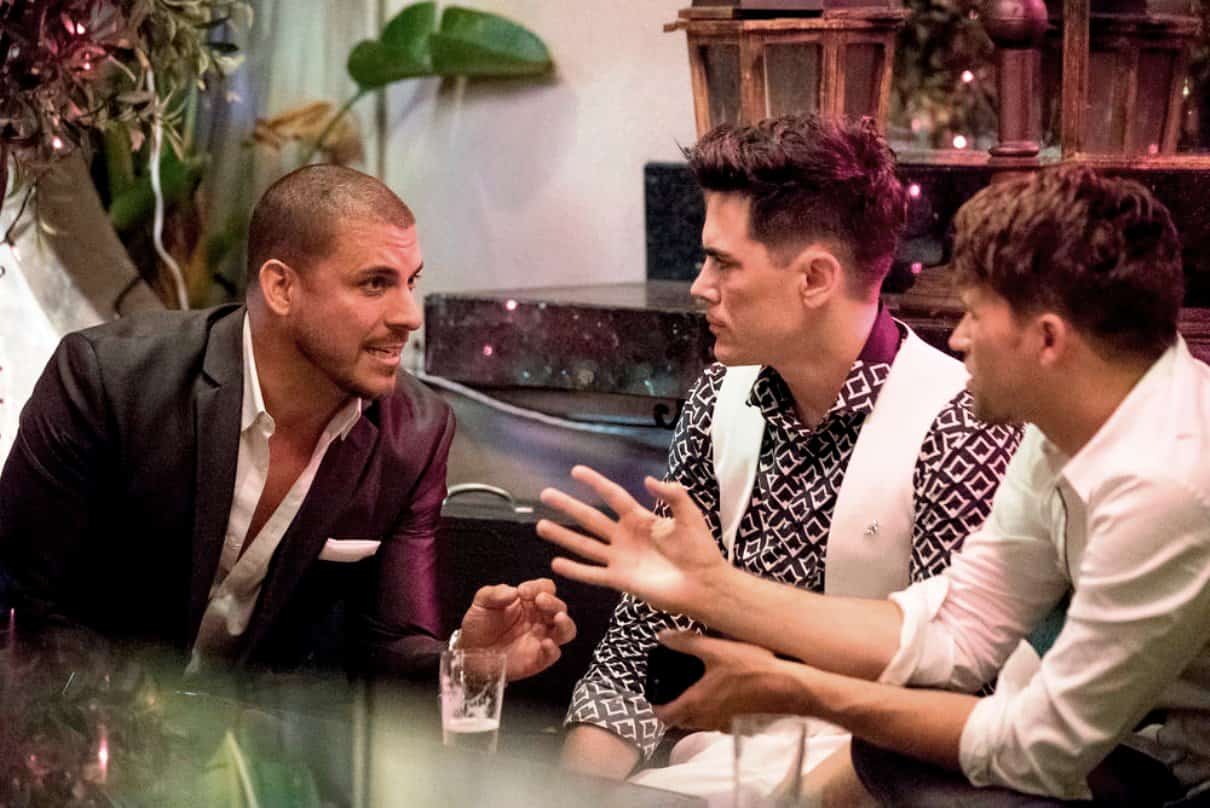 The new season of Vanderpump Rules is currently filming and based on the social media activity of some of the cast members, the opening of the Tom Tom bar will be a big story-line. Especially now that Jax Taylor appears to be hinting that he might be a partner!

Tom Tom is the name of the bar that the two Toms, Tom Sandoval and Tom Schwartz, are opening with their boss Lisa Vanderpump.

If you recall, Lisa offered the Toms a chance to partner with her on the new bar which led to some speculation of Jax being jealous that he didn’t get the opportunity to become a partner as well.

Well, Jax took to his Twitter page this week and appeared to drop a major hint that he might be getting involved with the new bar after all.

On July 9, he shared a photo of himself with the caption: “#ootd meetings at the new #tomtom #pumprules.”

The 39-yr-old bartender also made another curious post this week leading to further speculation of his involvement with Tom Tom.

He tweeted on July 10, “Off to the patent lawyer to get our new business going!! Really excited for this next step! #pumprules.”

Off to the patent lawyer to get our new business going!! Really excited for this next step! #pumprules

Jax’s involvement with Tom Tom would make sense as he famously quit his job at SUR at the end of last season.

Meanwhile, Sandoval shared an important update earlier this month about the opening date of Tom Tom, revealing it will open by the end of July.

Sandoval added,  “As far as everyone else.. in 3 and a half weeks, I will cheers to u in person when #TomTom opens.”

That means Tom Tom will open in about two weeks!

TELL US – DO YOU THINK JAX WILL BE A PARTNER AT TOM TOM?