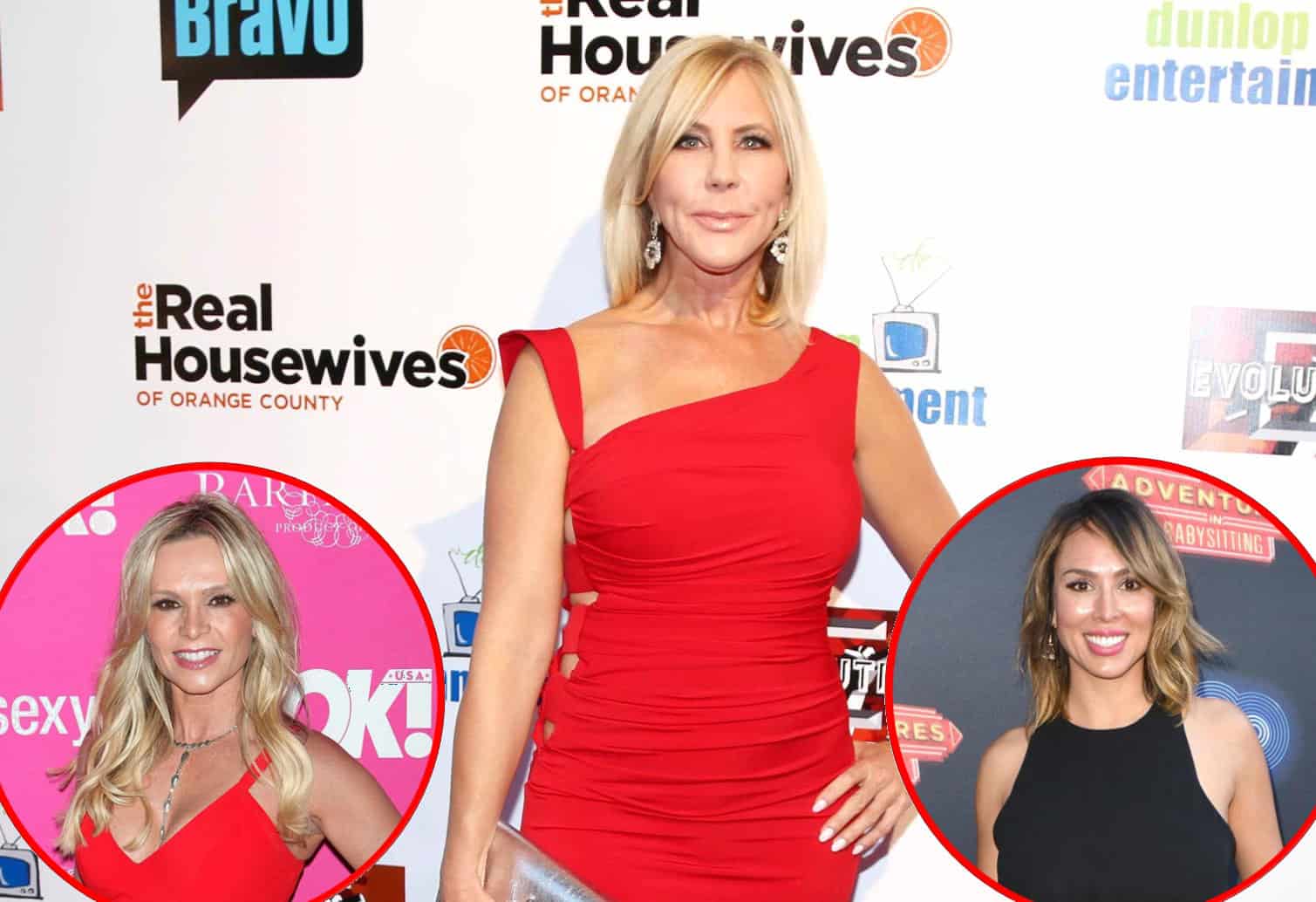 They don’t call The Real Housewives of Orange County’s Vicki Gunvalson the OG for nothing! The woman’s ability to start trouble literally launched an empire. And now she’s back at it for the 13th season.

In a new interview, Vicki is admitting she’s still ‘cautious and guarded’ around her castmate Tamra Judge following their reconciliation. She also discusses her drama with Kelly Dodd while stating she believes Kelly might still be in love with her ex-husband.

Speaking to Too Fab, Vicki is asked what she thinks of Tamra’s comments during an interview last month, when she stated that she’s still “cautious” when it comes to her renewed friendship with Vicki. Well, Vicki takes no offense to Tamra’s comment as she reveals the feeling is mutual.

“I’m very cautious as well,” said Vicki. “Once you’ve been so hurt by each other, there’s only one way to go back into it — to be cautious, to be guarded and really to have learned from our mistakes that we both did. I’ll own mine, and she owned hers, and I think it was easier now being cautious, because if we went all in and just became completely transparent again and not be careful of the words we choose, we would’ve fallen right back into that same pattern.”

When it comes to Kelly, she is getting the Vicki Treatment this season, and you see, it follows the usual pattern. Kelly’s been cool with Vicki for two seasons, always had her back when she was at odds with Shannon Beador and Tamra, plus spoke to her and hung out with her when she was persona non grata with the others. But now, Vicki doesn’t need Kelly anymore…and when your usefulness runs out with Vicki, you’d better keep your head on the swivel. Because she is coming, you just don’t yet know from which direction.

So, it was no surprise when Vicki went on a double date with her boyfriend, Steve Lodge, and a girlfriend of hers, whom she’d set up with… Kelly’s ex-husband, Michael Dodd!  There are just no words for that. She cut her. That’s not even a question. But, as always, when asked what would possess her to do such a thing, Vicki feigned ignorance, and said she couldn’t imagine why Kelly would care, unless she’s still in love with him? UGH!

“I was kinda like, ‘You divorced your husband, and you didn’t want him, so why do you have any emotions?'” Vicki wondered.

“It made me realize that maybe she’s still in love with him,” revealed Vicki. “I didn’t have these emotions when I divorced Donn (Gunvalson). When Donn started dating people I knew, I had zero emotions. I was like, I want the best for him. If he wants to date a friend of mine, go for it. I didn’t feel like ‘Oh because I divorced you, you can’t be with anybody else.’ So it made me really realize that I think Kelly’s got stronger feelings for Michael than she wants to really say”.

Vicki went on to insist she did not break girl code because she had no idea this would hurt Kelly.

“It really wasn’t Kelly’s business who Michael was dating,”  she said. “Kelly got her feelings hurt really bad, and I had no idea that she could be that emotional about it, but I was in a really tough spot. She said I broke girl code, but my girlfriend, Terri, asked me not to tell Kelly, so who do I honor? I’ve known Terri a long time–longer than I’ve known Kelly. I didn’t know it was girl code.”

Vicki added that Kelly and Michael are divorced, and it’s not like she set him up with someone while they were together, or even dated him herself, both of which she admits would be “horrible,” as she insisted the double date was “platonic” and “no big deal.” Absolutely savage!

What’s not to like?  You can keep up with all of Vicki’s antics every Monday night at 9/8c only on Bravo!