Home Featured Posts Did RHOC’s Vicki Gunvalson Get Kelly Dodd In Trouble With Bravo Over Comment About Steve? Plus Andy Cohen Flips Out On Jeff Lewis!

Did RHOC’s Vicki Gunvalson Get Kelly Dodd In Trouble With Bravo Over Comment About Steve? Plus Andy Cohen Flips Out On Jeff Lewis! 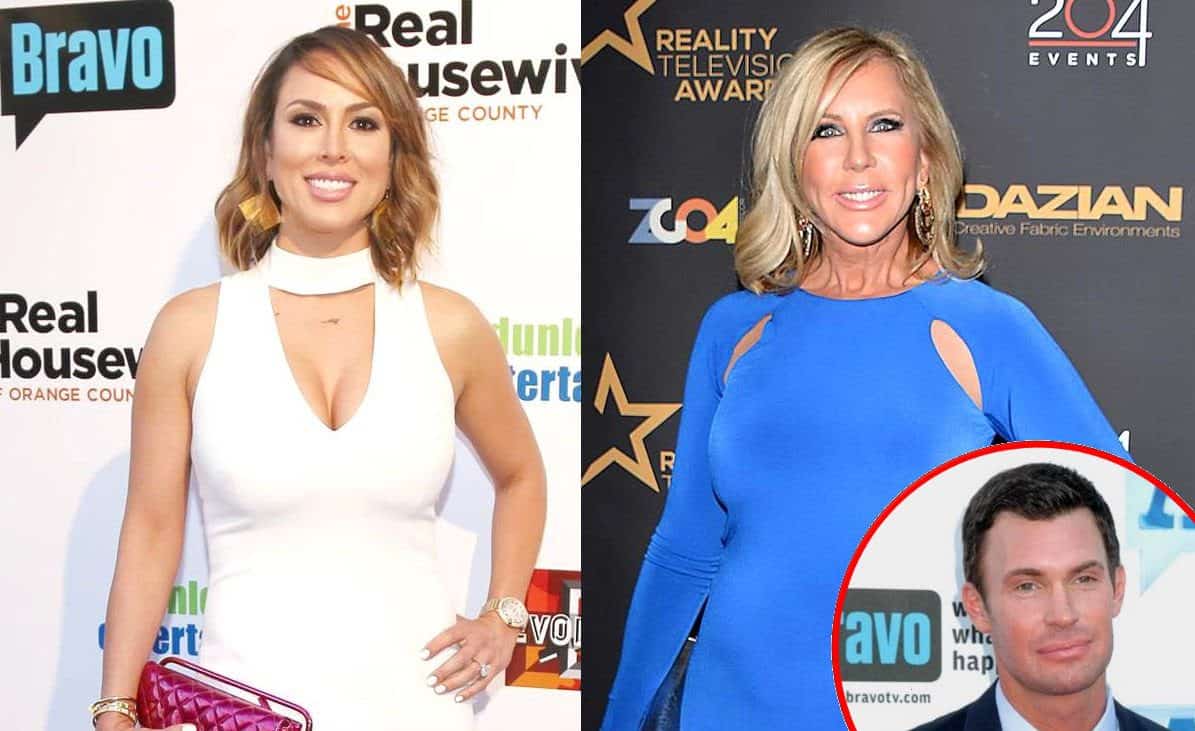 It all began on a recent episode of Jeff’s Sirius XM Radio Andy show, Jeff Lewis Live, during which he spilled some pretty hot behind the scenes tea. Jeff revealed Vicki has once again used her considerable influence with Bravo executives to get her friend and Real Housewives of Orange County co-star Kelly Dodd in hot water!

According to Jeff, the drama started last week after Kelly commented on an Instagram post about Vicki’s relationship with boyfriend, Steve Lodge. Under a photo of the couple, Kelly wrote that Steve will “NEVER marry her a*s.”

Not long after making the comment, Kelly received a call from a ‘Bravo Marshall’ aka a Bravo executive who informed Kelly that her post was “a bad look,” and suggested that she take it down.

Jeff then laid into Vicki, calling her an “internet troll” who often reports her co-stars for making unflattering comments on social media and in interviews about her, which can result in fines and other punishments for her castmates.

“Vicki is like an internet troll. It was public, that’s why Vicki read it and turned [Kelly] in,” stated Jeff, adding that Kelly was the one who suspected Vicki, telling him in a private message, “I bet Vicki squealed on me.”

“Who goes through each other’s Twitter and Instagram?” Jeff continued. “I mean, somebody with a lot of time on her hands. Maybe she should be selling more insurance and focusing on [her] business than going through people’s Instagram and Twitter and then turning you in to Bravo. Which by the way, sometimes you get fined.”

As Jeff was relaying the story about Vicki and Kelly to his listeners, Andy (his boss) decided to call in during the live broadcast to read him the riot act!  As we reported in the past, Jeff has received previous warnings from Bravo warning him against discussing behind the scenes drama on his show!

“This is the Bravo Marshall, and you are such a f**king idiot Jeff!” Andy ranted on air during his live call.  “First of all, you’re not allowed to talk about Vicki on your show. Vicki’s name is banned now from Jeff Lewis Live. Second of all, you’re not allowed to talk about the Bravo Marshalls. And third of all, you may not be getting the three day a week tryout on this channel, because Bravo might just be like ‘Andy, it’s not worth the trouble to have this guy on the air.'”

Andy closed out the phone call by ordering Jeff to call him “as soon as he was off the air.”

Andy wasn’t playing around, but Jeff laughed it off, saying he would ‘enjoy the next three weeks (of having his show) as though they were his last,’ as the Bravo Marshall that was in the room with him at that very moment, simply smiled and shook her head at the trouble he was now in with the boss.

In the meantime, you can follow Vicki and Kelly’s drama on tonight’s episode of the RHOC at 9/8c.