Tamra Judge Accuses Vicki Gunvalson of Planting Negative Stories About Her & Other RHOC Castmates! Reveals Status of Their Relationship Today 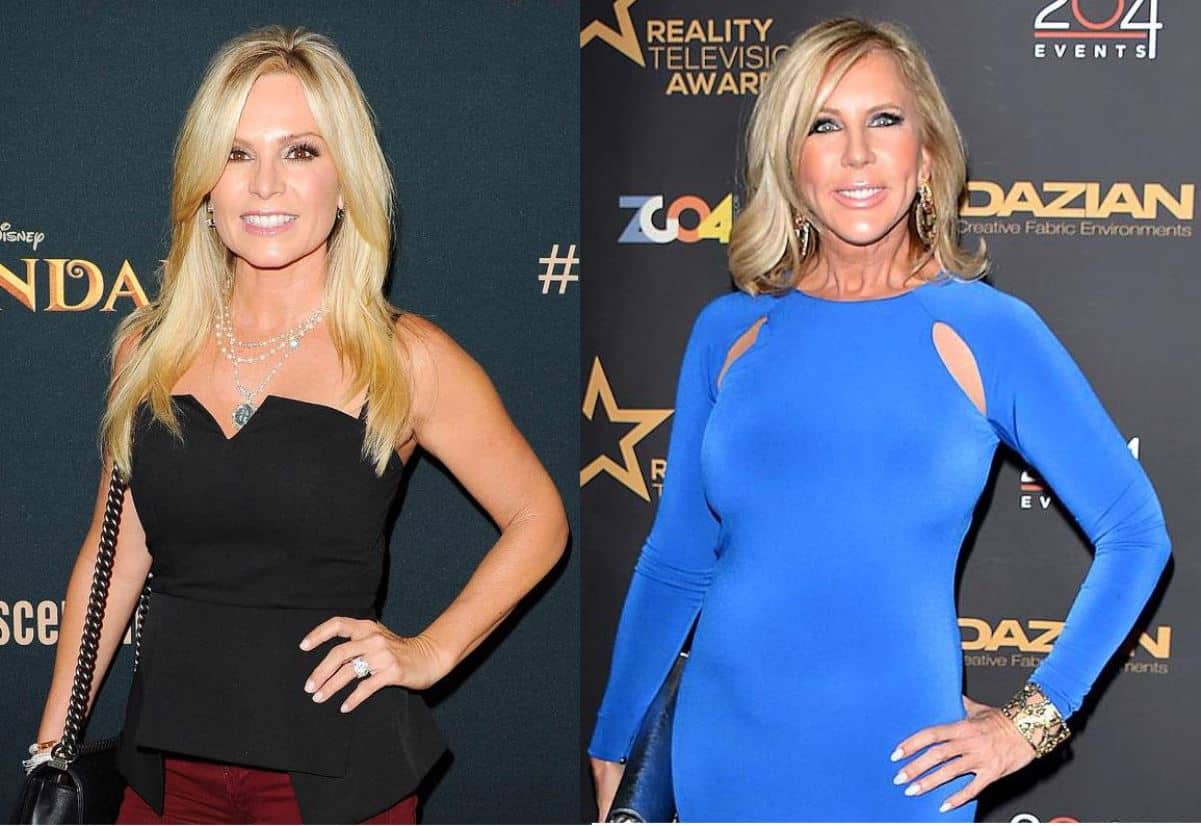 Real Housewives of Orange County star Tamra Judge did a recent interview, during which she opened up about her past drama with castmate Vicki Gunvalson. During the interview, Tamra accused Vicki of having her friends plant negative stories about her RHOC castmates, plus she also revealed where the two stand today following their reconciliation at the RHOC reunion last year.

Tamra appeared on Flipping Out star Jeff Lewis’s Sirius XM radio show, Jeff Lewis Live, on June 1 and not surprisingly, Vicki was a major topic of conversation thanks to her ongoing feud with Jeff.

The feud recently escalated after Vicki claimed Jeff fat-shamed her and then reportedly tried to get Bravo to fire him. Last week, Jeff revealed that Vicki might have had her friend, Cory Larrabee, plant the tweet that originally accused Jeff of fat-shaming her. Well, Tamra seemed to confirm Jeff’s theory by shockingly stating that Vicki has had Cory plant negative stories about her in the past.

“A big part of the issue in the past few years [with Vicki], it wasn’t only that she was repeating a rumor, she was having Cory plant stories,” said Tamra. “Like right after her birthday party, he planted a story with all these bloggers. He actually did a post where he did a petition to get Eddie out of the closet. An actual petition. And this is her good friend.”

Tamra continued, “The thing is it’s really hard to be friends with somebody that’s friends with a guy like this, that’s doing stuff that’s very destructive. He does not make her look good.”

Jeff added, “Let’s just assume she’s innocent, which we all know she’s not. When you surround yourself with people like this, it doesn’t make you look good. And more than likely, if you’re associated with these kind of people, you’re probably in on it.”

Tamra went on to add that Cory is definitely employed by Vicki!

It gets even worse as Tamra alleged that Cory threatened to leave negative reviews for Shannon’s new QVC food products just recently.

“I heard he was writing for a blog or something like that. Shannon did her QVC [show] and he started posting on her Instagram, ‘Just wait till my review of you,’ and he puts laughing faces,” said Tamra. “So, [Shannon] actually texts Vicki from the plane. She’s like listen, this is what Cory’s doing, he better not be doing some bad nasty review of my QVC. This is my business. And all of a sudden guess what? A really nice review came out.”

“I’ve told her that she needs to get rid of those type of people in her life. They don’t help her at all,” added Tamra.

As for Cory, he is denying all claims made by Tamra and Jeff, stating that he has never planted any negative stories nor did he ever fat-shame Shannon. His tweet is below.

When it comes to where she stands with Vicki today, Tamra insists that they are in a better place.

“Well, you know what? We’re better now. Vicki and I are better and things are looking good,” she said. “I feel like right now she’s in a much better place than she was a couple of years ago. She’s got a nice guy that she’s with. She’s happy. I feel like him being such a positive guy is making her better.”

The topic turned to Bravo fines as the network recently fined Kelly Dodd for certain comments she made weeks earlier on Jeff’s show. Tamra admitted she had also been fined by Bravo in the past and Jeff revealed he’s never been fined, despite Vicki’s efforts, because he never signed a contract agreeing to fines.

“I made the mistake of saying she should get fired,” said Jeff.

“I said the same thing and I got fined,” added Tamra. “That’s why I got fined because I said she should be fired.”

Jeff then revealed he’s never gotten fined to Tamra’s surprise as Vicki had told Tamra in the past that Bravo fined Jeff.

“So you didn’t get fined? She told me you got fined and I said I don’t think that’s in his contract,” asked Tamra.

“She has complained to Bravo numerous times about me,” stated Jeff. “I have not gotten fined because I have never signed anything in my contract that says I could get fined. I’m not that stupid because at the end of the day, I would owe $150,00 right now to Bravo and I wouldn’t make any money. So, I would never sign that.”

Tamra was also asked about Vicki’s reported efforts to get Jeff fired by Bravo.

“First of all, none of us can get anybody fired. It just doesn’t work like that,” said Tamra. “I’ve been accused of getting Gretchen fired. I’m like I wish I had that power. I would fire so many people. That’s like a god complex. That I’m going to get you fired or I’m even going to try to get you fired.”

Finally, Jeff also revealed his partner and co-host Gage Edward reached out to Vicki’s son-in-law Ryan Culberson to see if he would be willing to come on their show to talk about their recent feud. Let’s just say Vicki wasn’t happy and sent Jeff a nasty text telling him to back off!

Next week, Jeff interviews RHONY housewife Dorinda Medley on his show. It airs 11am eastern time every Friday on Radio Andy XM.

TELL US – DO YOU BELIEVE VICKI HAD HER FRIEND PLANT NEGATIVE STORIES ABOUT HER CASTMATES?