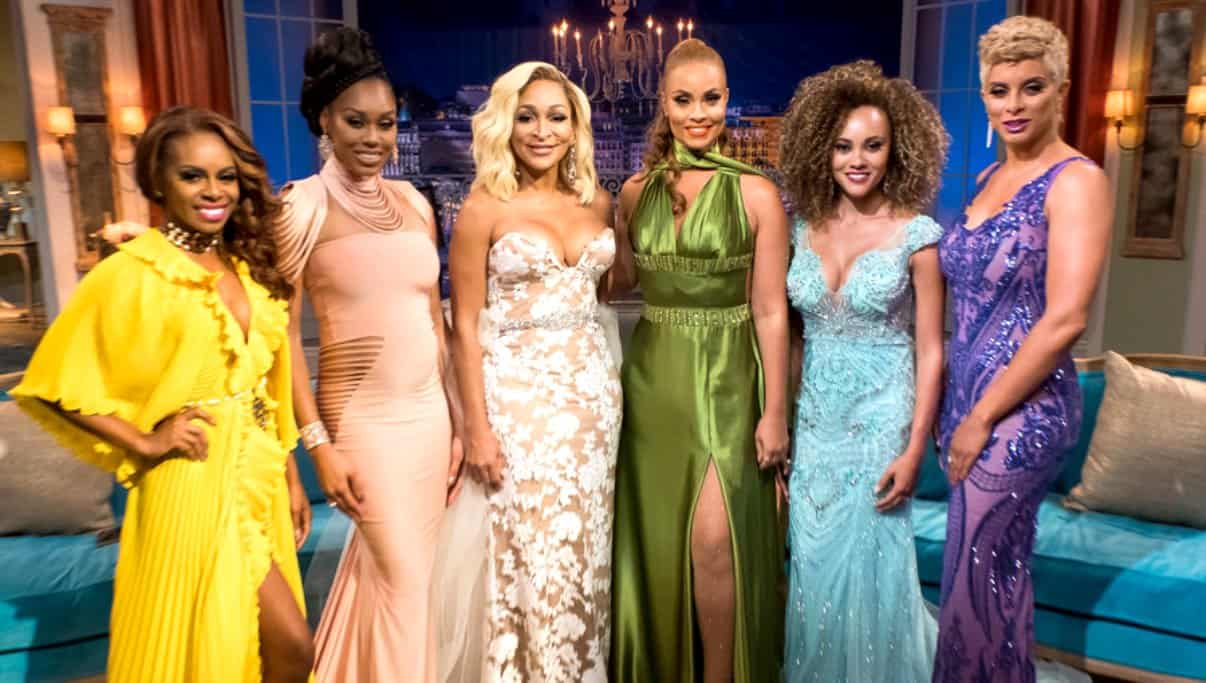 I’ve got good news and bad news.  I’ll start with the bad…Season 3 of The Real Housewives of Potomac is coming to an end this Sunday.  But the good news is that the end of this epic season season will bring an even more epic two part reunion, and we’ve got a sneak peek!

Ashley, Candiace, Charrisse, Gizelle, Karen, Monique, and Robyn will hit the couches, along with host (and referee), Andy Cohen, to rehash all of the scrumptious drama that took place this season, from the threats of umbrella choking to that crazy trip to Cannes, and every moment in between. And, as always, they’ll be bringing plenty of shade and spilling plenty of tea!

The most dramatic moment in the reunion trailer comes when Karen walks off the stage, and has a full on breakdown backstage as she cries, stating she’s “tired of being strong.”

In the first part of the reunion, which airs on Sunday, August 12th, Robyn and Monique will settle the beef that’s been brewing between them all season, while Candiace sheds more light on her relationship with fiance, Chris.

We’ll also get an answer to the questions that have been on everyone’s mind all season: where is Karen living? And what’s up with her and her husband, Ray? The answers to these questions will leave the cast and the viewers shocked.

In the conclusion of the reunion, which airs the following week, the husbands will make an appearance, and it seems Ashley’s other half will be in the hot seat.  For starters, Ashley will reveal big news about their marriage that will leave the other women in tears! If that weren’t bad enough, Michael will also have to go up against Karen, who will put his business and personal issues on blast!

But Michael and Ashley’s relationship isn’t the only one with question marks. Ray will finally address the rumors about Karen’s infidelity, and we’ll also get the dirt on the new man in Gizelle’s life.

The reunion is sure to be a great time–at least for us viewers. But before it begins, be sure to tune in this Sunday to see how drama filled season finale that will include yet another showdown between Ashley and The Grande Dame Karen — a battle Royale that is sure to go off the rails when their husbands decide to put in their two cents!

Stay tuned, viewers…the best is yet to come!