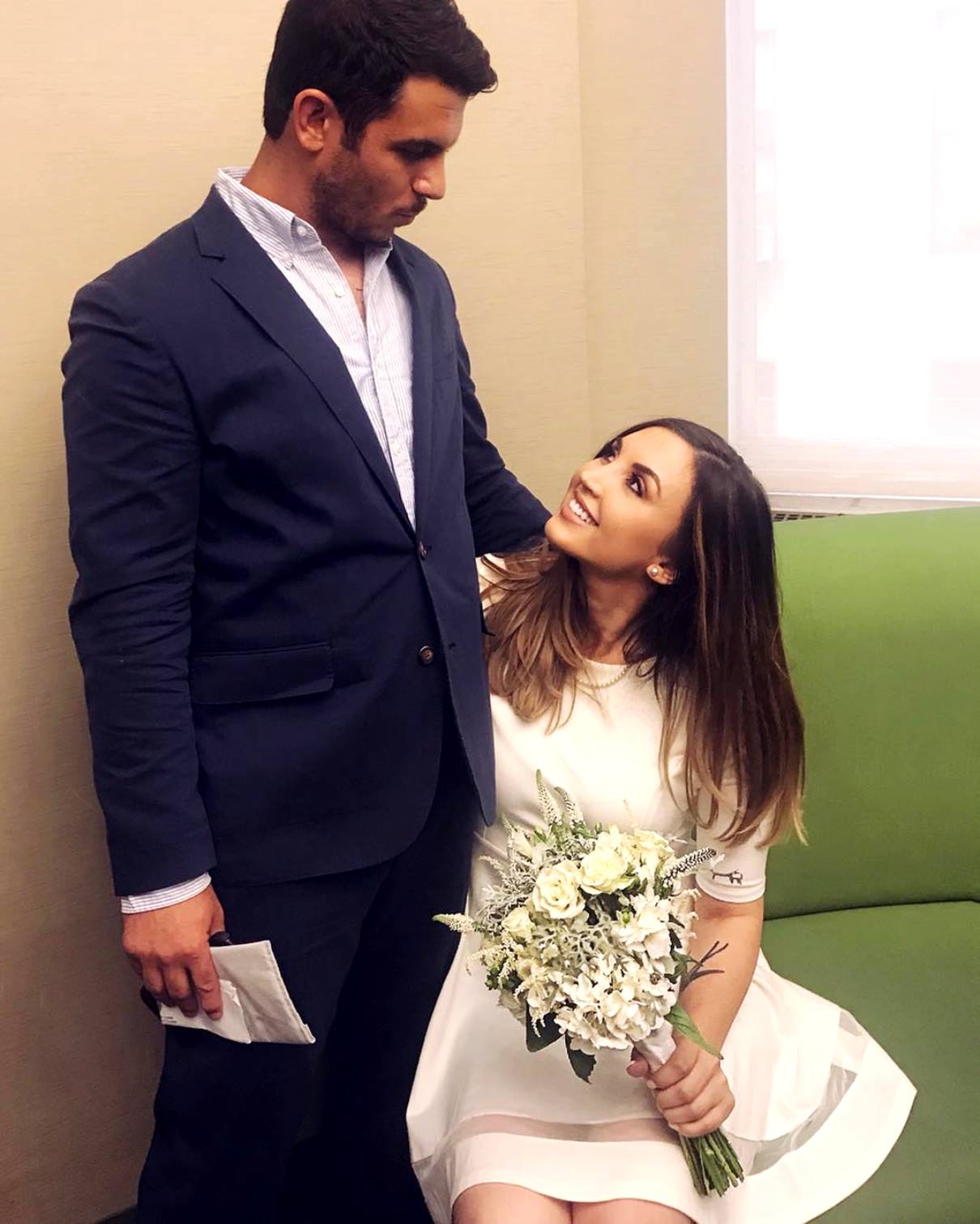 Years after leaving her role on The Real Housewives of New Jersey, the makeup artist took to her Instagram page to confirm she and Pete had wed with a photo and confirmed their wedding had taken place at the City Clerk Marriage Bureau in the Big Apple.

“It’s official… Mr. & Mrs.,” Ashlee, 27, wrote in the caption of her wedding photo, also including a champagne emoji and a pair of champagne glasses.

Moments after Ashlee shared her photo, her mother, Jacqueline Laurita, congratulated her and Pete on their nuptials.

“I couldn’t be more thrilled for them. May they have a beautiful life together! A.M./P.M. Congratulations! Love you both! #Family 8-8-2018,” she wrote in the caption of Ashlee’s photo.

“Wishing my niece [Ashlee] and nephew [Pete] a lifetime of love, health, and happiness as they start their journey as newly married husband and wife!” she said. “Congratulations! Love you both! Xoxo.”

Ashlee’s husband, Pete, shared the wedding image as well, writing, “As Borat would say, ‘My Wife.'”

Ashlee and Pete became engaged in February 2016 and welcomed their first child, son Camden, in August of that year.

“Chris and I are thrilled to announce the engagement of our daughter Ashlee Holmes to her longtime best friend and boyfriend Peter Malleo!” Jacqueline told The Daily Dish at the time of Ashlee and Pete’s engagement. “We are so excited to have Pete as a son-in-law and become part of our family. We love him! We are all very happy and excited for the future!”