Southern Charm’s Thomas Ravenel Issues Statement to Clarify His Claims That Ashley Jacobs Cheated, Did Ashley Threaten Him? Plus PHOTOS of Kathryn Enjoying a Girls Vacation With Naomie! 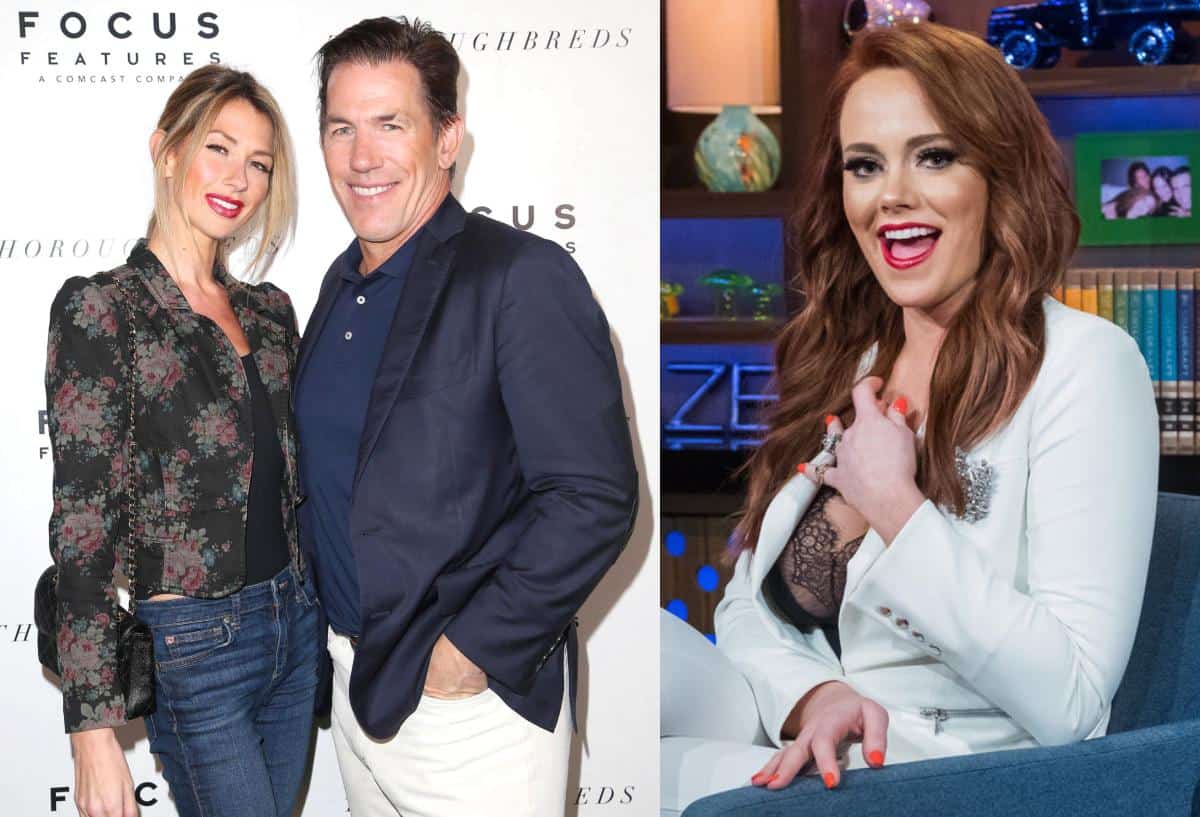 Ashley Jacobs may not have cheated on Thomas Ravenel after all.

After sharing a bevy of tweets earlier this week, the Southern Charm star and former politician had fans convinced Ashley had cheated but now, he appears to be changing his story completely.

Moments ago, Thomas, 56, took to his Twitter page to clarify his earlier suggestion that Ashley had been unfaithful to him.

“I have no information that Ashley Jacobs ever cheated on me,” Thomas wrote to his fans and followers on August 29. “In fact as far as I know she has always been true and faithful especially during the really dark times.”

Thomas went on to admit he should have never shared his suspicious Twitter posts to begin with.

“She didn’t deserve my insinuations,” he explained. 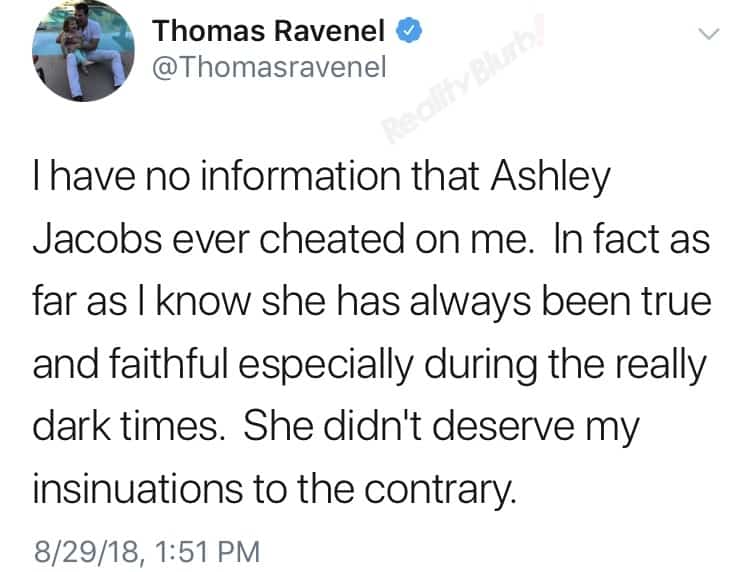 On Twitter this past Sunday, Thomas shared a couple of posts regarding his split from Ashley.

“Today, my personal life just took a huge upward turn. I finally have more than enough information to move forward without any doubt or hesitation and I’ll never look back,” he wrote in his first message.

Meanwhile, Radar Online is reporting that Ashley may have issued a legal threat to Thomas to get him to publicly backtrack on his earlier claims.

“Ashley was so upset that Thomas accused her of cheating, even if it wasn’t by name, everyone knows it was about her,” a source revealed. “She called his attorney super upset about what he wrote, and Thomas quickly put up the new statement.”

Thomas’ latest posts come just one day after Ashley shared a statement with Us Weekly in which she admitted that while she never cheated, she could have been a bit more honest when it came to her communication with an unnamed man behind Thomas’ back.

“I should have been more upfront that this guy texts me more than I led him on to believe, but it was all harmless and I told this other guy,” she said. “I said, ‘Thomas and I, we’re in a very complicated relationship.’”

In other Southern Charm news, Thomas’ ex-girlfriend, Kathryn Dennis, is currently enjoying a vacation with their co-star, Naomie Olindo, in The Bahamas. Over the past few days, Kathryn and Naomie have been treating their online audiences to plenty of photos of each other and their friends, some of which featured the ladies enjoying a day out on a boat.

At one point during their trip, Naomie shared an Instagram video in which Kathryn was seen applying tons of sunscreen on her face while wearing a long-sleeved SPF shirt. 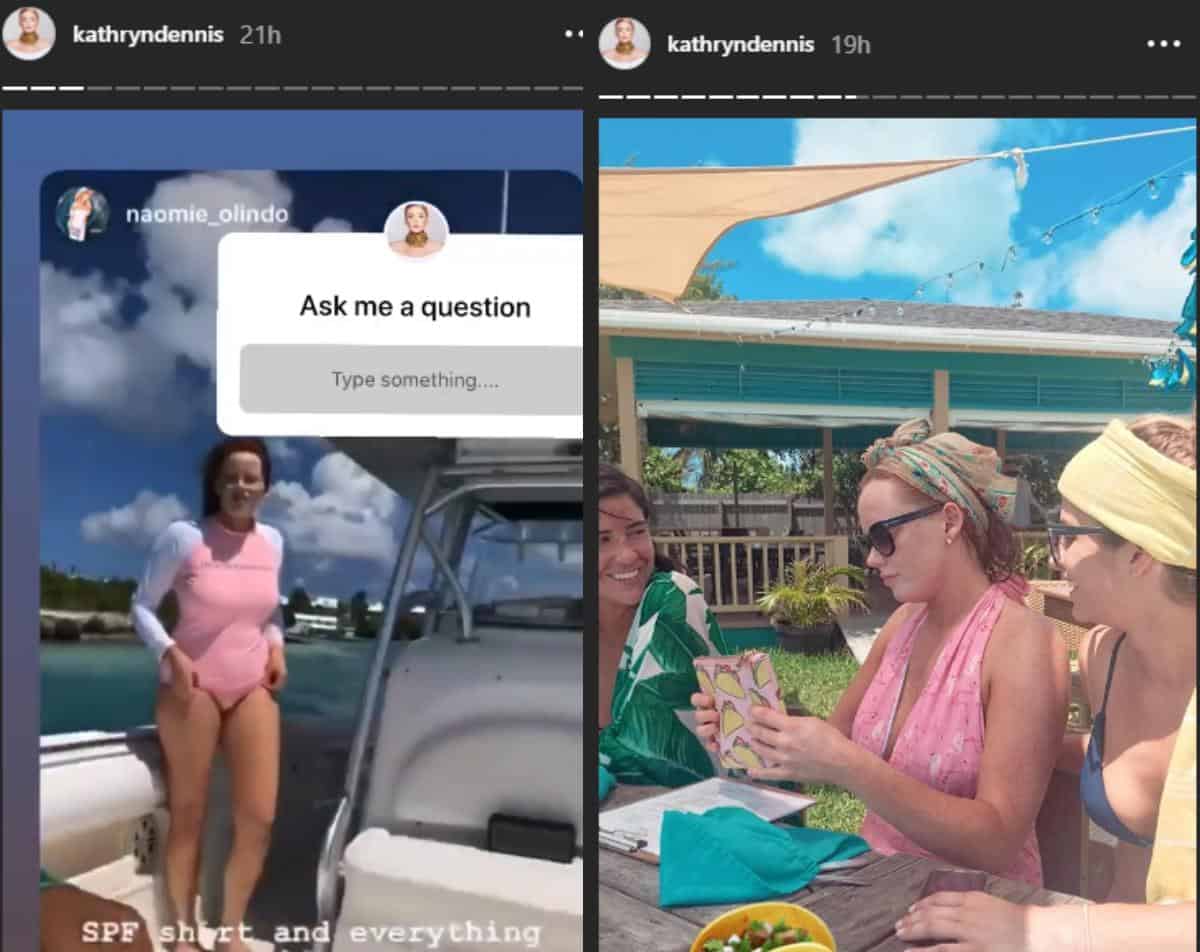 In another Instagram post, Kathryn was seen looking quite regal as she took in the rays of the hot sun while wearing a blue cover-up and sparkly sunglasses. 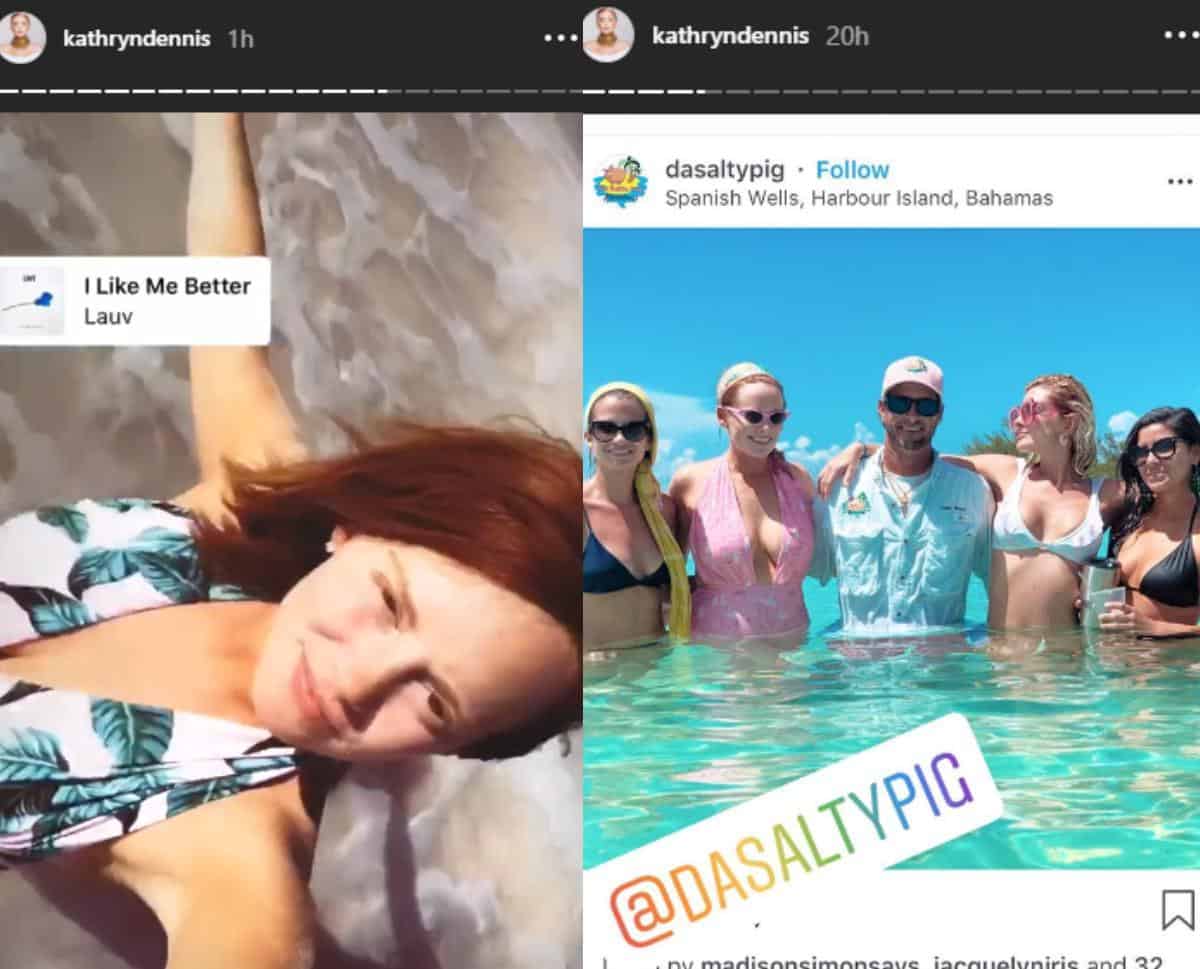 Southern Charm is expected to return to Bravo for season six in 2019.