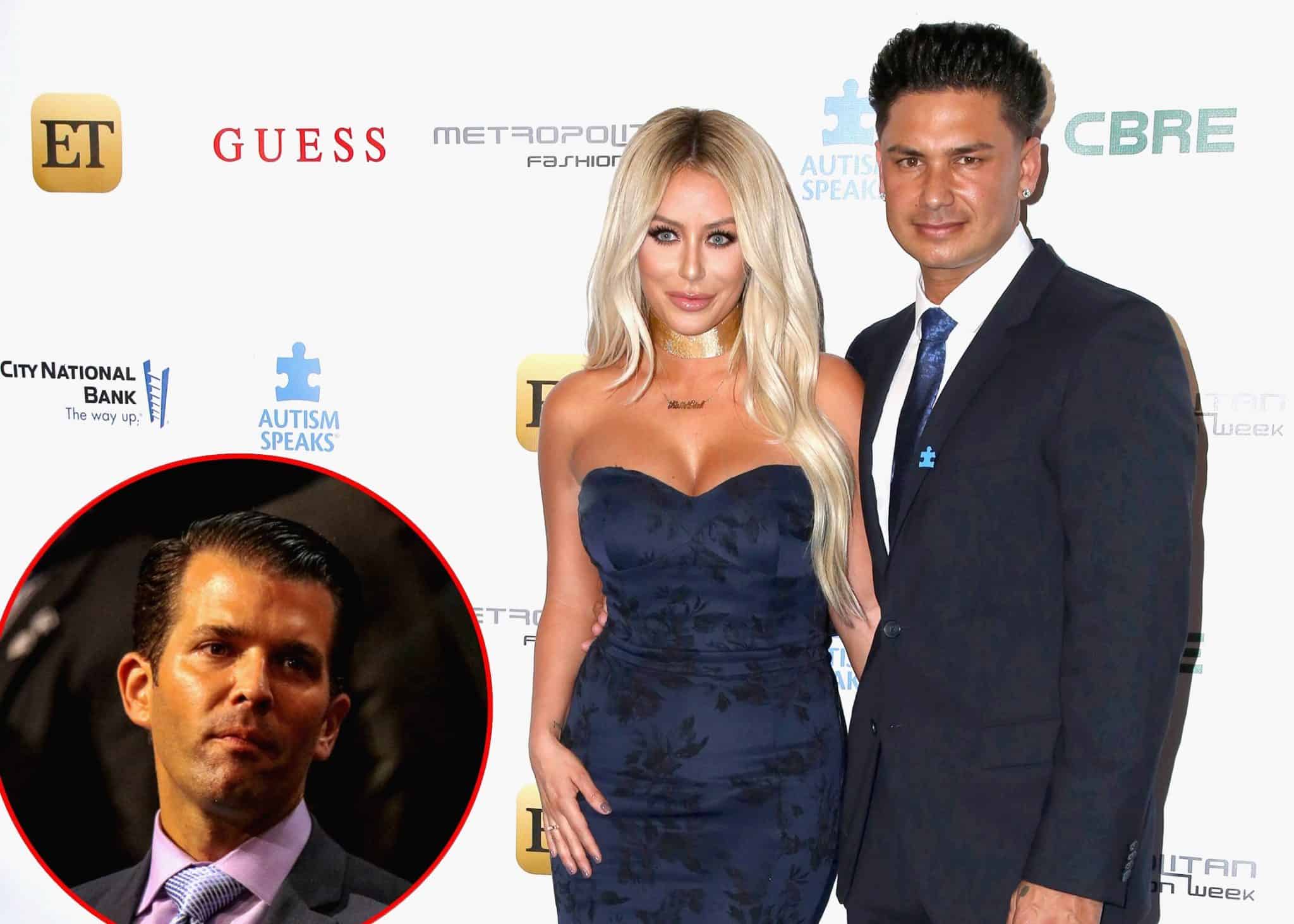 Was DJ Paul D‘s split from Aubrey O’Day caused by her affair with Donald Trump, Jr.?

During a new interview, the Jersey Shore star spoke about his time with Aubrey on Marriage Boot Camp: Reality Stars and revealed he had no knowledge of the alleged romance between his singer ex and the son of the President of the United States.

“We didn’t address that at all. Yeah, I didn’t know anything about that,” the MTV star told Us Weekly while attending WEtv’s premiere party for Marriage Boot Camp‘s upcoming season on August 28. “I guess [the news broke] after or something like that.”

Although the romance between Pauly and Aubrey came to an end in July of last year, he insisted to the magazine that Aubrey’s rumored affair with Donald Jr. had nothing to do with their decision to part ways.

“The show filmed a year ago,” he explained.

In March, Us Weekly revealed Donald Jr. had reportedly cheated on his soon-to-be ex-wife Vanessa with Aubrey after meeting the Danity Kane singer on the set of the fifth season of The Celebrity Apprentice. According to the report, Donald Jr. called it quits with Aubrey in March 2012 after their alleged months-long fling. Around the same time, Vanessa was believed to have found emails sent between Donald Jr. and Aubrey.

“When it started, they were very serious all of a sudden,” a source told Us Weekly earlier this year. “He told her it was over with his wife, that they were separated and he didn’t love her — all of that stuff … Aubrey fell for him hard. She thought they were going to be together for real.”

Donald and Vanessa share five kids, including Kai, 11, Donald III, 9, Tristan, 6, Spencer, 5, and Chloe, 4 and reconciled their marriage after his alleged affair. Then, in March, after news of the supposed romance was shared publicly, Vanessa filed for divorce.

As for why he and Aubrey called it quits, Pauly encouraged fans to tune into the upcoming season of Marriage Boot Camp: Reality Stars.

“You know, some people just aren’t right for each other and we learned that,” he explained. “It’s probably kind of cool because you guys can watch it and see why. That’s why you have to tune in and find out exactly what went wrong, and then you get to live it with me.”

Aubrey and Pauly began dating in February 2016 after meeting on the set of Famously Single.