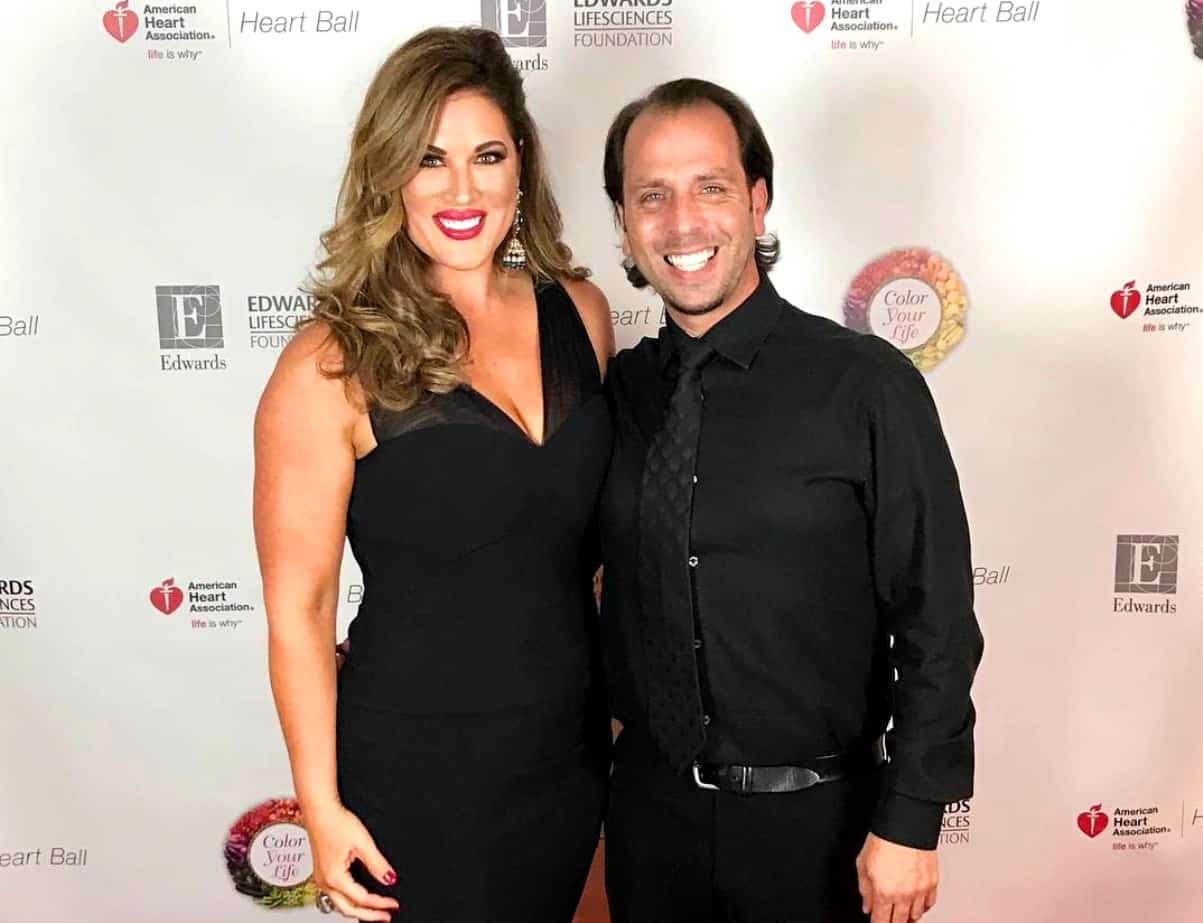 UPDATE: Emily responded to our article, stating that these accusations were not made during Shane’s divorce in 2008, but rather during a custody battle in 2013, after Shane attempted to get more custody of his kids.

She wrote on Instagram, “Let’s set the record straight: those allegations were NEVER made during their original divorce. They were made by his ex in 2013 when he filed a custody modification requesting more custody. He received MORE custody. He has 50/50 custody.”

The original story is below –

The Real Housewives of Orange County star Emily Simpson’s husband, Shane Simpson, has been a hot topic on this season on the show, thanks to Shane’s decision to kick Emily’s co-star Gina Kirschenheiter out of the couple’s home following a poker party.

And now, a report is revealing the stunning abuse accusations leveled against Shane by his ex-wife during their ugly divorce.

Shane, an attorney, split from his ex-wife Miriam in 2008, and during the former couple’s divorce proceedings, Miriam alleged that Shane ‘sexually, physically and emotionally abused her’ during their marriage.

It doesn’t end there as Miriam also accused Shane of drug use, alleging he was “addicted to prescription medications.” She added that all of the “stress” from her bad marriage caused her poor health, stating that she was at one point “near death.”

“He used and took prescription medications of others to quell his habit,” Miriam alleged in the court papers. “He made me feel trapped and hopeless as a result of excessive control and lack of liberties placed upon me…Because of all the aforementioned abuse, stress, and circumstances, I became physically ill after months of diagnostic tests, blood transfusions, and other medical procedures, not only was I diagnosed with blood disorders caused by stress, my body was what seems to be near death and I had no choice but to leave.”

There is however no mention in the court documents that cops were ever called during any of the alleged abuse.

As for Shane, he denied all of the accusations leveled against him and accused his ex of uprooting their two daughters out of state to Utah without allowing him any visitation.

“In November 2007, Mother went to Utah with our children for the Thanksgiving weekend and never returned to California,” said Shane in his court declaration. “For approximately one month after she moved to Utah, I did not know where our children were and was not allowed to visit with them.”

Ultimately, a divorce judgement was filed on August 14, 2008, with Shane being ordered to pay his ex-wife $3,000 per month for child support.

A source close to the situation does however tell Radar that Shane and his ex-wife have put all the bad blood behind them and now get along well these days, even sharing 50/50 custody of their daughters.

“This was years ago, and this is all behind them,” the source revealed. “They all get along great now.”

Shane’s behavior has been a point of controversy on the RHOC, with some of the housewives wondering if he overreacted by kicking Gina out of his home. And on the upcoming episode of the show, Shane and Emily will be seen getting into a fight with Kelly Dodd, who recently dissed him during an interview.