Home Flipping Out Jeff Lewis Opens Up About Nasty Feud With Jenni Pulos, Says She Reported Him for Abuse and Might Be Suing Him, Reveals Flipping Out Will Likely Get Cancelled

Jeff Lewis Opens Up About Nasty Feud With Jenni Pulos, Says She Reported Him for Abuse and Might Be Suing Him, Reveals Flipping Out Will Likely Get Cancelled 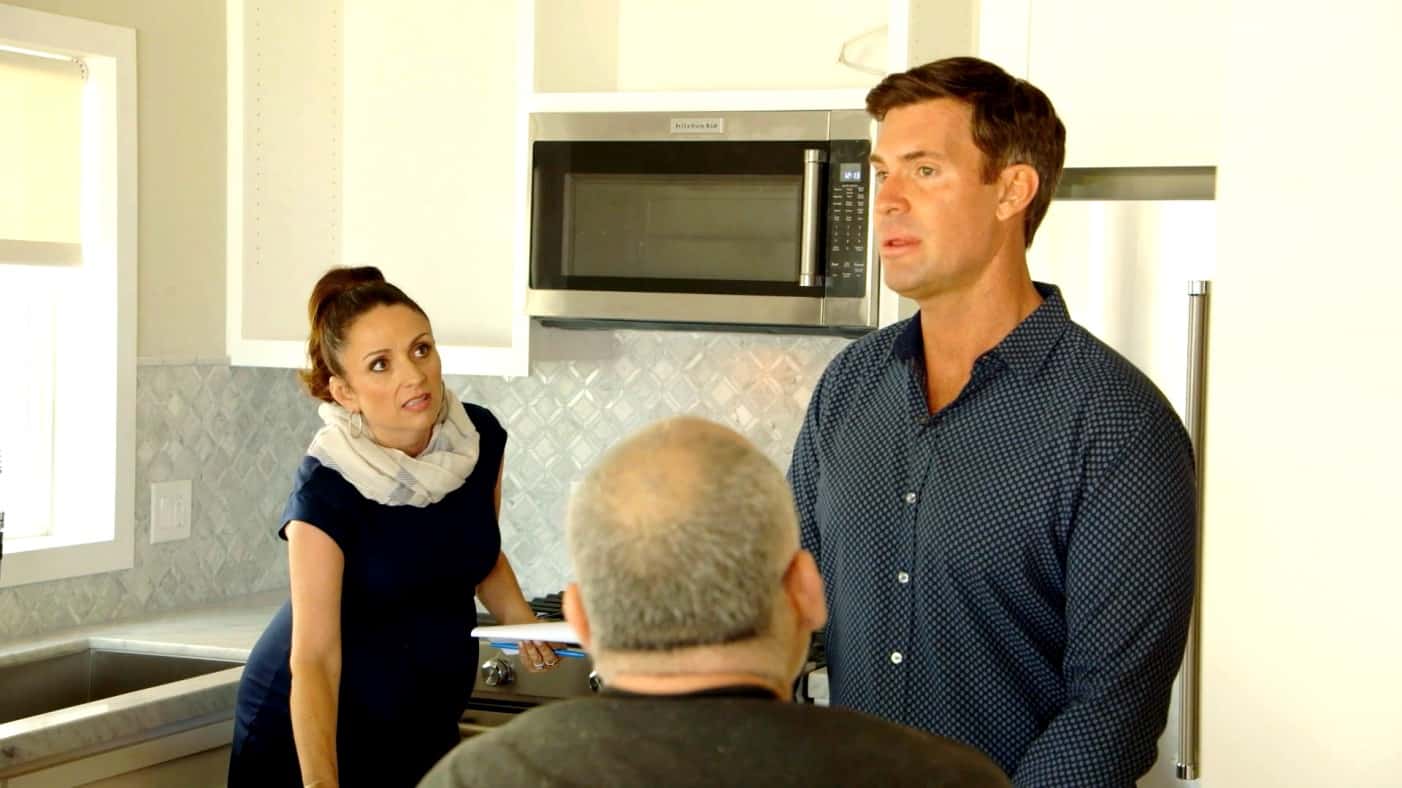 Flipping Out star Jeff Lewis is opening up about his very nasty feud with his former friend and co-worker Jenni Pulos, and it appears it was way uglier than what was originally reported yesterday.

During his Jeff Lewis Live SiriusXM radio show today, Jeff dropped a number of bombshells, first revealing that Jenni reported him to Bravo for abuse, which led to him being investigated. He then implied that she is likely planning to sue him and opened up about what led to their falling out. Additionally, Jeff shared that there is now a good chance that his show, Flipping Out, will get cancelled.

Jeff, 48, first shared that viewers will get to see all of the drama with Jenni play out on his show this season as he then went on to share what led up to their big fight.

“This season, it’s a crazy season, and I’m going to say that there was a lot of employee turnover. It was a very stressful time. I had a lot of pressure and I wasn’t always my best self,” admitted Jeff. “Around the end of the season, which is around episode 9 or 10, Jenni and I did have a fight which then resulted in a rift. ”

He continued, “Now, we’ve been very good friends, and pretty much brother and sister I would say for like 15 or 16 years. So look, we’ve been through a lot together and we had fights before, and this fight was very much like maybe a little more heated…I had offered some unsolicited career advice [and] that’s where it escalated.”

According to Jeff, his feelings got hurt after Jenni admitted to him that she was sacrificing a lot to work for him.

“She said that she had given up her acting career to work for me, and that really hurt my feelings because I felt like I have done nothing but accommodate her, for her auditions and meetings and all of that,” shared Jeff. “We elected at the end of all this to have her move on from Jeff Lewis Design. And all of this was actually very civil, I thought.”

Jeff said he was under the assumption that all was well with Jenni following the fight because they had lunch afterwards during which he basically told her that it was probably best for her to take a step back in her role on the show, but that he still wanted her to stay on in a ‘friend’ capacity. Jeff said he believed they were both on the same page and were even talking about a possible spinoff. However, not long after, he got a call from their production company, Authentic Entertainment, saying Jenni had reported him for “abuse and victimization.”

“Our friendship was very well intact. I was looking forward to [having her] by my side if there was a spinoff, which we talked about with Bravo, which has since been taken off the table,” said Jeff. “I got a call from the production company. It was an impromptu conference call with the owner of the production company with my showrunner, the person that runs the show. I was told that I was allegedly reported for abuse and victimization.”

And then this week, things took a turn for the worse according to Jeff, after Jenni reported him for ‘wrongful termination.’ He also stated that he believes Jenni is planning to sue him.

“On Monday, she doubled down and allegedly I was reported for wrongfully terminating her off her own show,” he stated. “Then there were also allegations of a hostile work environment so somebody’s talking to an attorney which scares me. And that’s why I’m trying to get in front of this right now. And I want people to know what happened.”

Jeff added that Jenni’s allegations led to an “extremely time-consuming” investigation which has since cleared him of any wrongdoing.

“It put my entire career in jeopardy. My family, my livelihood, my everything,” he shared. “But I have been cleared of [everything]. I would never do that to her.”

Jeff also believes that Jenni has turned on Bravo, and is no longer listening to the network.

“The other thing you don’t know is that I do believe that Bravo has lost control of Jenni. She’s gone rogue,” Jeff claimed. “She is not doing any press this season for Flipping Out.”

When it comes to the future of Flipping Out, following this season, Jeff believes he pretty much put the nail in the coffin by publicly talking about the behind the scenes drama with Jenni. He’s all but certain his show will now get cancelled.

“I do realize I just lost my job. I just lost my f**king job. I’m pretty sure of that at this point. But that is something that I had to risk because I need to get in front of this story,” he explained.

Jeff then dropped another bombshell when he admitted that Jenni had actually stopped working for him (for his design company – Jeff Lewis Design) for the past few years, and was now employed by Bravo. Basically, she would only work for him on camera during the few months they filmed each year, and he said he had a problem with this arrangement.

“I respect my viewers and listeners and I do have something to apologize for because I have always claimed that Flipping Out is a true authentic unproduced show [and] it is, however Jenni has not worked for me for several several seasons. [She has been] employed by Bravo. And I apologize because it is the one thing that is not authentic about the show,” Jeff admitted. “These are my employees, these are my clients. These are my houses, this is my life, but she is employed by Bravo.”

He continued, “She shows up the day of filming. She leaves the day that we are done filming. She doesn’t work for me 7 months out of the year. I think it’s important to address that because in the PEOPLE article, there are claims that I have reduced her responsibilities after her pregnancy leave. She is not employed by me. I don’t pay her. She’s not on my payroll. I need to make that clear. That was something that has always been a problem with me because I do try to live my life in an honest way and it was the most inauthentic thing about the show. It was a problem for m”

Jeff got even more candid as he admitted that one of the reasons he went along with the arrangement of having Jenni work for him only during filming is because he feared his show would tank without her.

“I was afraid that if she left my office and left the show, that people wouldn’t watch,” he revealed. “It’s a successful show, and we rely on Jenni.”

After admitting he hasn’t spoken to Jenni “in three months,” Jeff then bid some sort of farewell to his show towards the end of his broadcast.

“I love Bravo. I love the executives at Bravo. I’ve had a great experience. They’ve given me great opportunities, an incredible platform. I couldn’t say any more positive things about it. I had fun memories,” he said.

He also revealed he got a text message from Andy Cohen during the live broadcast that simply read: “We need to talk.” Andy is Jeff’s boss as his radio show is hosted on Andy’s SiriusXM channel — Radio Andy.

Jenni has yet to respond to Jeff’s claims or tell her side of the story.

TELL US – THOUGHTS ON JEFF’S CLAIMS? DO YOU BELIEVE HIS SIDE?