RHOD’s D’Andra Simmons Discusses Her Finances & Says LeeAnne Is Jealous of Her Friendship With Brandi! Plus She’s Still Not Convinced Rich Wants to Marry LeeAnne 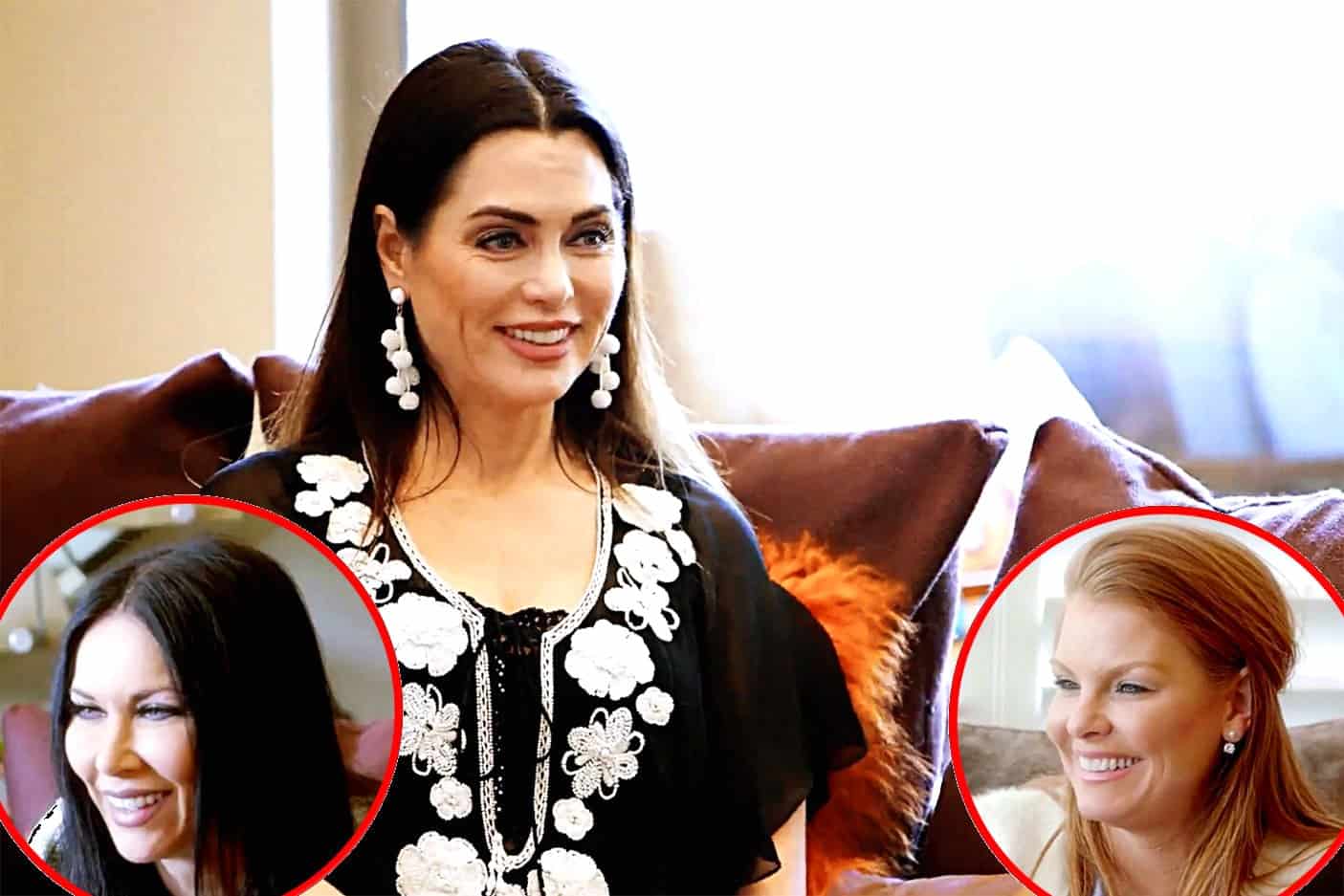 This season of the Real Housewives of Dallas has been surprising to say the least when it comes to the shifting friendships and alliances.

For starters, viewers are watching D’Andra Simmons’ friendship with LeeAnne Locken take a tumble, while at the same time, D’Andra is forming a tighter bond with Brandi Redmond.

In her newest Bravo blog, D’Andra discusses her strained friendship with LeeAnne, accusing her of being jealous of her relationship with Brandi, while she also reveals that she still doesn’t believe LeeAnne’s fiance Rich Emberlin wants to get married. Additionally, she opens up about her finances.

First, D’Andra explains she’s pretty much having to start over at the age of 49 due to her strained relationship with her mother, Dee Simmons, who happens to be a majority owner (owns 75%) of their company — Ultimate Living.

“When I think about my future, it’s exciting and scary at the same time,” revealed D’Andra. “To be completely transparent, starting my company over from the ground up is frustrating. I invested over $400,000 of my OWN money right off the bat. This wasn’t my mother’s money; this wasn’t an outside investor’s money, it was money I earned myself. While it’s difficult for me to learn to be more frugal while I save for my company, it feels really good to say that I am pulling myself up by my bootstraps.”

When it comes to her ‘friend’ LeeAnne’s relationship, D’Andra is still not convinced that her fiance Rich truly wants to tie the knot.

“When she said she and Rich had a good talk about the wedding, I assumed she was about to tell me a date,” shared D’Andra. “When she didn’t, it worried me that he was telling her what she wanted to hear so that he could further delay the conversation and the wedding. It was sweet that he asked her to marry him again, and after watching that moment, I had no doubt that he really loves her. However, I am still not convinced that he wants to get married.”

She added, “I hope from the bottom of my heart, I am wrong. I have always wanted the best for LeeAnne and I want complete and total happiness for she and Rich.”

The topic then turned to LeeAnne’s repeated warnings about her getting to close to Brandi. Well, D’Andra suspects there’s a little bit of jealousy at play here.

“As far as LeeAnne’s concern for my friendship with Brandi, I know she was being protective, but I thought the way the message was delivered was a bit strange. It was as if I was a middle-schooler and she and Kameron Westcott were my parents warning me of the dangers of hanging around kids who smoke pot!” she explained.  “I am a grown adult and Brandi is harmless. She is one of the most fun and genuine women I have ever befriended, and I don’t regret our time together one bit. So far, Brandi has shown me nothing but kindness since we got past our former issues, and I appreciate her giving me a second chance without judging me or giving me parameters and rules for our friendship. That is the mark of a true friend.”

D’Andra continued, “LeeAnne may be just a tad bit jealous since I have actually made new friendships this time around with the rest of the group and I am making my own decisions as I should have done in the beginning last year. You live and you learn.”

Finally, she also explained why she went back and told Brandi that LeeAnne had warned her against getting too close.

“The reason I told Brandi about LeeAnne’s concerns for our friendship is mainly because I don’t believe in saying something behind people’s backs that I wouldn’t say to their face,” shared D’Andra. “I am the truth-teller and the straight shooter of this group, and everyone knows that. I was just being honest. I also wanted Brandi to know that I was interested in moving forward with our friendship with a foundation built on trust, instead of gossip.”