Home 90 Day Fiance PHOTOS: Before the 90 Days’ Paul Shares Photos of Karine With Another Man, Claims That’s Why He Wants a DNA Test Plus He Reveals Baby’s Gender

PHOTOS: Before the 90 Days’ Paul Shares Photos of Karine With Another Man, Claims That’s Why He Wants a DNA Test Plus He Reveals Baby’s Gender 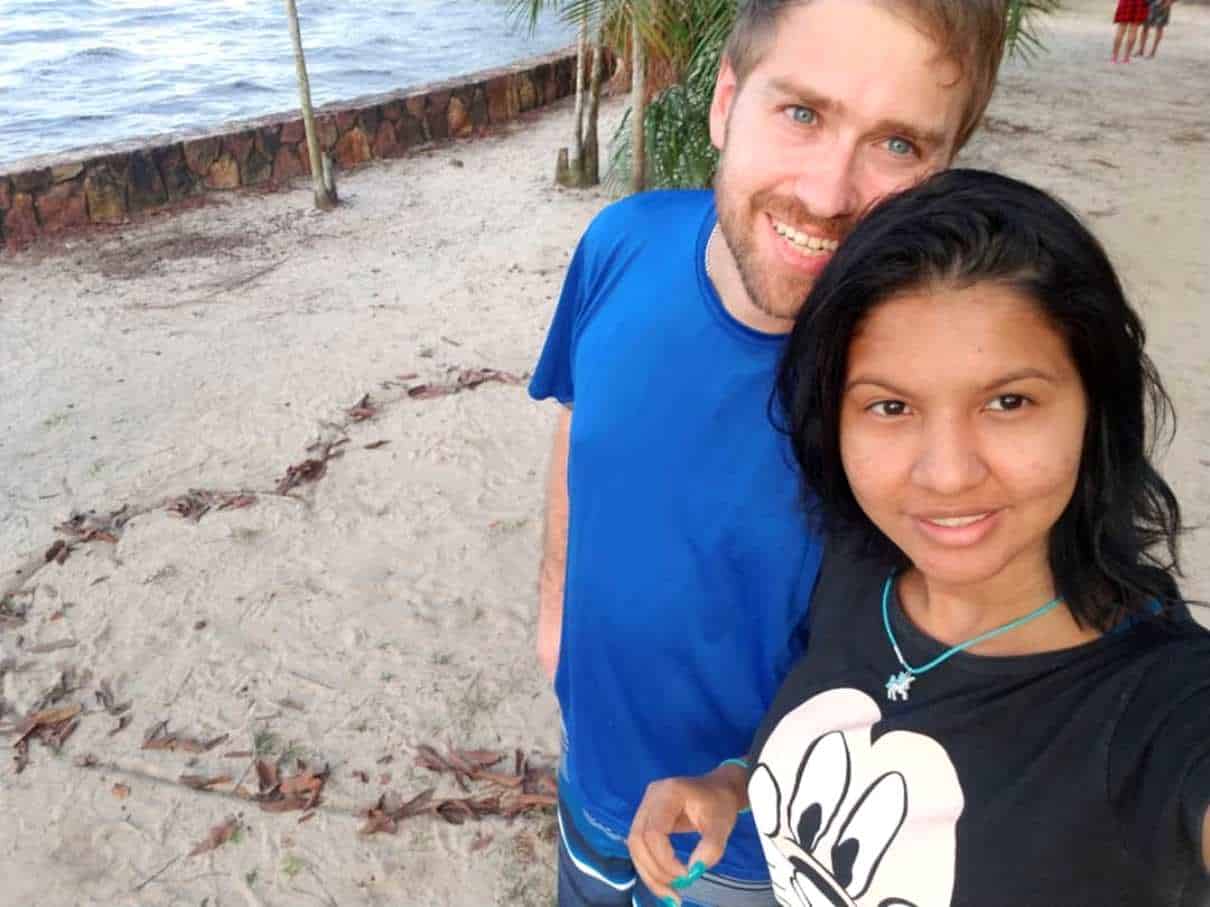 Following the dramatic tell-all episode of the second season of 90 Day Fiance: Before the 90 Days, Paul Staehle has been on the receiving end of a ton of backlash after he told his pregnant wife Karine Martins that he would be getting a DNA test on their unborn baby as soon as she gives birth.

Karine, 21, burst into tears and many fans thought Paul, 35, was out of line. During the tell-all show, Paul claimed he wanted a DNA test because he caught Karine flirting with other guys, something she denied.

So, following the tell-all, Paul tried to clean up his comments by claiming he wanted a DNA test simply because he would need to prove paternity in order to get his unborn child a United States citizenship, as Karine is currently in Brazil.

He took to his Instagram page on October 16, to simply post a screenshot of the USCIS (United States Citizenship and Immigration Services)
website on the topic of how U.S. citizens can get citizenship for their children who are born out of the country. 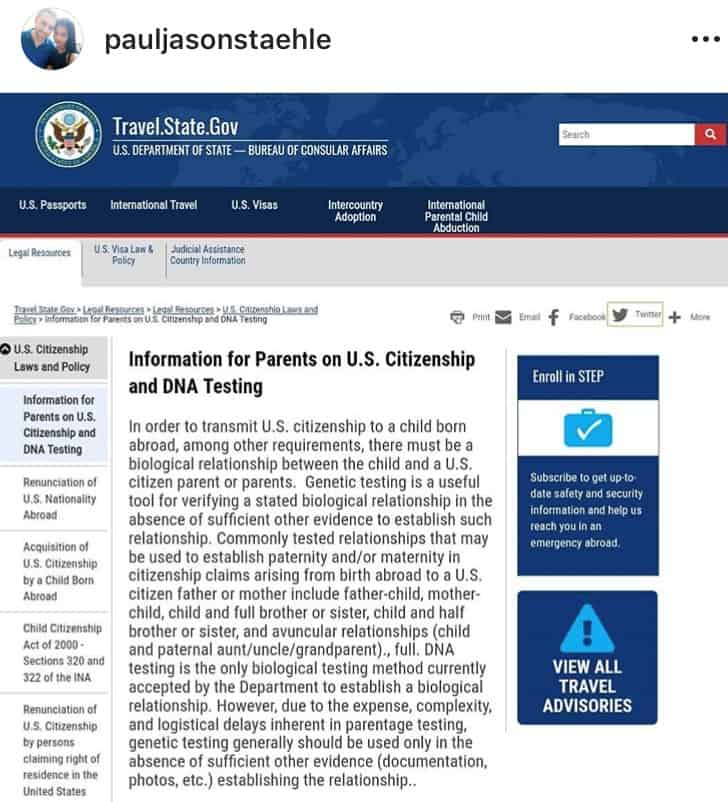 Right away, many of his followers called B.S. on his claims because it says on the government’s website that a DNA test is NOT necessary to prove a parental relationship as other forms of sufficient evidence, such as “documentation, photos, etc.” could be used in establishing a biological relationship.

When Paul’s claim didn’t fly, he then started blaming his need for a DNA test on Karine’s supposed promiscuity as he repeatedly asked his followers if they had seen “recent sex videos or photos” of Karine with another man that had apparently leaked online. 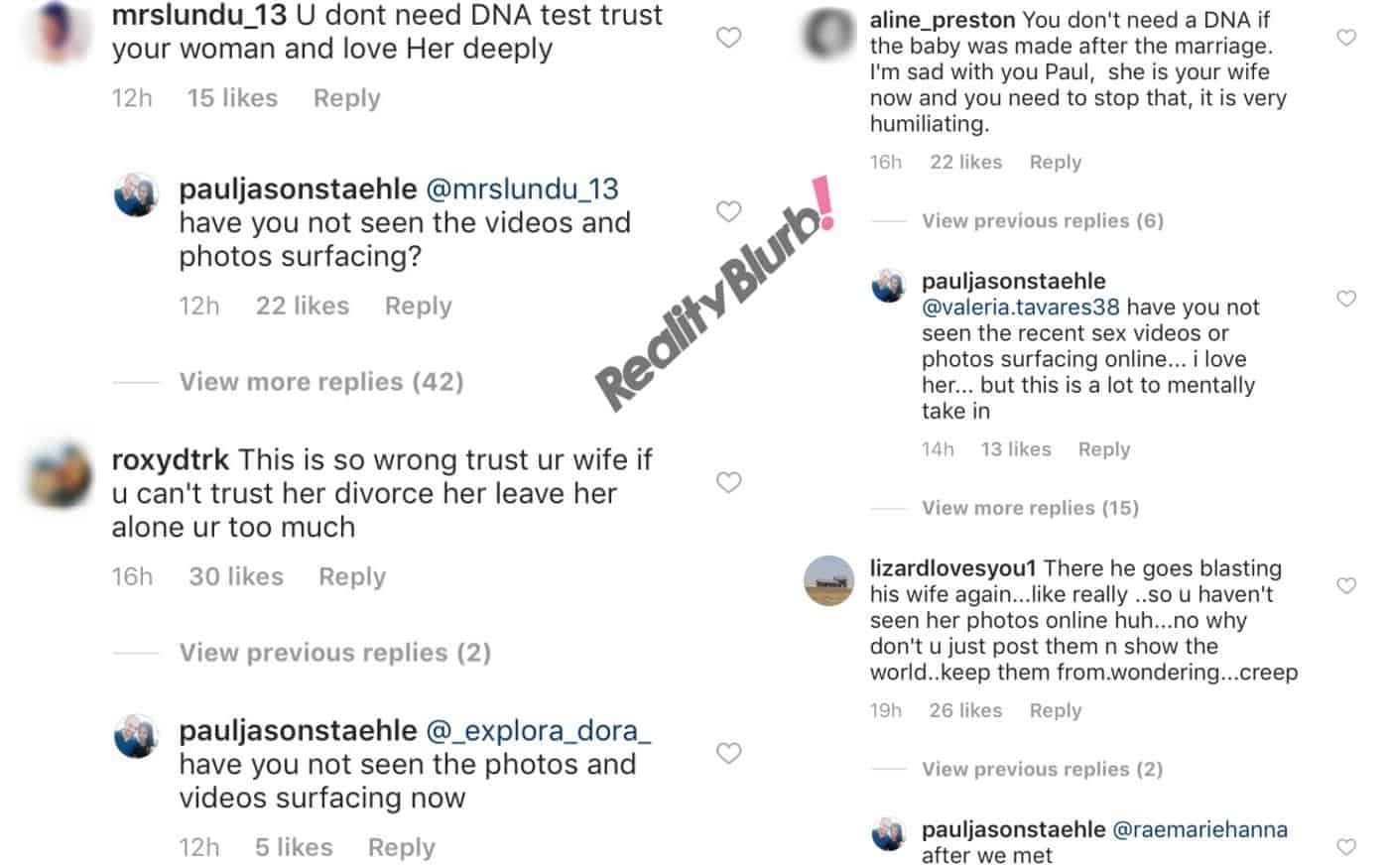 Many of his followers weren’t aware of any such footage of Karine leaking, and then hours after making his posts, Paul took to his Twitter page to post photos of Karine with that other man, claiming the man in the photo had leaked these images to get back at Karine.

He wrote, “This man is posting revenge p*rn of Karine please help Karine criminally prosecute him. Report him and send any info to help Karine to Karine to give to the police. She can prosecute him and he will be charged regardless of where he is.”

Paul also made sure to include a screenshot of the images of his wife. 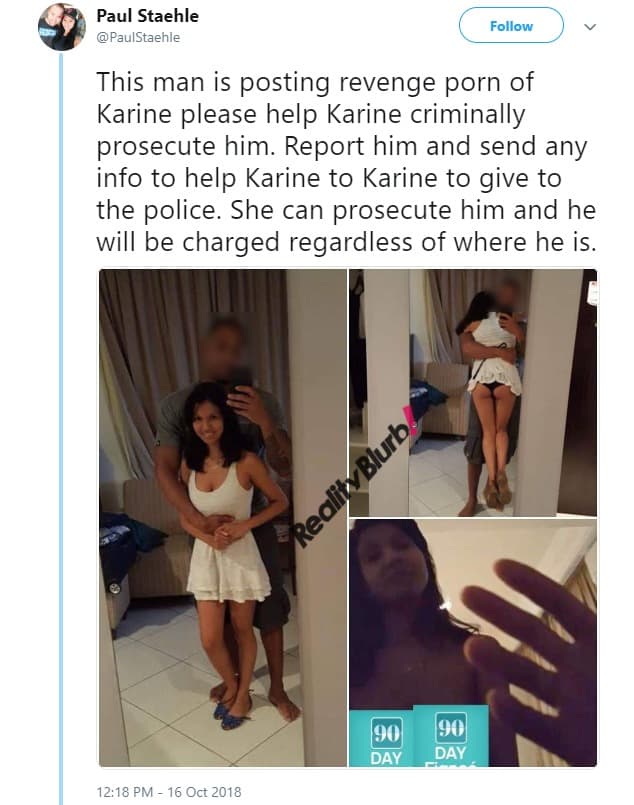 The woman in the photo does look like Karine, but younger. When a follower told Paul the photos appeared to be old, he once again threw his wife under the bus by claiming they were taken during a period he and Karine had started dating.

Paul’s actions led to some fans wondering if he was in fact the one who leaked these photos of Karine in an attempt to make himself look better. However, in doing some digging, it appears the photos originated on a 90 Day Fiance Facebook fan group and was first shared on the morning of October 15.

Even more, someone claiming to be the man in the photos is denying he leaked it and is threatening to sue Paul if he doesn’t take down the images.

A twitter user by the name of mrodrigez3 wrote, “Take my damn picture off of your websites before i sue you for defamation of character. I am not receiving a check from TLC so keep me out of your drama. You are using my image and lying on my name, i will sue you.”

He added, “I will sue you, regardless of where u are. i want a post apologizing 4 defaming my name. I will not be a episode of ur show, u want to use my image then cut me a f**kin check.”

A screenshot of the tweets are below. 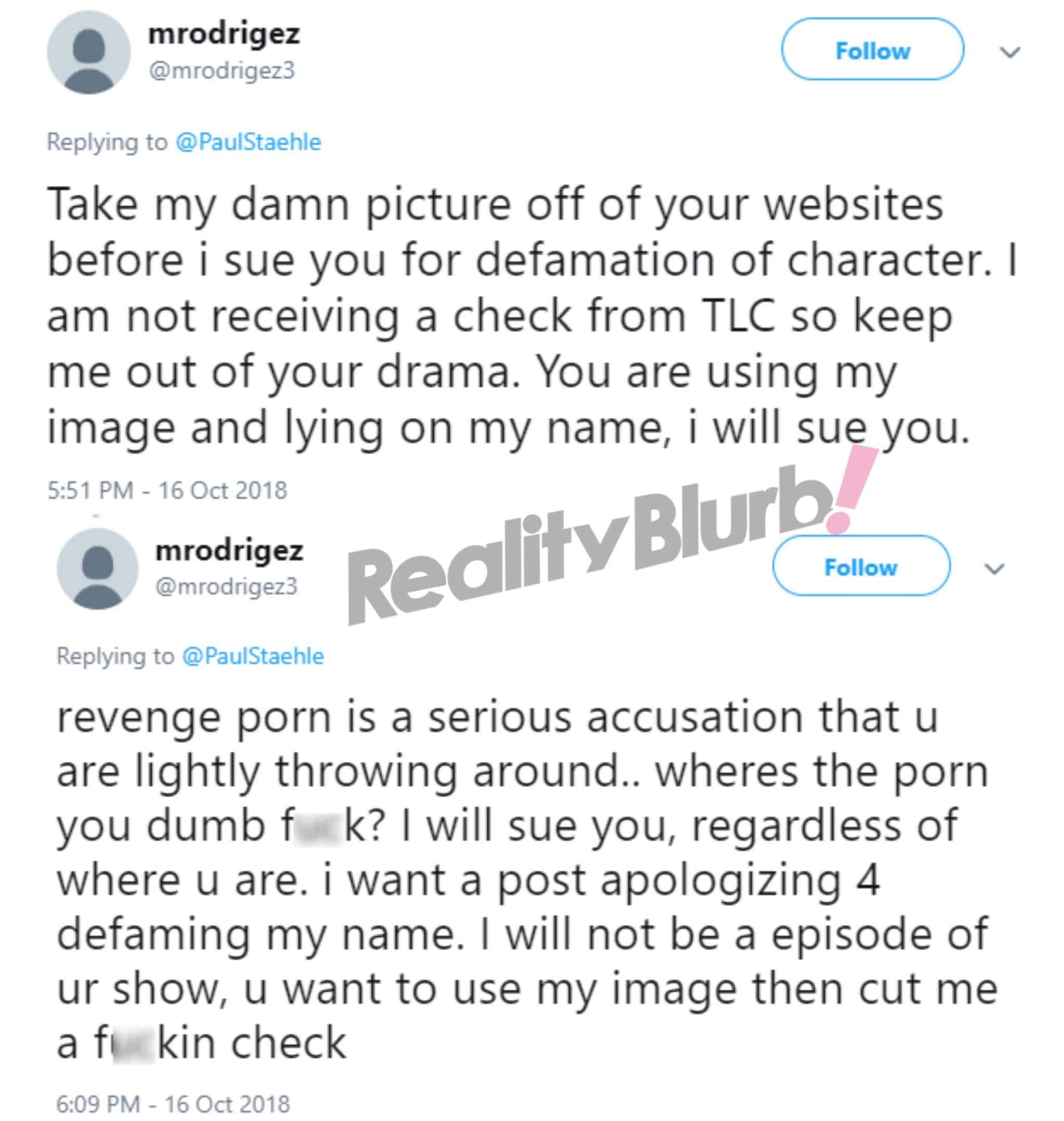 As for Karine, she has deleted all of her social media pages, something Paul blames on fans who he claims are stressing Karine out.

Paul tweeted, “Karine has uninstalled Facebook and Instagram from her phone. The negativity from fans has overwhelmed her. We appreciate you watching the TV show. But it is a TV show for your personal entertainment . Please do not [harass] or stress out my pregnant wife.” 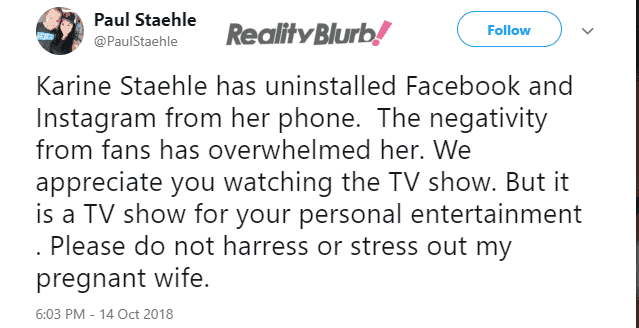 It’s also plausible that her husband accusing her of sleeping around on national television could have made her upset.

Finally, Paul revealed the gender of his baby with Karine, stating that they are expecting a boy! He also confirmed that Karine is still in Brazil and they are working towards her coming to the U.S. in December.

He wrote, “Me and Karine Staehle are both still happily married. She is pregnant with a boy due this March.We are not signed for any additional seasons. I have a job. Karine is having medical problems and is traveling to USA to spend Christmas with my family.”

TELL US – THOUGHTS ON THE LATEST DRAMA INVOLVING KARINE AND PAUL?